The Strain‘s fourth and final season is under way on FX. And as we learned at the 2017 SDCC, no one is safe. The fourth season is much different from the previous three seasons.  Our heroes have lost a major battle against the strigoi master. The hard part of that is, it was a human who defeated them. 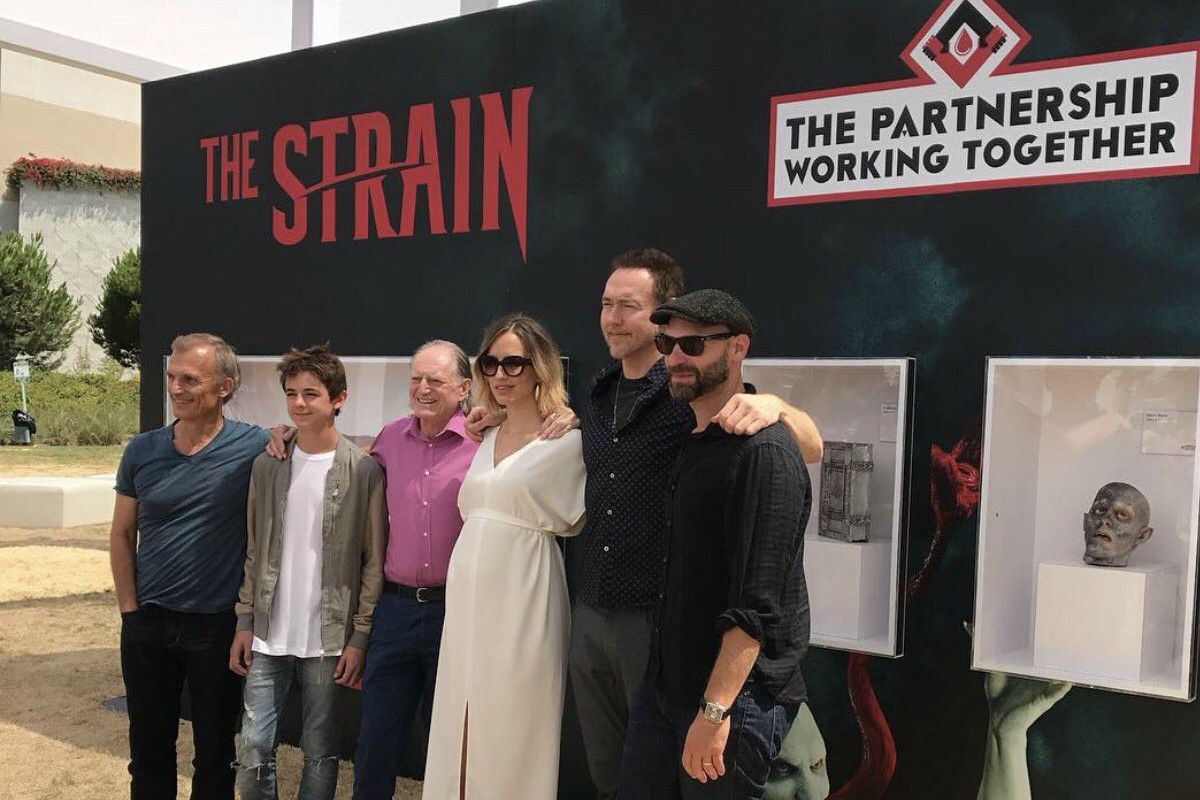 The panel began with a preview of episode two of the final season.  The cast participated in a parody video of the cast going to Cuse for therapy.

Cuse gave clues about the final season without giving away too much. In the first episode of season four, humans are forced to give monthly blood donations. And Type B is in high demand. “The strigoi’s affinity for B blood type becomes a key part of the narrative this season.”

Cuse goes on to say that each character will have a definitive ending and that anyone of the characters can become The Master. “No one is safe.  Not everyone survives.” Cuse described the ending of the narrative as “cool and surprising.”

RELATED: SDCC: FX RETURN WITH LEGION, ARCHER, AND THE STRAIN

The cast talked about their favorite scenes.  A scene in season one when all of the heroes come together at a gas station stands out for many of the cast.  Sammel said his favorite was the first and the last interaction between Eichorst and Setrakian. Stoll’s favorite scene will be seen in the series finale.

Stoll stated that the writers did a good job of staying true to the spirit of the book and the show.  Sammel added that it was “courageous” decision to stray from the books. He says the move allowed for new storylines and characters. Gedmintas’ character Dutch is one of those characters.

An audience member asked if the cast ever got scared of the vampires. They stated that they are more afraid of Durand. Durand is the prankster of the group. He says everyone is afraid of what he’s up to.

In addition to the panel, fans can visit the FXhibition to check out props from The Strain and pick up some “life-saving” sunscreen to protect from the harmful rays of San Diego.

Friday night, FXhibition will feature episodes 1 and 2 of the final season.  There will be treats and giveaways at the special screening.

The Strain’s final season continues on Sunday nights on FX.