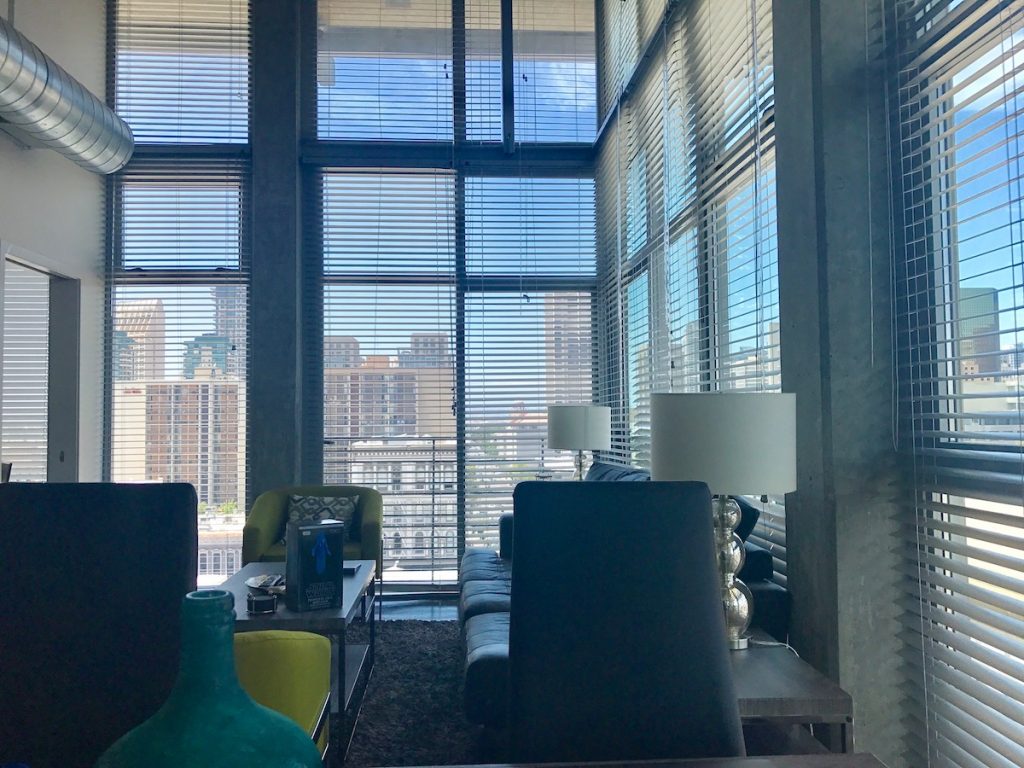 Day two at Nerdigras. Started this one bright and early. Mainly because the condo we’re renting is entirely surrounded by floor to ceiling windows. Terrific for views, kind of terrible for keeping out the sounds of a screaming drunk dude in Harley Quinn drag wandering the streets of San Diego at 3am. Also, we’re directly above a Fogo de Chao Brazilian steak place and the smell of all you can eat grilled meats is our constant companion. But on we go. Here are some stray thoughts (and photos) from the first part of my day.
– I saw a man in a full Batman costume drop his just purchased Venti latte on the ground. The Dark Knight is always grim… but I’d never seen him so sad. So very sad. I left him to feel his feelings in private.
– Hit the Nerdstrong Gym panel at the Marriott (writing more on that over at GGA). Those folks are truly inspiring. And Pokémon Go got a lot of love for making nerds walk in the sunshine. #Fair 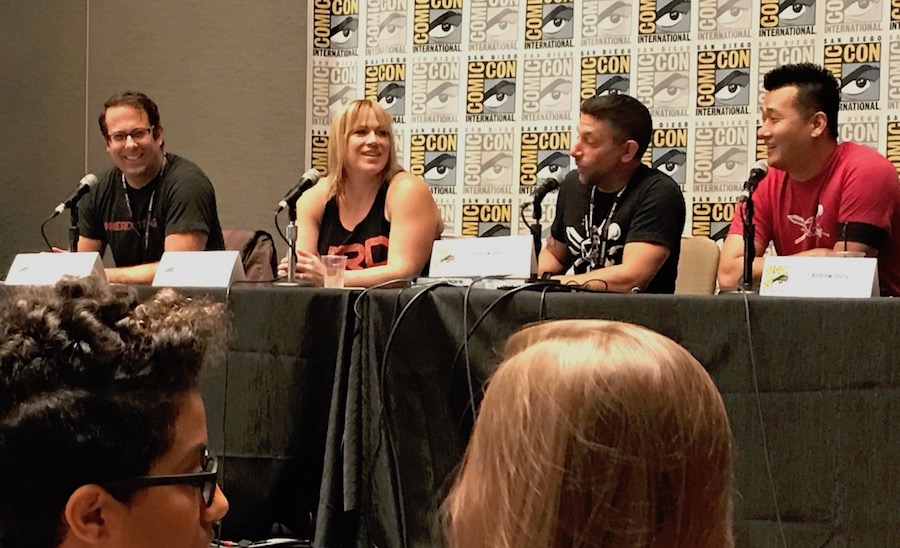 – Hit the floor to buy more stuff I don’t need (but which I can’t live without) and saw a booth repping landspeeders for kids. Little, tiny landspeeders! We live an age of wonders. I did not buy one, but I did successfully look like a creep taking a picture of someone else’s kid. Terrific. 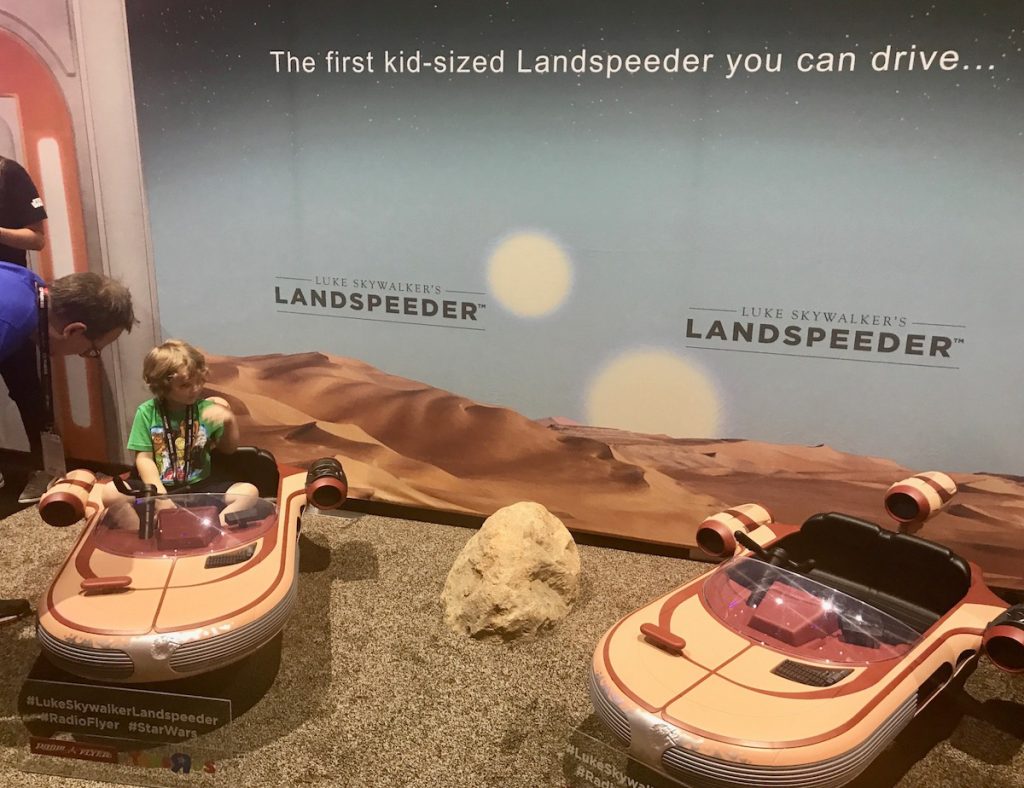 – Speaking of creepy, I stopped on the way back to watch a full marching band playing on the corner, repping some event or another. No one else was there. Just me standing really close to them with a smile on my face. Then I became suddenly self conscious that I was probably becoming the subject of someone’s, “Look at this weird geek at comic-con” photo and shuffled off suddenly, increasing my creepiness by ten fold. Whatevs. I’m just as the Lord made me.

Spent a large part of the day walking around and people watching. Of course, all the cosplayers are great. Favorite so far (and I didn’t get a photo…sigh) was a mash up of Yondu from Guardians of the Galaxy and Mary Poppins from… well… Mary Poppins. How does that process work? What complicated urges is this gentleman satisfying with this costume? Not sure, but he looked happy and his longing to blend a murderous space pirate with a magical nanny has been sated. So, godspeed Yondu Poppins, you’re the tops. Eventually I rambled back to the condo and sat around for a while looking at the Princess Leia hologram statue I’d just purchased from Gentle Giant and telling myself that I should just leave it in the box until we get back to LA. 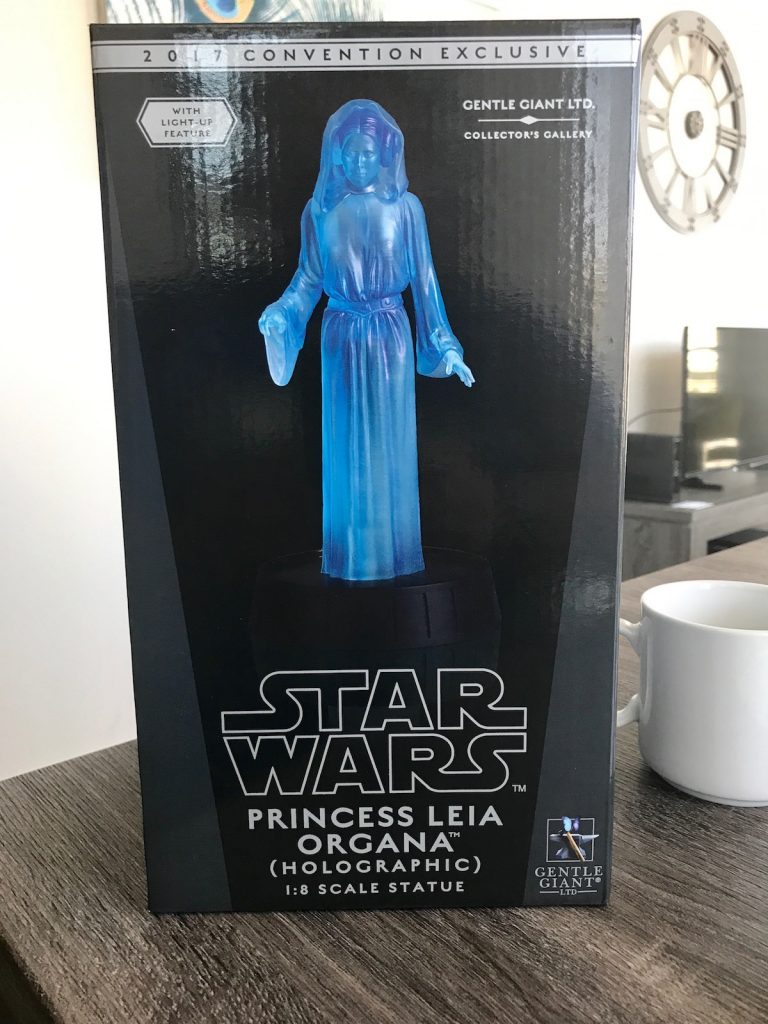 Then, seconds later, I opened it up and put it together and I was suddenly a boy on a moisture farm in some backwater system getting a message from a beautiful princess. That only lasted a second though, because right after that I remembered I was a 46 year old man who had forgotten to take his cholesterol pill. So there’s that.

All I want to do is sit in a dark room and play this over and over. Hi! I’m 45! pic.twitter.com/N9uORLWO2w

Then the sun went down and we moved into the “Comic-Con By Night” phase of the day. We hit a media mixer/cocktail party with the cast of Wynona Earp. They all seemed nice, but the club the party was housed in had a real “we have drains in the floor so we can hose this place down at night” vibe. Which, I suspect, is the rear round vibe of San Diego. A couple of watery gin and tonics later we beat feet and hooked up with a couple of friends at the Geek and Sundry Party. Very crowded. Lots of loud music and people getting down on the dance floor at a party sponsored by a brand of rum. Except for the Game of Thrones t-shirts and the elevated number of adults wearing back packs, the whole thing looked exactly like a party in Hollywood. Comic-Con 2017, my friends. No comic books here, just thumping bass and room keys being exchanged. I didn’t dance of course. I’m an old school nerd and I respect our traditions. I know a geek’s proper place in a dancing situation is to stand off to the side making snarky comments about the music. These young dorks, with their trim bodies and confidence… who do they think they are?! Kidding, of course. Live your best life young geeks! More tomorrow, I need to play with my new toys.

Why are these geeks dancing? Don’t they know a nerd’s place is against the wall making snarky comments? pic.twitter.com/Mik6aR8Ulo