Broke my glasses and spent the first part of the day trying to get them fixed. So while people’s geeky dreams were coming true down by the convention center, I was navigating the halls of an old, musty building in the Gaslamp district trying to get a jeweler to solder the broken bits back together. I had a difficult conversation with an ancient Austrian man who told me he wouldn’t risk “melting my specs” (his words) and off I went with broken glasses. Is there anything nerdier than glasses problems? Probably. So with the day waning, I made my way to the Wired Magazine party in the Omni in hopes that free drinks might save me. But, while I did make it to the party and see some pals, it was the cosplayers on my way there that did the saving. The passion and joy they exude is pretty great. And, at the risk of getting sappy, what this whole shit show is all about. So thank you super fit air-brushed She-Hulk, diner eating Silver Surfer couple and phone charging Deadpool! 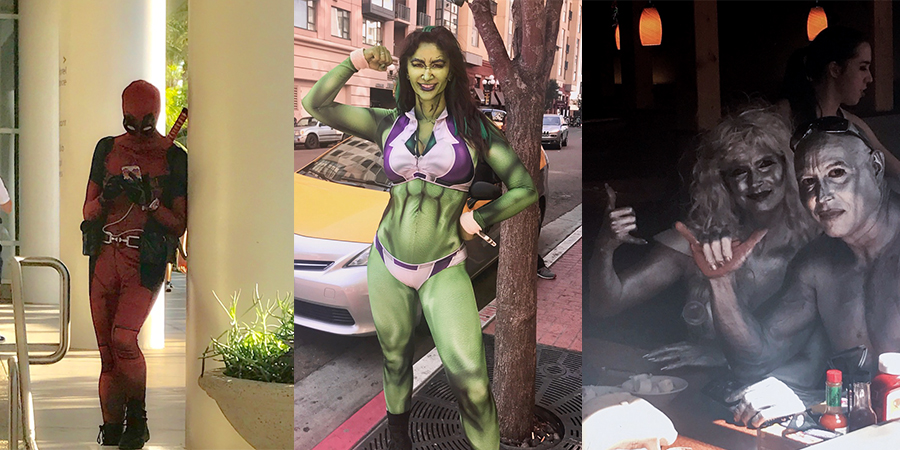 You guys tickled my geeky bone! Wait… that’s gross, right? Oh well. I’ve got a geeky bone and I don’t care who knows it! Ok, Comic-Con-By-Night begins again in a little while. Until then, this drink and this sunset. 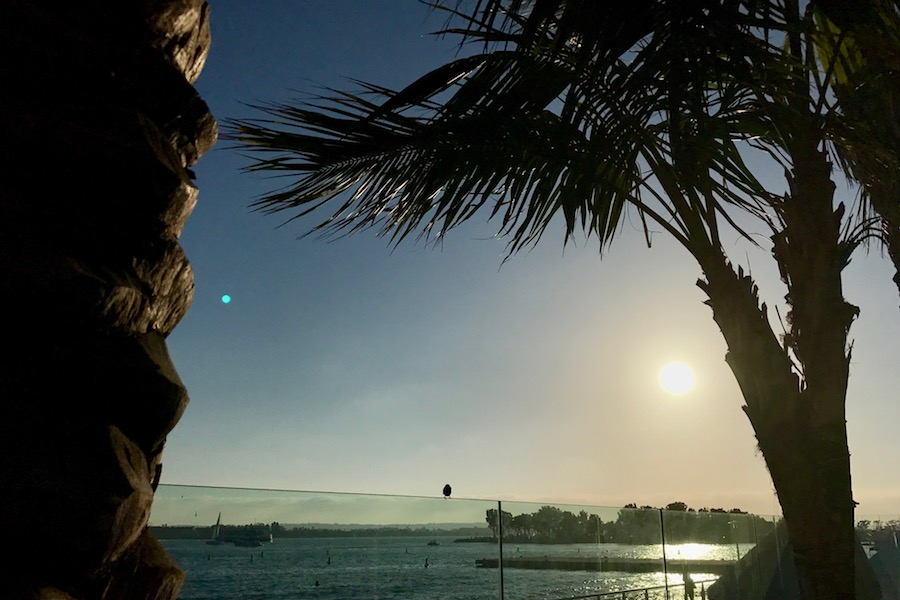 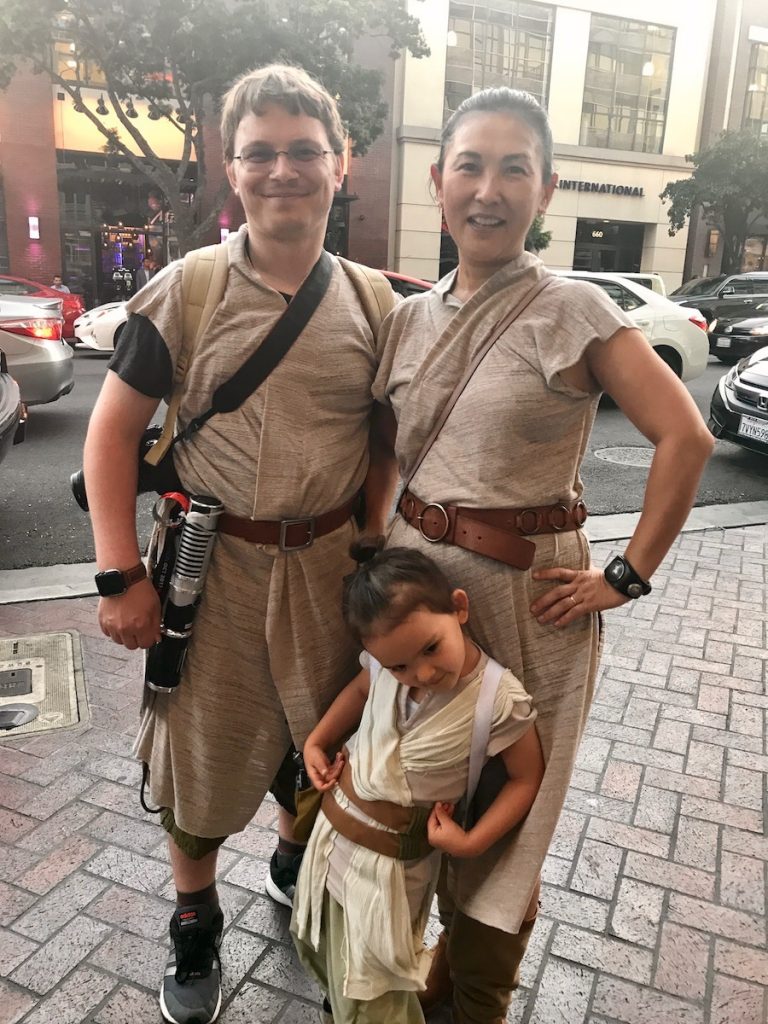 Under His eye… and across from Hall H. That’s where I met these ladies. As well as a 73 year old Harley Quinn walking with a cane. Ok, I’m sleepy now. 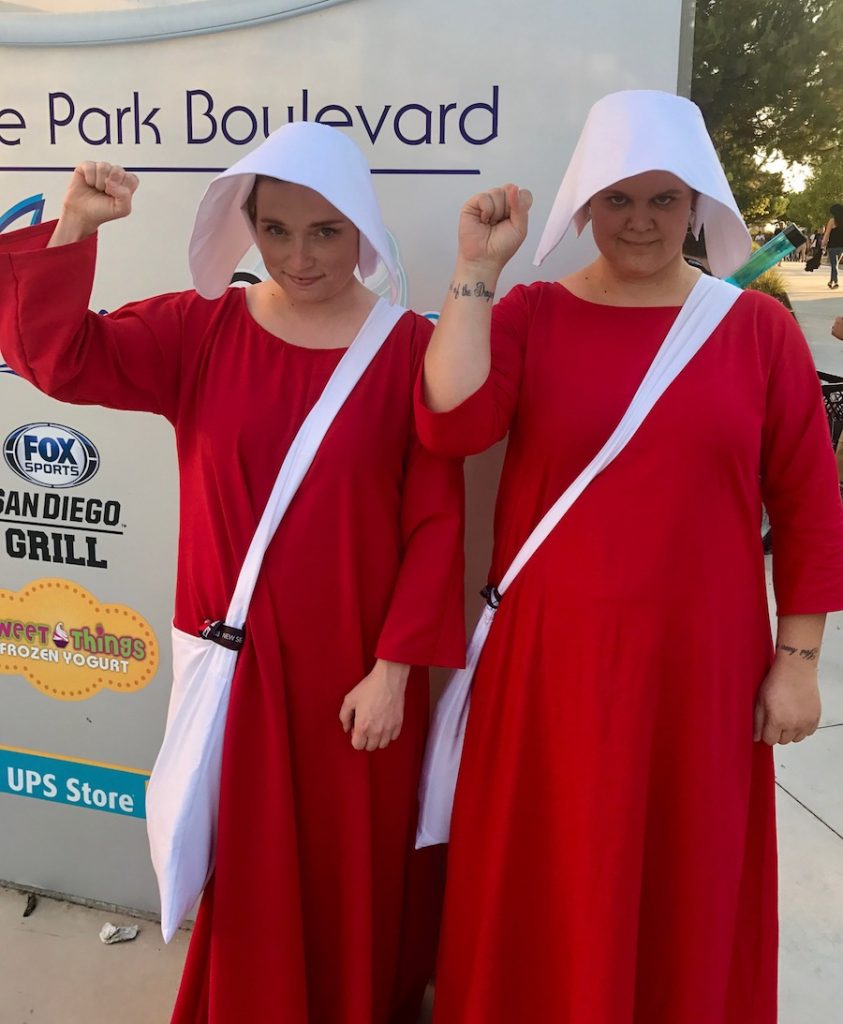 Comic-Con is big. Like, really big. Everywhere you look something exciting/weird/funny/disturbing is happening. Look right and there’s a slightly chunky Flash pulling his underwear out of his ass and look left and there are a bunch of people doing a moving trivia contest on a contraption that they pedal around the streets. 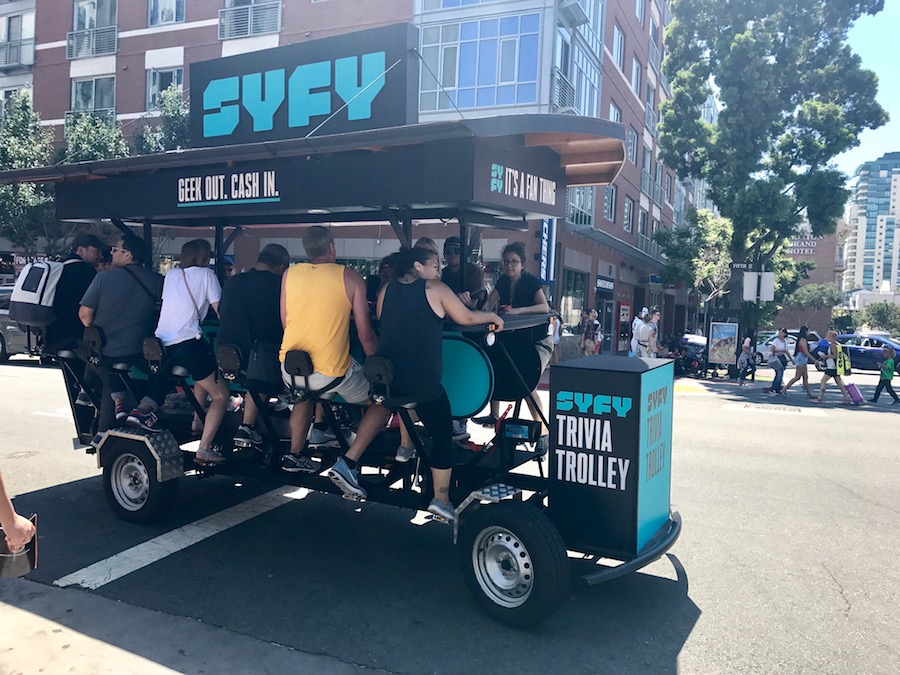 It’s overwhelming. And, in many ways, it’s all about choices. What to do and when? Where to go and how to get there? Who to meet up with and whose text to ignore. For instance, walking back from the convention center at about 7pm we were faced with a choice. Take the pedestrian bridge by Petco Park, which was kind of out of our way, or take a more direct route in front of the Convention Center. We chose the latter and walked right into a massive scrum or, if you prefer, hoard of con goers lined up to cross the train tracks. A poor choice. Almost as poor as the one the city planners made when they put fucking active train tracks in front of a convention center. I am always astounded (and relieved) that there aren’t dozens of Deadpools and Steampunk Wonder Womans creamed by locomotives. After surviving that crush and emerging into the dewey, grabby, shouty streets of the Gaslamp Quarter, we made another choice: skip the night events, go back to our condo, hook up the Apple TV (never leave home without it) and watch a movie in our pajamas. This is an example of a good choice. Because, while the movie we chose, Life, was predictably shitty, we were happy not to be mixed up in the madness on the streets. Sometimes PJ’s and bagged popcorn trump whatever Diplo is doing at the Viceland party. Plus, with our fishbowl condo, it’s like we’re right in the shit anyway. Best of both worlds.