Season 5 of the CW’s Arrow left us wondering who lived and who died in that island explosion.  The cast and producers came to SDCC with a trailer and some big casting news.  Michael Emerson of Lost fame will join the show as a “person of interest.”

As for who survived that explosion. No one is talking.  In the trailer, Dinah Drake (Juliana Harkavy) and Laurel Lance (Katie Cassidy) do survive the explosion. They continue their epic Black Canary battle in Star City.

One thing is for sure, Oliver’s biggest challenge will be developing a relationship with his son William (Jack Moore)

Guggenheim said the show will immediately answer who lived and who died.  He also teased the big CW crossover event for this year, saying it would be “bigger and cooler than aliens,” and will lead to “some really big emotional changes across all four shows.” 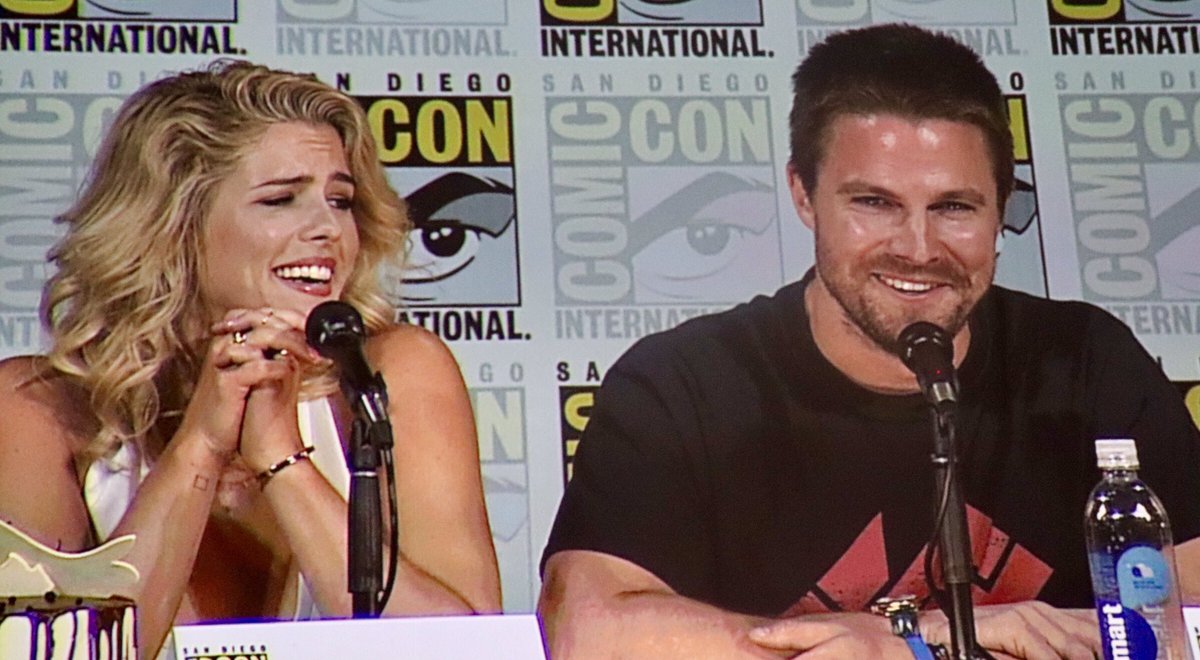 Amnell expressed an interest in crossing over with another CW show Supernatural.  He would also like to see a crossover double wedding for Oliver and Felicity and The Flash‘s Barry and Iris.

In addition to Emerson as a villain, Guggenheim said the flashbacks will be character specific this season, including a Slade Wilson flashback story.

Guggenheim stated that in addition to Emerson being cast as a villain, fans should look for multiple villains.  That includes David Nykl as Anatoly Knyazev, who will return with a literal vengeance.

He also said to look for a really cool announcement about Richard Dragon from the comics.

As for the Vigilante’s identity, Guggenheim would only say, “you can probably expect that whoever is underneath that mask is a face that is familiar to you.”