Home » Movies » The Final SCREAM Trailer Is Here – Are You Ready?

The Final SCREAM Trailer Is Here – Are You Ready?

With just a few days until the official release of Paramount Pictures and Spyglass Media’s fifth installment of the Scream franchise, it’s time to take a look at the final trailer. I have been patiently waiting for this film and this final trailer gives me everything I need to make it through these last few days. It proves that while there are rules to horror movies, just like Randy (Jamie Kennedy) taught us in the first film, this one is throwing them all out the window. The past is coming for Woodsboro and there seems to be nothing anyone can do.

RELATED: Movie Review: For the Sake of Vicious

Or is there? The Scream trailer doesn’t give us any more information on who is donning the Ghostface mask or their real intentions, but it does nail home the idea that this is connected to the past. From the beginning, we have been treated to ideas that everyone within the film is tied to the first film somehow. We get glimpses of Stu’s (Matthew Lillard) house and even some easter egg scenes like Jack Quaid‘s “I’ll be right back.” But while we have the three original survivors, Sidney (Neve Campbell), Gale (Courtney Cox) and Dewey (David Arquette) and callbacks to the original films, this feels like something completely different.

I have shared before that I always felt that Scream 4 felt like it drifted too far from some of the core elements of the original trilogy and while it was still a good horror film, it wasn’t a great Scream film. And while yes, this new installment looks and feels different, it doesn’t give me the same touch feels that its predecessor did. Now, that’s not to say I won’t get into the theater and all my worst fears won’t come true. But, after this final trailer, I have more faith than I have in the last few months. Thankfully, we only have a few more days to go to find out.

Scream hits theaters this Friday, January 14, 2022. Check out the final trailer below, along with the film poster. What theories do you have? Do you think Dewey is behind it all? Or are you in the same boat as others who think Stu is actually alive? Let us know your theories in the comments below and on social media! 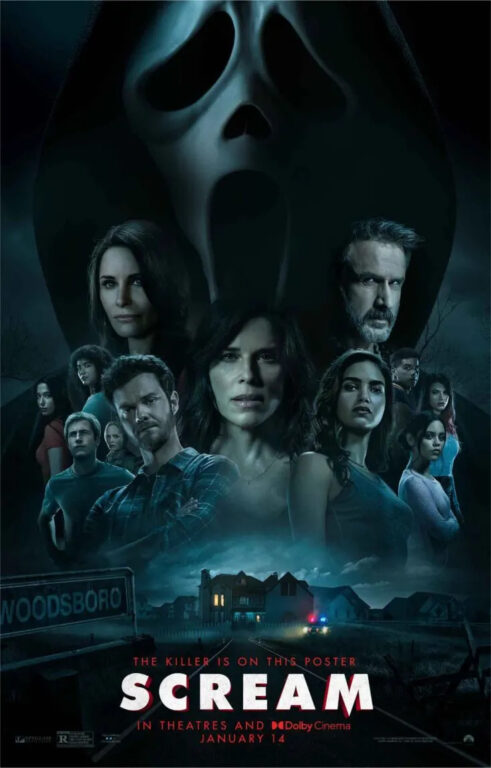