Rumor: THE LAST JEDI 70mm Trailer Attached to GUARDIANS OF THE GALAXY VOL 2 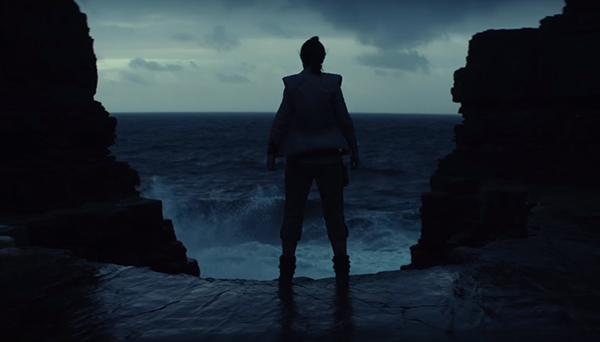 Star Wars The Last Jedi first teaser trailer appeared on our screens merely a few weeks ago. According to StarWarsNewsNet, there’s a possibility the trailer will be debuting in IMAX in front of Guardians of the Galaxy Vol 2. Nice! I may have a nice TV but not IMAX nice.

According to StarWarsNewsNet, a fan of the site who works at IMAX theaters has the reel for Guardians of the Galaxy Vol 2. On that reel it has a list of trailers and one of those is The Last Jedi. The photo of proof is very blurry and grainy but you can make out The Last Jedi on the reel. And it makes sense for the trailer to debut as both are Disney properties.

It’s not confirmed if the trailer will also be making it’s way on digital releases or in other theaters but we can only hope so. Then again, I may be too busy flailing about The Last Jedi to fully enjoy Guardians, but we’ll see. Fingers crossed, everyone!

RELATED: 5 Things We Learned (Or Might’ve Learned) From The STAR WARS THE LAST JEDI Trailer

What do you think of the possibility of seeing the trailer in IMAX? How beautiful do you think those shot of Ahch-To will be in IMAX? Let us know and be sure to come back to Geek Girl Authority for more Star Wars news! The Last Jedi will be in theaters December 15th (aka not soon enough).