Willow fans, try not to jump out of your chairs. Ron Howard and Warwick Davis reunited on the set of the Han Solo film after 30 years. Yes, 30 years! While Howard is busy with reshoots for the film, it seems some of those reshoots included Davis!

A fan on Twitter had asked Howard that since he’s returned to Lucasfilm, would there be a sequel to Willow? Howard dodged it like a pro and instead mentioned that he had worked with Davis just today and it made him “very happy”. So unfortunately, there’s still no news on the sequel front. But hope remains! 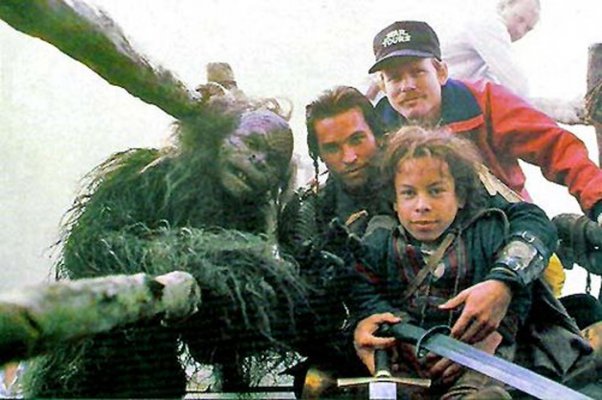 As for Davis, this is an interesting bit of news for me. We knew he had a part in the film, as it was revealed in a video for an Omaze campaign. He gave fans a “set tour” to give fans a “sneak peak” at the film. So! What I had thought to be a smaller role for the Star Wars legend, it may be expanded upon. Given that he has to go through reshoots. Now that’s pure and good ol’ speculation. But something to think about.

What do you think about it? Would you like a Willow sequel? Let us know! Be sure to come back to Geek Girl Authority for more Han Solo film news!

Glad you are asking for one! I directed @WarwickADavis for the 1st time in 30 years today. It made me happy https://t.co/yW8E19MPCn