It’s back! Oh, how I’ve missed Riverdale and Archie and the gang. Hell, I even missed Sheriff Keller, and that guy’s about as useful as, well . . . he’s not useful.

As a show, Riverdale is grounded by its characters and driven by their stories and motivations. Sure, most of those characters are crazy (Cheryl, Mrs. Cooper, Mrs. Blossom, to name a few), but they’re the cornerstones that make Riverdale the dark and foreboding town that it is.

And there’s a whole lot of new crazy going on this season. While the first season was anchored around the disappearance and murder of Jason Blossom, season two looks like we may have a serial killer on the loose. Let’s dive in . . . 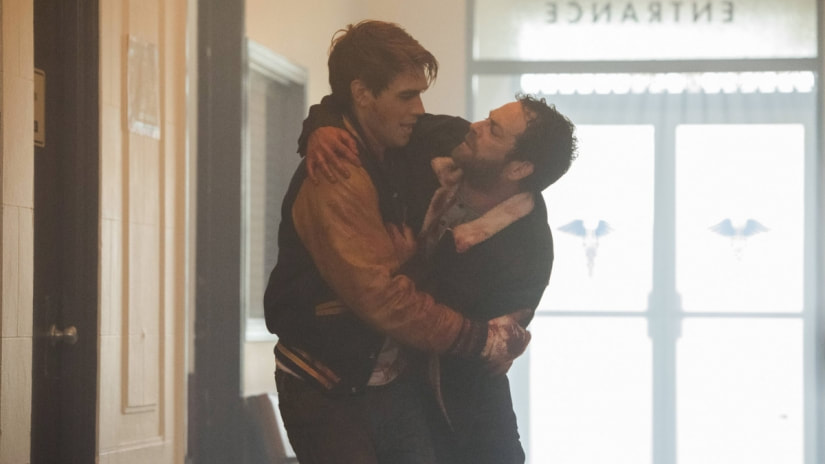 In the season one finale, Fred Andrews was shot while at Pop Tates and season two picks up right after that event with Archie sliding around the snow covered streets of Riverdale in order to get dear old dad to the hospital before he bleeds out. With the pool of blood at Pop Tates, the blood in the truck, and the trail of blood from the truck to the hospital, Fred should be long dead. But this is TV land, and things are magical here. The intro is once again over-scored by Jughead who appears to be back in the narrator’s chair.

Hey! It’s new Reggie! You can tell he’s new; he still has that new Reggie smell.

While Fred fights for his life in the hospital, he enjoys a few jumps to the future; flash forwards that depict Archie and Veronica’s wedding, Archie taking over the family business, Archie proposing, etc. It’s the wedding flash forward where Fred once again throws himself in front of Archie to save his life, which pushes him to return to the land of the living to let his much relieved son know that he came back to protect him. Foreshadowing? Maybe . . . 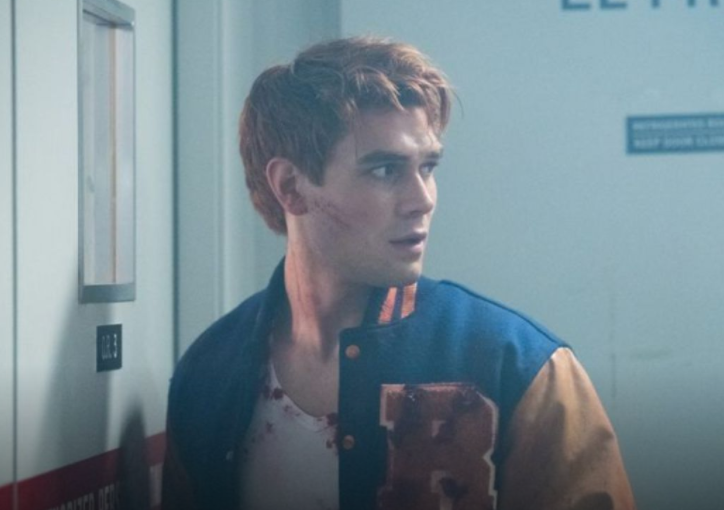 The core gang of Betty, Jughead, and Veronica arrive at the hospital to support their blood-soaked friend. Throughout this episode, the person who wins the award for most growth has to go to Veronica. Not only does she learn how to walk a dog, she also learns what it means to be a supportive girlfriend, even when Archie doesn’t want the support, and offers up shower sex as a form of comfort. Could it be that Veronica Lodge is the perfect girlfriend? I’m going with ‘yes’. On top of that, she takes a well-placed jab at her mother accusing her of setting up the hit on Fred. While Hermione is the most obvious culprit as she’s been vying to distance herself from Fred and show her support for her newly released husband, she’s also too obvious so we need to dismiss her as a suspect. ​ 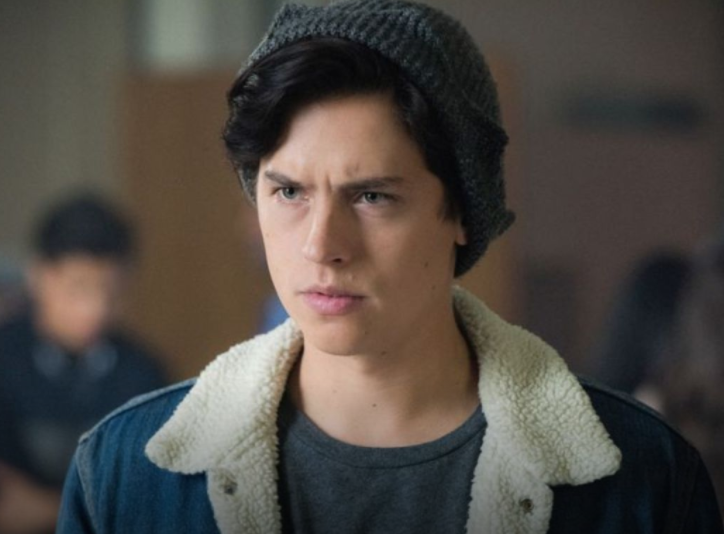 In Betty and Jughead’s world, the struggle is real. Jughead says he isn’t a serpent, but Betty thinks otherwise and Juggy all but confirms he needs to embody his father in order to win some sort of love from the old man, or something to that effect. He even goes as far as asking the Serpent’s for help in tracking down Fred’s attacker. And while they hit a dead end, you have to admire their resourcefulness and their dedication to FP as they drag some guy into Jughead’s trailer and beat the crap out of him. Fortunately, Betty being the understanding girlfriend that she is decides to accept whatever Jughead needs to do. Nothing says ‘I love you’ like giving your blessing to join a dangerous group of motorcycle-riding criminals.

Mr. Lodge (played by Mark Consuelos) is certainly an update from the comic book’s old mustache monopoly man, and carries a sense of cold ruthlessness that will be fun to watch develop. Once again we see that Veronica is having none of it, standing up to her parents and delivering a hefty dose of sarcasm, operating under the (possibly factual) belief that they’re both truly evil.

Strap in for the long haul kids, it’s going to be one helluva teen-angst-murder-filled ride.

And then there’s my fave character, Cheryl, who has returned with her own patented blend of sunny disposition and slightly crazy red-headedness (probably a real word). Last time we saw her, she was busy burning down her family home. Did anyone else think that maybe Cheryl pushed her mother into the fire? The story, according to Cheryl, is that Penelope ran back into the house to get a family portrait (or maybe one of Cliff’s wigs) and was badly burned. This situation allows Cheryl to show her mother who’s boss, and every single scene with her is glorious to behold. Shut up, I like gingers. 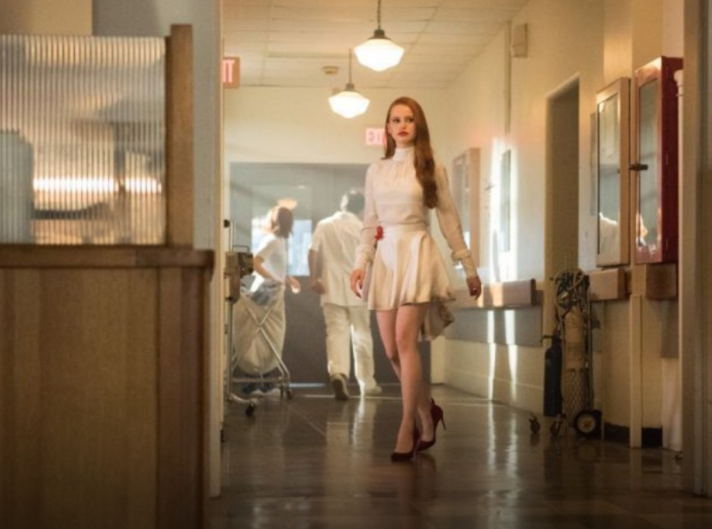 No season opener of Riverdale would be complete without an actual murder, and while Fred appears to be making a recovery, a few towns over a familiar face is up to her old tricks, but not for long. Ms. Grundy is once again preying on the young until she’s silenced for good by our green-eyed killer.

I’m not sure how Fred being attacked and Ms. Grundy getting played like a cello are linked, but it’s going to be fun finding out. Even more exciting, we’re getting a full twenty two episodes of Riverdale goodness this season. Strap in for the long haul kids, it’s going to be one helluva teen-angst-murder-filled ride.

Now the real question is, will Sabrina be making a cameo on Riverdale before her own show is launched? (The Chilling Adventures of Sabrina, now in development – reported September, 2017)
​ 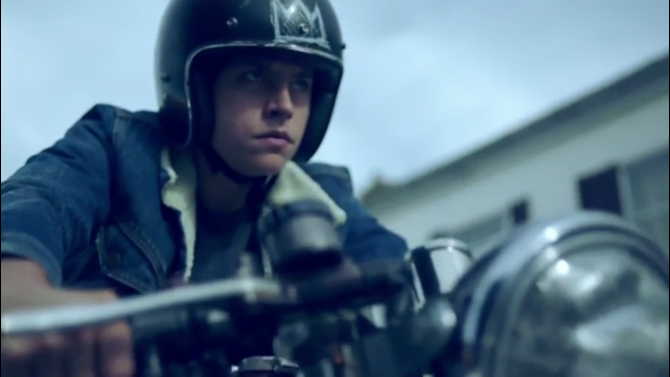