Everyone in Riverdale wears a mask according to Jughead’s dark and ominous narration in this week’s new episode titled ‘Death Proof’. And he’s not wrong. From black ski masks, to rubber serpent masks, to the wolf masks from last season, to this season’s red circle head gear, there are truly a lot of masks in this town. Oh wait, he was using the mask statement as a metaphor . . . ? Okay fine, it’s less interesting, but let’s talk about that . . .
Last week was a shocking turning point for Betty Cooper as she pointed the finger of death at Nick St. Claire, and this week we saw the result of that. Nothing. That was the result. The Black Hood likes to play his little games, doesn’t he? After racing to find out if the Hood made good on his word, she finds a slightly beaten up Nick being taken in for questioning. There was a lot of ‘will he get away with it or won’t he’ in this episode. Fortunately there’s more than one angel of death (or near-death) in Riverdale . . . Upon hearing Veronica’s confession that Nick tried to force himself on her, the Lodges arrange for an ‘accident’ as punishment. Something that Veronica happily revels in. 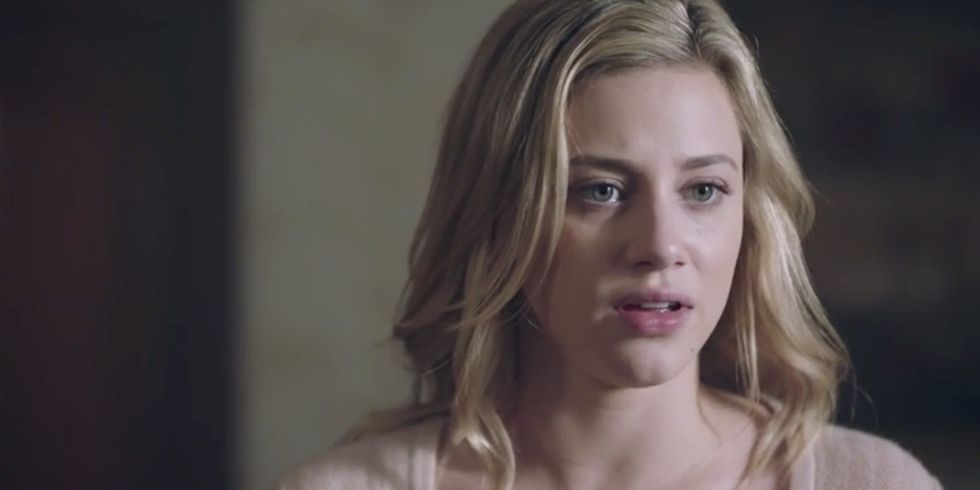 The Jughead/Toni relationship turned out to be a non-starter. While she’s clearly there as a Betty alternative, the writers made the wise choice to not double down on Tughead. Especially since the actress already received a few death threats from Bughead shippers. Nothing serious happened between the pair and Toni is more into girls anyway (“Roger that.”) so we can now write off that whole thing as a minor distraction.

While Nick is being questioned, the parents of Riverdale assemble their kids at the Coopers to address the drug problem. A problem that wasn’t really a problem until the mayor discovers her dear little Josie has been hitting the catnip herself. The result is a raid on Southside High with many of the Serpents and Ghouls getting arrested . . . which leads to an interesting observation: most of these gang members, the ones who hang out in bars, are teenagers?

Regardless, Archie pulls Jughead out just in time. With most of the gang members imprisoned, Tall Boy (seriously with these names?) puts forward an option to align the two south side gangs which doesn’t sit well with Jughead. He’s okay being in a violent gang, but not one that deals the Jingle Jangle. Archie and Jughead to FP for advice and we’re treated to a bit of Skeet Ulrich goodness. FP’s bright idea is to challenge the gang to a drag race, ala Grease complete with Cheryl filling the Annette Charles role. The whole thing is thwarted by a backhanded set up by Archie that results in the ghouls heading to prison for a few months. A plan which infuriates Jughead, and rightly so. Archie clearly doesn’t understand gang warfare.
Throughout this whole episode a new mystery is weaved in the form of The Sugar Man. I wish they’d built on this a little rather than introducing the drug dealing boogeyman and then revealing his identity in the very same episode. I feel there was more mileage to get out of this concept. After making amends with Veronica, Betty ropes in Cheryl to help figure out who the Sugar Man really is because it’s the only thing that will stop the Black Hood in his murderess tracks. Blackmailing her mother, Cheryl discovers the identity of the Sugar Man and Penelope and her share a nice, ever so slightly creepy, mother daughter moment.
The Sugar Man turns out to be the same teacher that helped Jughead get the school newspaper up and running. Again, there just wasn’t enough development for this to be a big shocker because we didn’t really care about that teacher in the first place.

Instead of giving up the identity of the drug dealer to the Black Hood, Betty hands the info to Sheriff Keller and tells the Black Hood where to go and how to get there. With shades of Liam Neeson in ‘Taken’, Betty tells the Hood that she’s coming for him next: “I’m breathing down your neck. Can you feel it?” <shudder>

For once we get a happy ending with Jughead and Betty (reconciled) on the couch just hanging out. Oh, and the Black Hood kills the Sugar Man anyway. 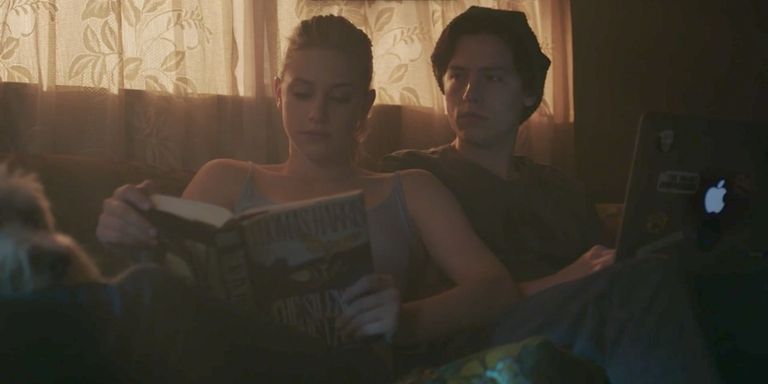 Hal Cooper – I’m still sticking to this as my main theory because he’s the most motivated and very absent these days.

Sheriff Keller – It seems unlikely considering who his son is and how supportive he is as a father, but how many people can get into a prison cell and kill someone . . . ?

Tall Boy – I include him only because he could be the killer. But only the killer. He’s a minor character and his capture or death on the show wouldn’t do any permanent damage story-wise, but he doesn’t have any motivation to do what he’s doing. If Tall Boy is the killer, then there’s a second mastermind pulling the strings. 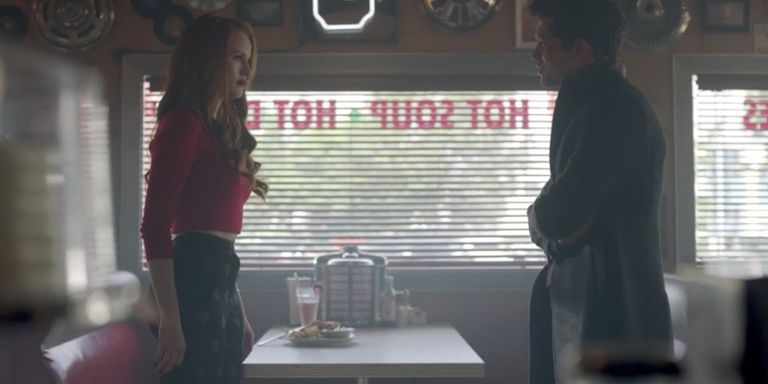