RIVERDALE Recap and Review: (S02E05) When a Stranger Calls

​Let’s turn the teen angst level up a notch! Because let’s face it, Riverdale is normally so tame and bland . . . This week we had violence, date rape, drugs, psychological torture, and Hot Dog. Oh, and I have a theory as to who the Black Hood is . . . let’s get to it.
In a not so surprising turn of events, Jughead decides to go full Serpent. He’s been heading this way for a while and he’s barely been involved in the ‘Archie and the Gang’ stories this season. Clearly he’ll make a comeback at some point, but for now he’s heading down a dark road. Though in his mind he’s clearly doing good as he plans to help keep the peace between the North and the South in a way that Eddard Stark never could. To do that he’s got to prove himself to his new friends by passing the Serpent’s initiations. A set of trials to prove his metal ranging from dog sitting Hot Dog (Yay Hot Dog!) to shouting some rules in a bar to playing with snakes to getting beaten up by the people he’s hoping to befriend. I can’t decide whether they’re a gang or a sorority. But he passes the test and then makes out with Toni. Do you smell that? That’s inevitability.

On the Lodge side of the world, things aren’t going perfectly and they need to stir up some capital for their new development. As such, the St. Claires come to town along with their son Nick, an old pal of Veronica’s. They party it up, the jingle jangle is flowing, Nick hits on Ronnie, who has none of it, and then Nick admits to being an addict, and all is forgiven. Classic one episode redemption story. The jackass rich boy has his own demons and we all feel a little sorry for him, but wait! Then he goes and drugs our fave redhead and we learn it’s not a redemption story at all. We also learn the only thing worse than a Serpent’s Gauntlet is the Pussycat’s Gauntlet, as the sometimes trio (deservedly) beat the living hell out of Nick. Despite Cheryl always painting herself as an outsider, she always has a lot of friends, Archie included, ready to rally behind her. That’s the power of gingers, people. ​ 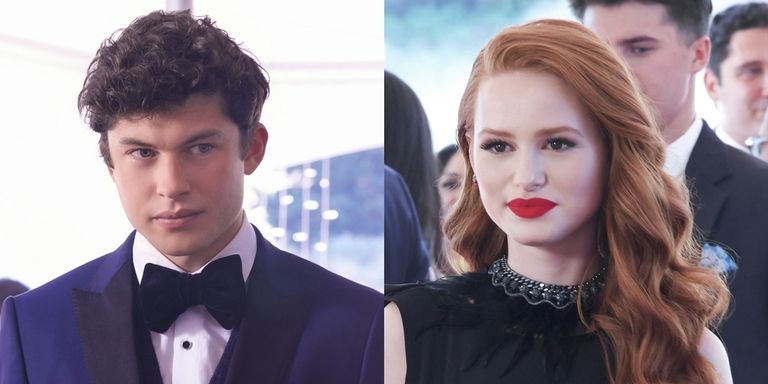 Now to the juicy stuff . . . The Black Hood didn’t kill anyone this week, or at least he killed no humans. But he did put a bullet in ‘B & V’ and slit ‘Bughead’s’ throat. Betty and the Black Hood have been getting chatty and other than letting Archie in on the secret, Betty is taking on the masked vigilante all by herself. This is having a clear and marked effect on our blonde bombshell and she’s not handling it well at all. The Black Hood’s claims of loyalty to her and his abstinence from killing as long as she does what he says means Betty is completely under his control. She lays waste to Veronica, calling her out (though she didn’t really say anything that wasn’t true) and she breaks up with Jughead via Archie. I have a bit of a problem with the latter because I don’t believe for a second that Jughead would just accept a breakup notice sent via Archie. True, Jug was a little busy at the time getting fitted for a giant rubber serpent mask, but it’s still too far out of character for him.

RELATED: CHILLING ADVENTURES OF SABRINA Is in the Works at CW 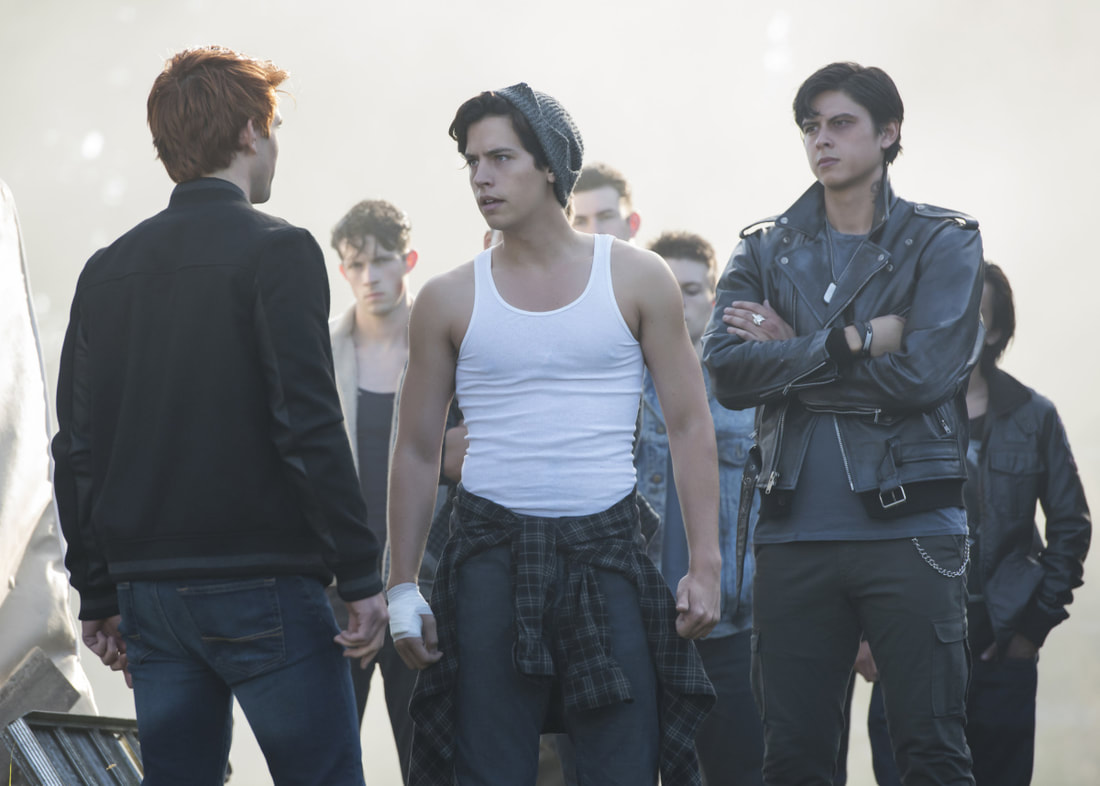 The Black Hood continues to torture Betty, holding her to his will by threatening her sister, claiming he knows where she is. While it clearly pains Betty to do all this, she feels she’s making a sacrifice and saving her friends by playing along. When the Hood reveals that he knows that Betty has been confiding in Archie, she has to offer up another name for the chopping block and she gives up Nick St. Claire. To which I say ‘bravo’.

However, we still don’t know who this masked man is and the list of suspects isn’t that long at the moment. In fact, it’s just one guy. That’s right, it’s theory time. Now, let’s bear in mind that I guessed Jason’s killer wrong three times before guessing correctly that the killer was Clifford. At that time the killer could have been anyone though. I feel we have less choices when it comes to the Black Hood . . .

How does he know where Polly is?
Who has access to Alice’s mugshot article?
Who knows all the dirty little Riverdale secrets?
Who of the supporting cast have we heard very little from over the past 5 episodes?

The answer – Hal Cooper! I know, I know, you’re screaming that it’s not possible. It can’t be Betty’s own father! Really? Let’s look at the facts.

1) No one knows where Polly is except the Cooper family.
2) Hal would certainly know about Alice’s past and be able to dig up that old mugshot.
3) Alice is enough to drive any man to murder.
4) He would have known about Miss Grundy through Alice.
5) Hal has been privy to all of Riverdale’s secrets including the Cooper/Blossom scandal.
6) This is the same guy that happily locked up his pregnant daughter in a mental institution.