I guess we can let any delusions of a potentially light-hearted season 2 burn up in the flames of Thornhill. Or drown in the Sweet Valley River . . . whatever your preferred metaphor, things are continuing down a dark road in the town of Riverdale.

I’m starting to get the sense that the balance of the show is a little off. Season one did a decent job of balancing the shades of dark with a few rays of sunshine here and there. Season two is refusing to offer up any sort of comfort and even when it presents a win, like Betty saving the Chock’lit Shoppe, we’re given (quite literally) less than a minute to enjoy the moment before we’re cast back into the shadows and the win is revealed not to be a win at all.

There was a lot going on this episode, but the main brunt of the story revolved around the potential closing of Pop’s after the shooting of Fred Andrews appears to have left a black mark on the place. Betty, ever the crusader, takes it upon herself to save the shop by throwing a retro evening. After a few false starts she pulls it off with the help of Josie and one of her pussycats, and by threatening Cheryl. ​

For a brief moment we were almost treated to another dose of ‘Dark Betty’ as she blackmailed Cheryl not just to let the vixens help out at the event, but also to lie in order to get FP a reduced sentence. Betty is so motivated to do good that she’s willing to cross a few lines. It makes you wonder how far she’d actually go to get what she wants . . . It was a great little scene because we actually got to see Cheryl Blossom rattled. Not something we see very often.

​In Archie’s world, he’s having sleep issues. By constantly staying on guard, he’s starting to get a little edgy and turns to Reggie Mantle for a chemical solution. His situation only worsens when it’s revealed that Ms. Grundy has been murdered and Archie can’t help but think the killer is after him. He then purchases a gun from Dilton who is not an adorable nerdy math geek like his comic book counterpart and is instead a gun-totting little arms dealer. Welcome to Riverdale, kids! 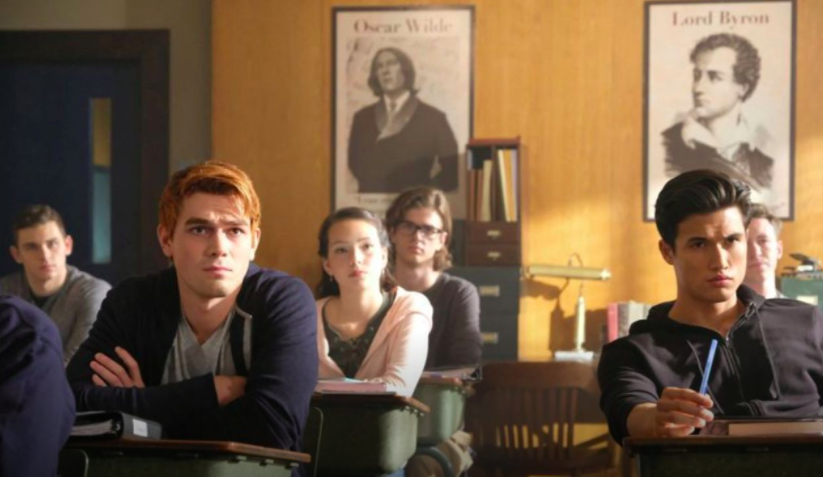 The Lodge’s are not an idyllic little family and Veronica refuses to accept her dear daddy back into the fold for most of the episode until he . . . I actually don’t know what he did. The episode ends with them on fresh terms and Ronnie with the hope that all will be transparent in the Lodge household. Something that clearly isn’t a possibility since Hermione lied about the origin of the threatening letter to Veronica, Smithers’ suddenly disappears, and Mr Lodge buys the Chock’lit Shoppe. Because, ya know, we need another villain in Riverdale. There simply aren’t enough of them. 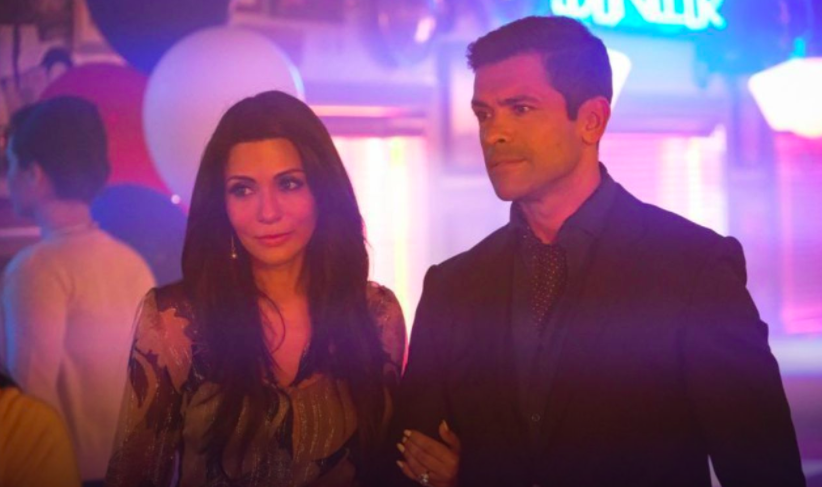 Speaking of which, we also get to meet a new player in town when Jughead seeks help from the Serpents, he’s referred to lawyer, Penny Peabody, who gives him some ‘free’ advice to help reduce his father’s sentence. And while it works, FP was less than happy about him climbing into bed with the ‘snake charmer’. That can’t be good.

There was a promise of certain characters being fleshed out in season two of Riverdale. Among them are Reggie who is revealed to be a drug dealer, and Josie who has now joined the Vixens. We finally meet Midge who was only briefly glimpsed in season one, and is found here buying drugs from Reggie for her and Moose to enjoy. 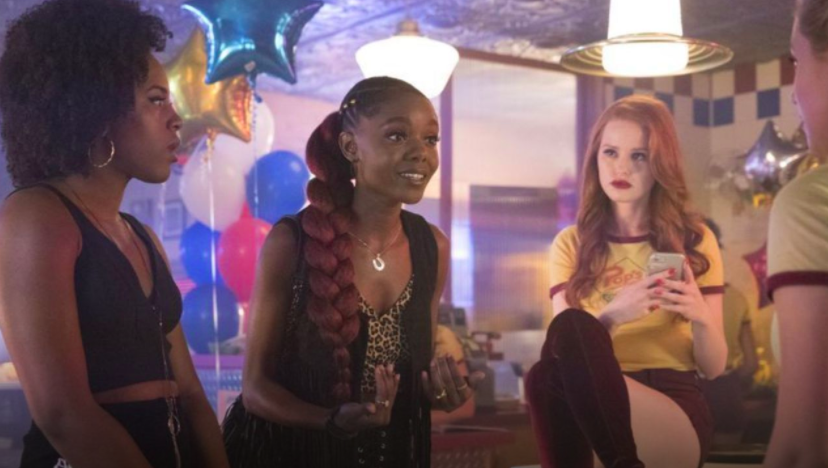 And here we’re left with a horrific ending with the serial killer seemingly shooting Midge and/or Moose. Who is this masked man? And what ties Fred, Ms. Grundy, and Moose and Midge together? Is it random? Is there an actual motive? And just how long is he going to go around killing people? Are we going to lose a character every episode? Because so far, we’re two for two . . . Seriously?! Did they actually just kill Moose?!

As dark as this incarnation of Archie and the gang is, it’s still amazing TV, with all the twists and turns you want to see in grim, edgy, teen angst drama. While this episode felt a little bogged down with far too much side story and not enough “there’s a killer on the loose”, it nicely sets the tone moving forward with Archie coming apart at the seams, Veronica potentially returning to her rich-girl ways, and Betty and Jughead emerging as the crusaders of Riverdale.

Who do you think the killer is? And what’s his motive?

– Dream Warrior from Nightmare on Elm Street 3 reference. You don’t hear that every day.

– Jingle Jangle is possibly one of the worst names for a drug.

– “What do we do now that Cheryl’s gone full Poison Ivy?”

– So pretty much anyone can be a pussycat? Yes! I’m in with a chance!
​
– Riverdale Writers, we’re missing the comic relief. Have Kevin say something. Anything!