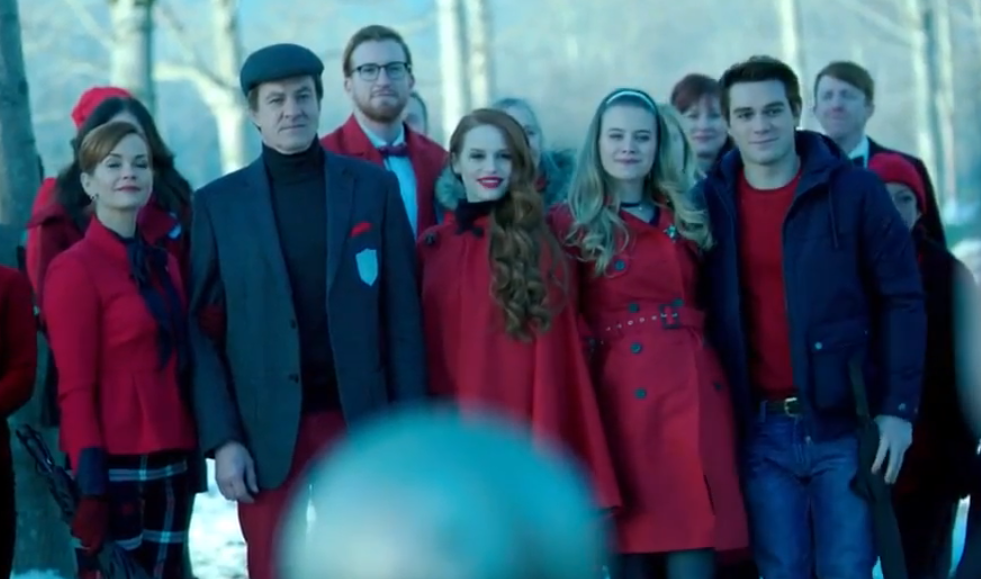 There are a number of universal truths in this world. Unbreakable and unbendable facts that shape our humanity in a physical, mental, and emotional sense. Water is wet. The sun rises and sets. Snow is cold. Cats have no souls. Pop Tarts are the best breakfast snack food ever created. And so on. However, there’s one universally acknowledged truth that shouldn’t be ignored: You never, ever, ever, ever, ever, mess with a redhead. However, due to the unusual abundance of gingers in Riverdale, it’s impossible not to have a run in with one or more on a regular basis, or so this week’s episode teaches us.

**It’s important to note at this point that I have a weakness for redheads. I’m married to one and, consequently, also have a red headed daughter who can wrap me round her little finger just as well as her mother. Why tell you this? Because if it seems like I’m going easy on Cheryl in this review, it’s because I kinda adore her. Let’s proceed . . .

First let’s get the other stuff out of the way because nothing really compared to the main storyline this week.

I’m going to make a story prediction, and maybe it’s slightly obvious, but Hiram Lodge isn’t going to end up in jail. The charges will be dropped, he’ll get away with whatever it is he’s being accused of, and he’ll come to Riverdale and cause all sorts of problems. He’s the perfect bad guy for the show and he’s simply got too much potential to be a faceless name. Mr. Lodge is coming. Maybe not this season, maybe even not next season, but he’ll arrive eventually. Prepare yourselves accordingly.
A weird thing happened in this episode. I found myself liking Betty’s mother. She’s gone from a crazy, over-protective, controlling, psycho to a loving, crazy, over-protective, controlling, psycho. That’s a big step. With her relationship with her husband falling apart and her pregnant daughter seemingly abandoning her, it’s not surprising that she’s starting to crack. But that led to a sense of reversal in this episode with Betty having more of a controlling influence over her mother than vice versa. A journey that ends with Mrs. Cooper working at the school newspaper. In what world does a grown adult work at a school newspaper, you ask? Riverdale, that’s where. Mrs. Cooper’s discovery that Polly is nothing more than a chip off the old crazy blonde block, and is only siding with the Blossoms in order to infiltrate their inner circle gives mommy dearest a great foundation to build from. She could actually be good and decent if she really worked at it. Let’s face it, you can’t throw a rock in Riverdale without hitting an insane manipulative parent (see what I did there? With the rock? The throwing? No? Fine). It’s nice to see at least one parent develop in a different direction.
Read all RIVERDALE recaps here! 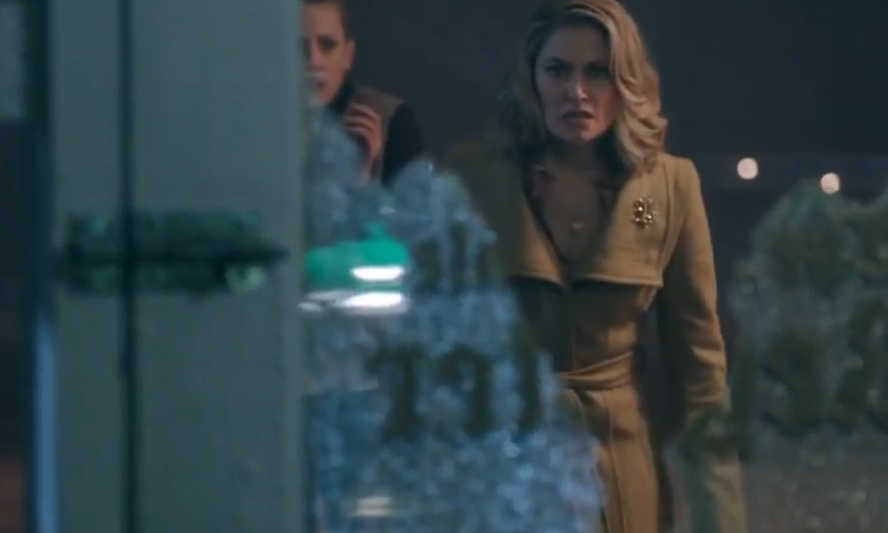 Back in the slut shaming episode when we first met Ethel, there was a singular shot that had Ms. Muggs peering through a crack in a door at the torture of Chuck Clayton with a look of sheer evil glee. This made me think there was more to Ethel than met the eye so I’m actually a little disappointed in her character development. Am I wrong to hope that every character in this show has a dirty dark side to them? Yeah, I probably am. In the end, her story is more about Veronica striving for redemption from the sins of her family while dealing with the ever-growing guilt that seems to come hand in hand with having the last name ‘Lodge’. Her treatment of Ethel is Ronnie’s own cry for help to escape the life she seems to equally love and hate. On the other side of that same coin we have her mother, Hermione, trying to do her own soul searching quest for truth by confessing to Fred Andrews what’s really going on with the drive-in land and the Blossoms. Veronica fairs a little better than her mother with Ethel accepting her attempts, while Fred simply breaks up with Hermione and adopts a cold business like attitude that he’s too good of a person to maintain for too long. 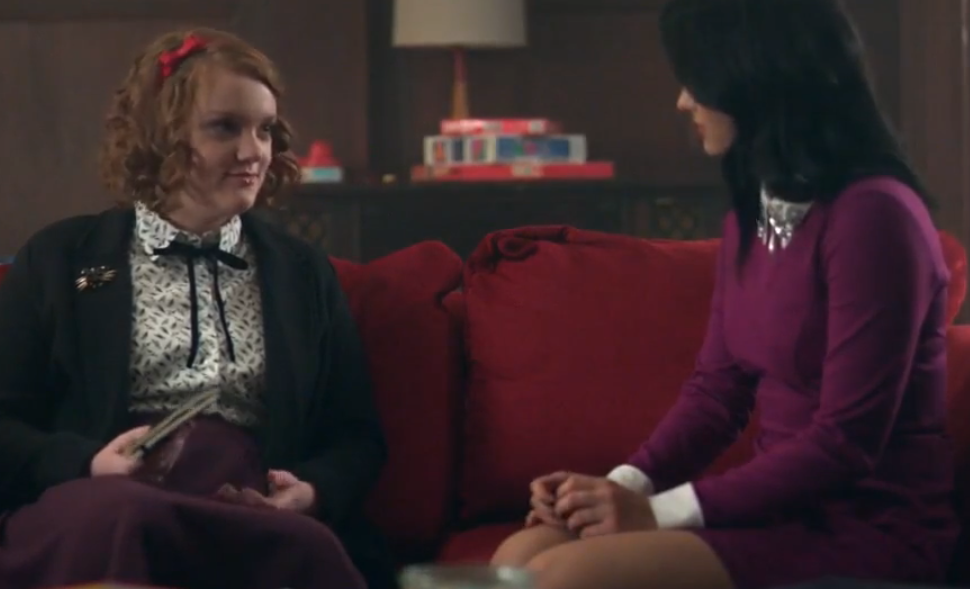 And this brings us to the main storyline that harkens back to that universal truth I mentioned at the beginning of this article. Archie is an idiot. We’ve learned this time and time again and I’ve defended it before as I’m going to defend it now. He’s supposed to be an idiot. He was in the comics, why not in the TV show too? Cheryl even said it herself in this episode he’s the “last decent person in Riverdale.” Well, he’s not. There’s Pop Tate, Mr. Weatherbee, Fred Andrews, Kevin, Moose, Jughead . . . but for arguments sake, let’s say he is. It’s Archie’s fundamental flaw that he’s good and wants to see good in everyone else. Hell, he sees good in Cheryl who is clearly gloriously evil and doesn’t even try to hide it most of the time. Archie represents a naive, somewhat ignorant, archetype who really wants everyone to actually be good and get along. Not in Riverdale, my friend. That maple syrup-drenched town is a cesspool of evil, corruption, and manipulation. 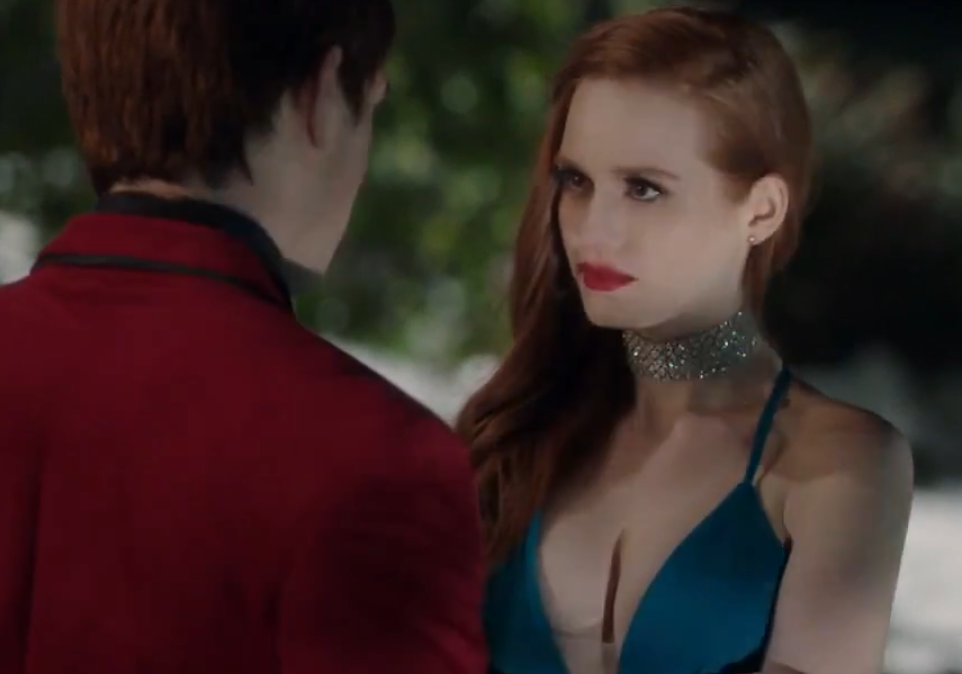 However, Archie will continue to survive because he’s consistent. He doesn’t have a bad bone in his body to not be. He agrees to help Cheryl with a bit of light prodding from Mrs. Blossom and continues to help them due to coercion and vague promises until he actually begins to feel sorry for Cheryl. At which point he genuinely tries to help the Blossom Princess but to absolutely no avail. He’s not capable of surviving in that world, a fake corrupt world controlled by Cliff Blossom, and Cheryl isn’t able to separate herself from her family. The result is what anyone would expect. A redhead plus a redhead equals a complete disaster.

While I suspect a lot of this storyline was to get Archie into a position where he could hide behind a bush and overhear that Clifford Blossom was responsible for getting Hiram Lodge thrown in jail, therefore adding another (unlikely) murder suspect to the murder wall, I think Cheryl’s development was the actual focus of this whole episode. “But you have a weakness for redheads!” you scream. Well you only know that because I told you, and if I’d known you’d throw it back in my face like this, I would have kept it a secret! 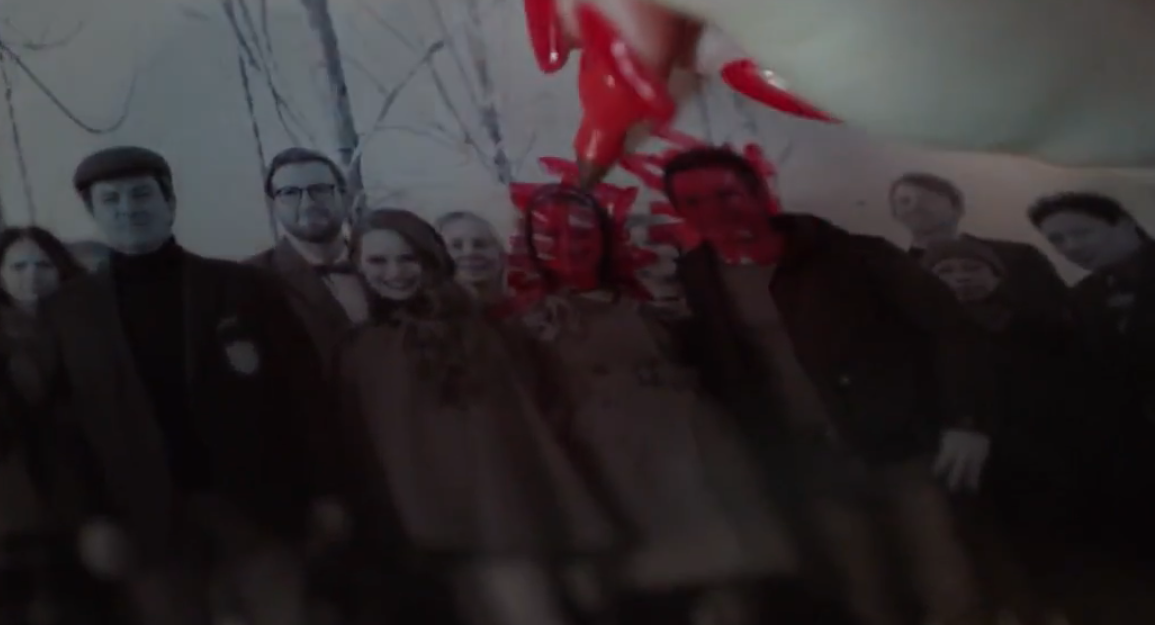 In a lot of ways, I think Cheryl wants to be Archie. She wants to be decent. But she doesn’t know how and can’t seem to shake the affliction that is her family. Archie and Cheryl truly represent the angel and the devil on each shoulder and the more ‘good’ Archie becomes, the more ‘evil’ Cheryl will have to be. Which is why we find her angrily scratching out people’s faces in the family picture after Archie realizes the error of his ways. That redhead will be seeking revenge, and it won’t be pretty.

Actually it’ll be gorgeous because, let’s face it, Cheryl is absolutely stunning. Yeah, yeah, I know! Weakness for redheads. Shurrup. 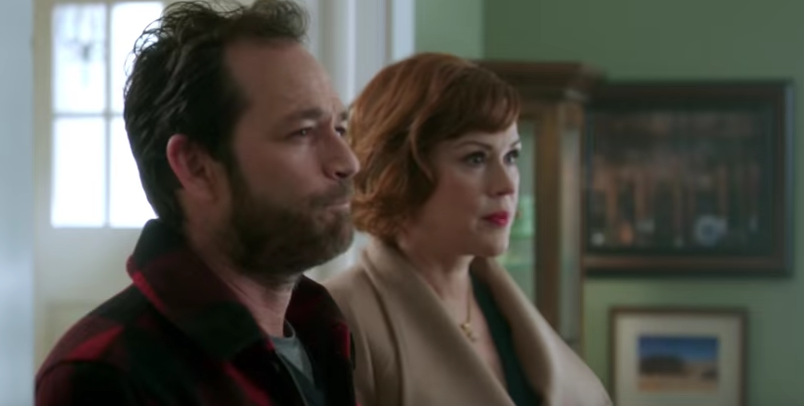 –  I’ve never liked Valerie. There, I said it. She’s a boring character so I’m not disappointed in the breakup.

– Red is not a good colour to wear if you’re a redhead. Apparently it causes some sort of a clash that affects the very fabric of the universe.- How many times can you say Archibald in one episode? I counted 14. Also, who calls their son Archibald? Fred, Mary . . . Archibald. It doesn’t fit.

– The classic pearl beads slowly dropping on the floor made me wonder if a Wayne had just been murdered.