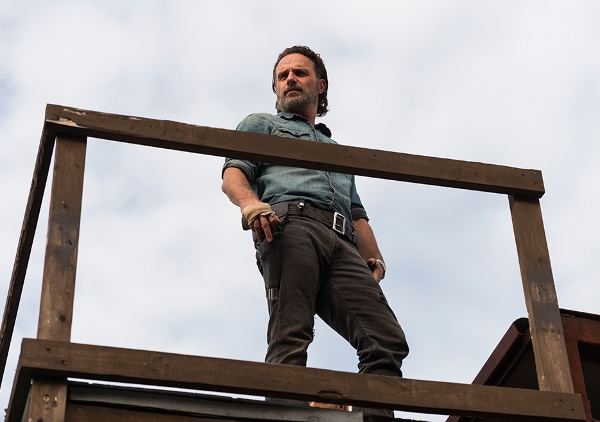 The pieces are falling into place for Rick.  He has Alexandria, Hilltop, and the Scavengers on board to stand up to Negan and the Saviors.  Now he has the guns.

In the last episode of the Walking Dead, Tara led Rick to the guns at Oceanside.  After lots of talking and killing of a cruise ship of walkers, Rick took all of the guns.  The ladies of Oceanside weren’t allowed to join the fight, even though some of them really wanted to.  Will they change their minds?

Sasha reluctantly agreed to join Negan. Negan says he knows Rick is up to no good. He is planning on using Sasha to hurt Rick and his people.  Sasha tried to find a way out of the agreement and asked Eugene for help. Eugene was no help at all.  What will Sasha do now?

Maggie is doing her best to get along with Gregory.  She is focused more on making Hilltop sustainable.  Gregory, on the other hand, grows more paranoid every day.  By the end of the episode, he had decided to pay Simon a visit at the Sanctuary. Will he tell Simon about Maggie, Sasha, Enid and Daryl?

Rosita returned to Alexandria with a guest…Dwight.  Rosita told the others that Dwight wants to help them.  Can they trust Dwight? 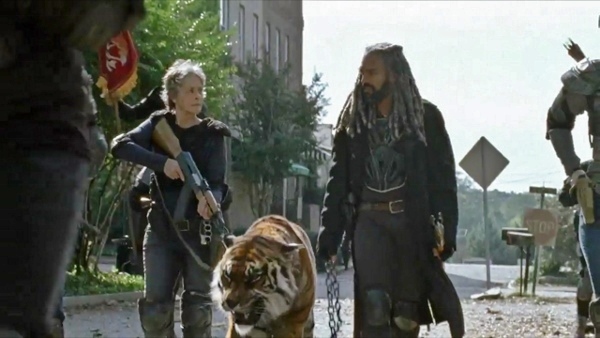 The last time we saw Carol, she  found out that Negan murdered Glenn, Abraham and others.  Morgan told her after he had a meltdown.  Carol went to Ezekiel to tell him it’s time to fight.

Ezekiel already decided that the Kingdom would join Rick’s crusade.  It was Benjamin’s death that changed his mind.  And that broke Morgan.

Will Morgan be able to regain his peace? Or will he continue on his downward spiral.

And Dwight.  Is Dwight motivated by Sherry’s disappearance?  Sherry was married to Negan, but Dwight was always around to keep an eye on her.  She says she left to save Dwight.  He had become someone different because of her. If she wasn’t there, he didn’t have to change.  Is Dwight for real?  Does he truly want to live free of Negan’s rule?

On next episode, the people at Alexandria prepare for Negan’s arrival.

Dwight tells Rick that he can slow the Saviors down. Rick asks why Dwight wants to help. Dwight says he wants Negan dead.

The Scavengers help Alexandria set up explosives and guns along the walls. 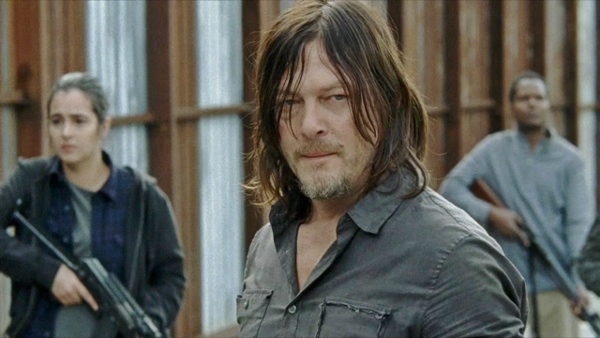 Sasha asks Negan what he needs from her. He says she is going to help him get things back on track.

Rick, Daryl, Rosita all look outside of Alexandria in horror. What do they see?

Negan looks up at them with satisfaction.  Dwight and the Saviors are standing behind him.

Sasha says no one has to die. Negan tells her she is wrong.

The Kingdom, with Carol moves toward Alexandria.

Eugene and Sasha walk through the Sanctuary 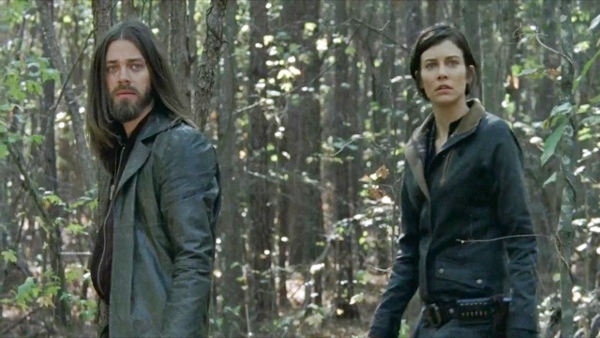 Maggie and Jesus make their way through the woods.

It looks like the war has begun.  Check out the trailer for the Extended Finale of AMC’s The Walking Dead.