Movie Review – I SAW THE LIGHT 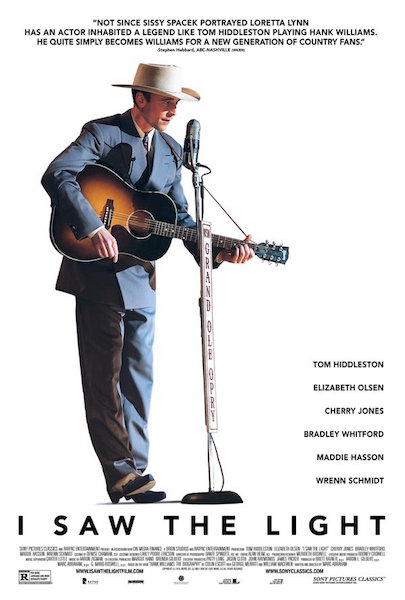 I Saw the Light

For those of you reading this article somewhere besides TheMovieGuys.net, you should know that I host a weekly online comedy show about movies called The Movie Showcast. On that show, we preview every week’s new films, based on the trailers, so no spoilers and lots of jokes. The trailer for I Saw the Light starts with Hank Williams getting a recording contract and then he’s smiling and laughing while kissing Elizabeth Olsen in bed. 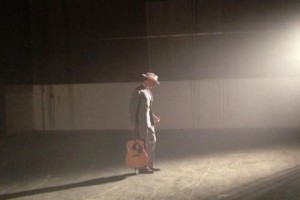 Our comment was that things must go perfect from here, sarcasm intended because this is a musical biopic. Everything always goes horribly wrong.

I have to admit I’m a little worn out on movies that go to great pains to tell me how much of a jackass my musical icons are. According to All Is By My Side, Jimi Hendrix was a self-involved, passive jerk who treated his friends irresponsibly. If you believe movies, and let’s just say why not, Ray Charles and Johnny Cash were extraordinary drug addicts. Get on Up had a scene in the middle of it where James Brown slapped his wife, and it happened off-camera as if the filmmakers thought, “Well, that’s what you do in a musical biopic, the lead character has to be diabolical, we don’t wanna do it, but it seems like we’re obligated as we’ve come this far”. 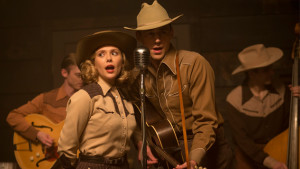 Maybe that was the appeal of Straight Outta Compton, the group eventually imploded, but the majority of the movie documented the band-vs.-the-world struggle, as opposed to exposé-ing just how horrible and miserable they were. I Saw the Light gets stuck in the musical biopic rut early and often. The film begins with Hank and his troubled wife Audrey playing in a bar and the crowd gets unruly. I felt bad for him having to endure such distractions during a live gig, only to quickly feel worse for everyone around him having to deal with the constant beer-swilling and reckless nature. Even the first introduction of Audrey and Hank’s mom has them at odds, being unlikeable.

This isn’t to say that a movie about unlikeable people can’t be fascinating. Nightcrawler and The Wolf of Wall Street are a couple of recent examples, in fact, many of Scorsese’s films, from The King of Comedy to Taxi Driver get mileage out of mining the character of terrible people, but there’s often an energy behind them, or thrills, or suspense, or SOMETHING. Hank Williams, as portrayed in I Saw the Light never has a moment of musical genius, which might have given me something to root for in him. Instead, he’s just so awful this is one of the few movies I’ve seen recently that I couldn’t wait to see end. 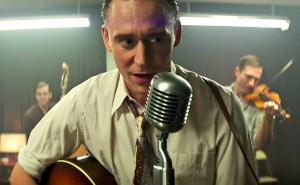 Tom Hiddleston plays Williams as gaunt and brooding with few moments of joy. Even the chance to record an album or the announcement of Audrey’s pregnancy don’t seem to play as if he’s really invested in his happiness. Late in the film Audrey does something nefarious to avoid having another child with Hank, he’s that horrible a person.

Can this really be true? I mean, the guy wrote “Hey, Good Lookin’”, “Jambalaya” and “Move it On Over”. Then again, he wrote “I’m So Lonesome I Could Cry” and “Your Cheatin’ Heart”, so there had to be a dark side. But Lyle Lovett gets dark all the time, and remains a decent human being. Of course, that could all change if Hollywood ever decides to make his life a musical biopic…

"James Gunn pens and helms a delightfully macabre adventure that’s part-war epic, part-dark comedy and a whole lot of fun." Check out our review of The Suicide Squad!

Evan Amos is back with an updated and revised version of his highly popular video game visual encyclopedia, The Game Console 2.0! Check out why you need to add this to your collection!

Check out these new posters for Marvel's #ShangChiandtheLegendoftheTenRings!

This week’s WCW goes to our favorite mercenary e

"No matter what people tell you, words and ideas c