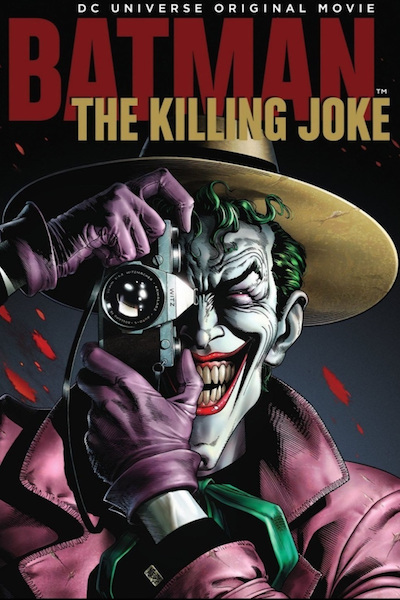 Batman: The Killing Joke is one of the most respected graphic novels of all time. Written by the legendary Alan Moore and illustrated by Brian Bolland, it won the Eisner Award upon its release and became immensely popular, changing the storylines for the D.C. Comics Universe forever. D.C. is just now starting to catch up to Marvel in terms of creating a live-action cinematic universe (by basically copying everything Marvel’s doing, and putting a rush on it), but in their back pocket, D.C. has been cranking out animated films that reveal fascinating and well-told stories of their legendary characters, from all the way back to 1993’s Batman: Mask of the Phantasm through Justice League: The Flashpoint Paradox and Batman vs. Robin. Titles like these have proved so successful, fans have been clamoring for an animated version of The Killing Joke and as of this year’s San Diego Comic-Con, it is upon us. 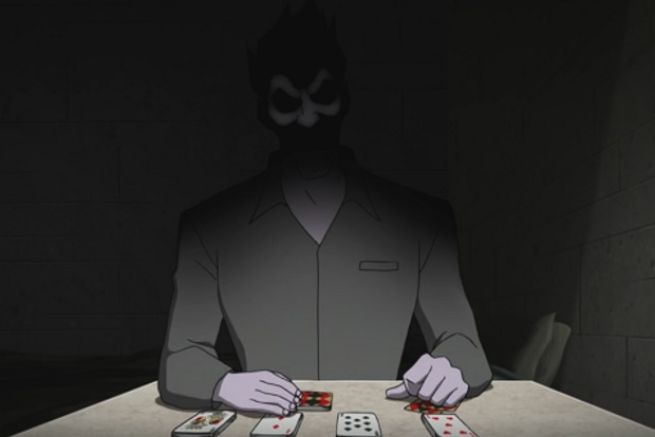 The story of the graphic novel concerns the origin of The Joker, Batman’s criminal nemesis, from tragic family man to failed comedian, and how one bad day turned him into the clown prince of crime. Those stories are told in flashback while in the present day, The Joker has escaped from Arkham Asylum and is out to humiliate and torture Gotham’s Commissioner Gordon and scar his daughter Barbara (aka Batgirl) for life. I mention this is the story of the graphic novel because the filmmakers determined this wasn’t enough material to sustain a feature (as it is, the film only clocks in at 76 minutes). The film now begins with an extended Batgirl storyline.

Unfortunately, the Batgirl sequence didn’t work for me for two reasons (I’m attempting to explain all this without SPOILERS (I hadn’t read the graphic novel before I saw the film, either), but the second paragraph below will have a big one): 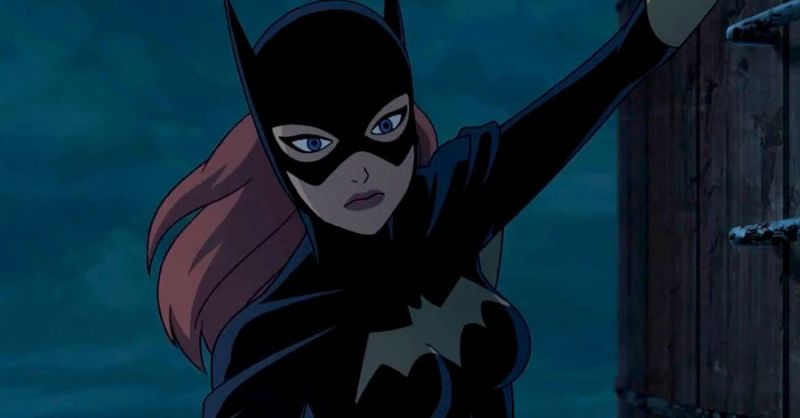 – First, it feels tacked on. It’s as if a Batgirl short played before The Killing Joke. I think the writers wanted to make Barbara Gordon an even more relatable and perhaps sympathetic character to raise the stakes before she encounters The Joker. There’s an undeniable shift in the film’s focus half way through when it switches from a Batgirl movie to a Batman movie and that doesn’t work to the movie’s benefit.

– The backstory sexualizes Batgirl in all the wrong ways. SPOILER: she has sex with Batman. You read that right. She felt like a strong character, attempting to thwart bad guys on her own, and shrugging off Batman’s insistence that she only pursue criminals with his help. I guess maybe they thought if she pounced on him sexually, that would make her seem even more in control and strong? Didn’t work. She eventually becomes needy, which has the direct opposite effect and doesn’t promote a sturdy character. Even worse, Batman becomes a distant, shitty boyfriend, avoiding her and not talking. It’s here that The Killing Joke became too The CW for me. 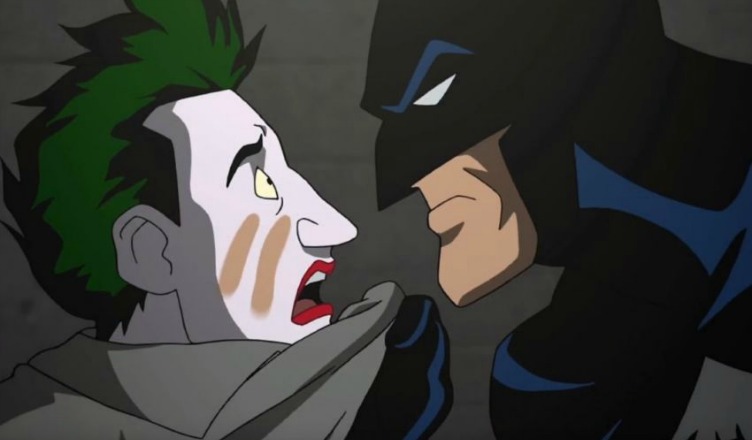 Alan Moore’s gotta be pissed. He already has vilified Hollywood for ruining movie translations of his properties From Hell, Watchmen (I disagree with him here), V For Vendetta and The League of Extraordinary Gentlemen, I can only imagine this re-structuring and romantic angst-ing up of one of his classics won’t sit well with him.

Kevin Conroy returns to voice The Dark Knight with all the authority he usually brings. Tara Strong is also back in the role of Barbara Gordon/Batgirl and the newcomer is Ray Wise, effective in the role of Commissioner Gordon. The biggest return is Mark Hamill as The Joker, a role he retired from, claiming this project would be the one he’d consider for a return. He’s in fine form here, as he makes his Joker elegant while crazy and voices the flashback Joker with a distinctly younger-sounding voice.

The animation style has never been outwardly impressive in this D.C. series of films, but the stories have won the day. The Killing Joke’s story is fractured and a bit pandering, but once it hits the graphic novel’s material, it shores up, so if you’re going to watch this, just check in at the thirty-minute mark or so.