Home » The Daily Bugle » Has the Release Date for ‘Winds of Winter’ Been Revealed?

Has the Release Date for ‘Winds of Winter’ Been Revealed? 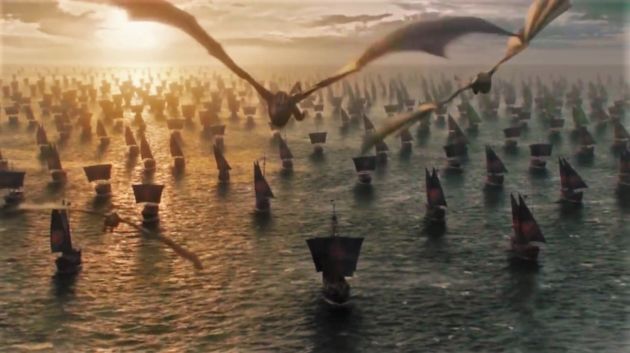 The series has famously been fraught with delays, so much so that at the beginning of the HBO run it was long suspected the television show would outpace what was published.  Of course that prediction came true with Season 6 as it was the official first season that didn’t have the books to fall back on.

You can see the release years below, the series has been ongoing since 1996 with only five books published to date.  So that is 20 years and 5 books for an average of 1 book every four years.  Not exactly breakneck pace

Of course book fans hounded George R.R. Martin to complete the saga but the series wasn’t part of pop culture until the show launched and was met with critical and fan praise and success.  Now there are more people than ever clamoring for the next book.  For a long time Winds of Winter was listed on Amazon, not necessarily available for pre-order but there nonetheless.  Then it disappeared after one of many publishing delays.

My guess, most retailers got sick of fielding questions from rabid fans so they removed the listing entirely.  Of course the listing will reappear once a new release date is revealed.  While the listing is still missing from both Amazon.com and Amazon.co.uk, a listing has appeared on Amazon.fr.

Entertainment Weekly is reporting that Harper Collins has stated that final publication plans have not been finalized so take this release date with a dragon sized grain of salt.  However, it would be exciting if this is indeed true and, as of this posting, the listing is still live which makes me wonder.

Maybe, just maybe, we can expect an official announcement soon.