Forty years ago, the cinematic landscape changed when George Lucas’ hallmark film Star Wars: A New Hope hit theaters. The movie not only served as the jumping off point for the franchise (which is still going strong today), but it also revolutionized the science fiction and space opera genre.

What if Star Wars: A New Hope were released in the 1940s? How would the film be different?

Related: Check out our previous entries of Recasting Couch, here. 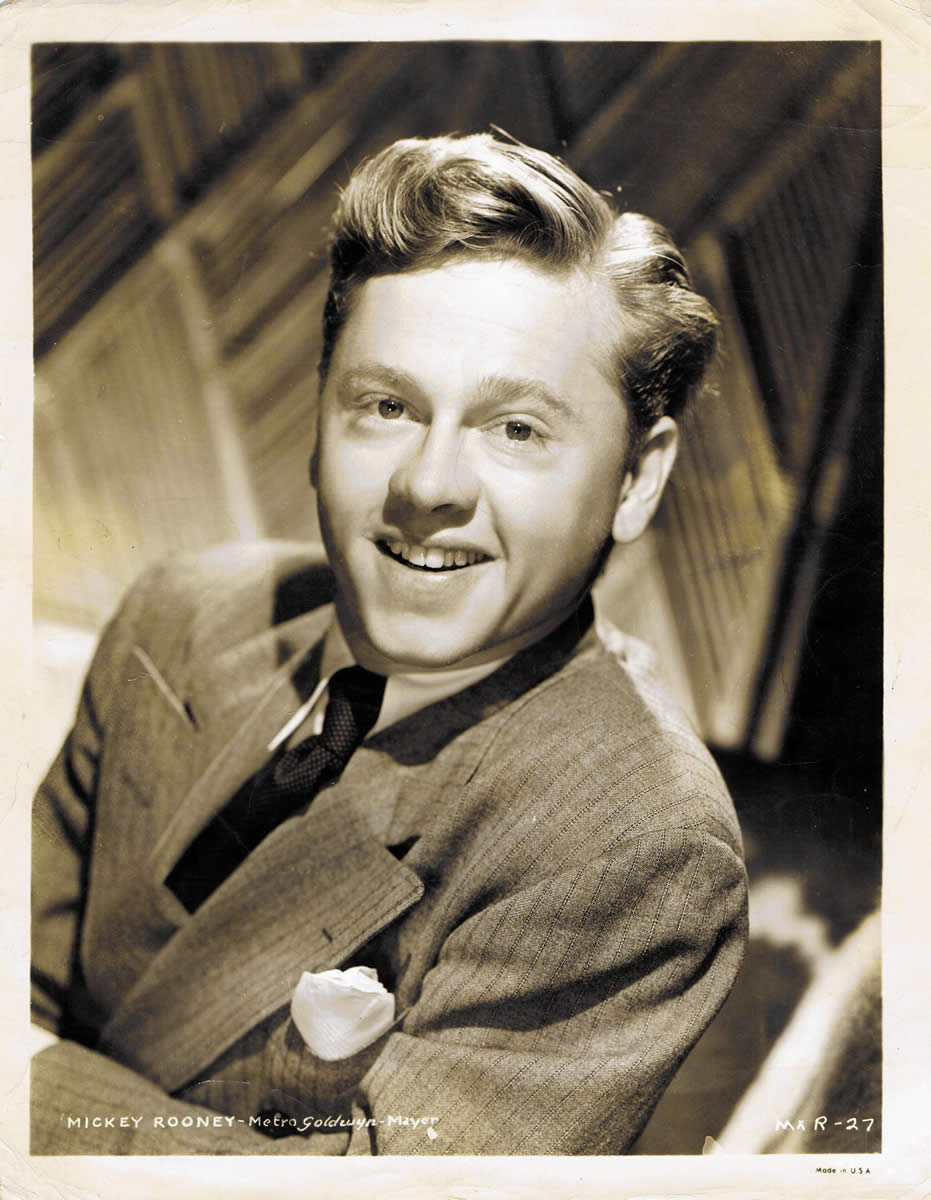 Mickey Rooney’s career dates back to the silent film era. Barely six years old, the actor is first credited in a short film entitled Not to Be Trusted. The film led to almost immediate popularity for the young Rooney, who quickly found himself heading the Mickey McGuire short film series. By the last entry in 1934, there were 64 Mickey shorts.

The young actor continued to grow and develop in MGM’s stable of child stars during the 1930s. The two decades that followed proved to be two of the most prolific in Rooney’s career. When the Mickey shorts came to an end, he continued working voraciously in films like A Midsummer Night’s Dream and Captains Courageous, which partnered him with some of the many screen legends working around him at the time. In 1937, Rooney landed the role which would come to define his career. He joined the cast of A Family Affair as Andy Hardy. The movie was the first in a franchise which would span 17 films over the next 9 years.

Rooney, who remained an active member of the acting community until his 2014 death, conjures images of small town Americana at its most iconic. He seems perfectly at home putting on a show with Judy Garland in the back of the barn. As such, he seems the perfect choice to take on the role of orphan turned savior of the galaxy Luke Skywalker. 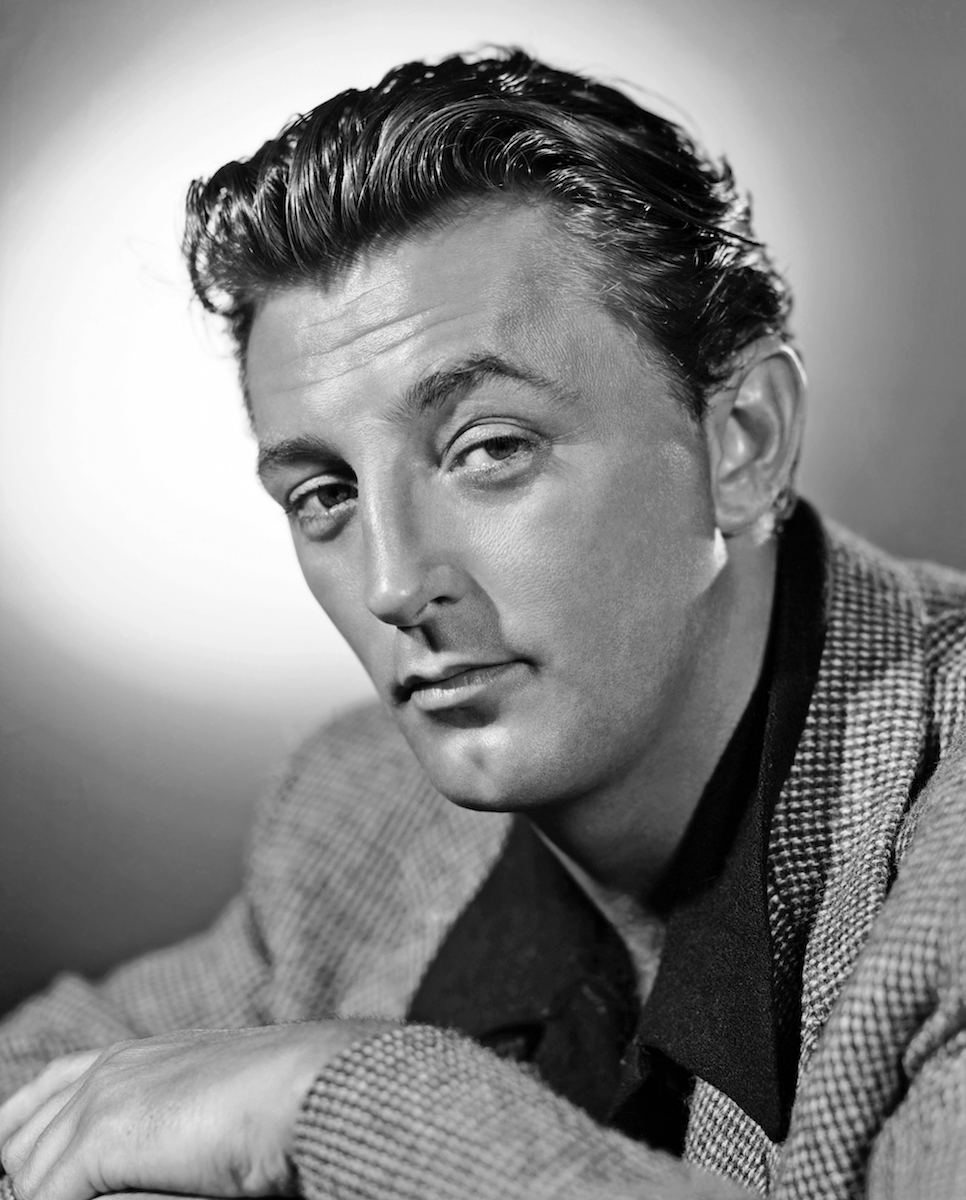 While Mickey Rooney seemed born into stardom, Robert Mitchum worked his way up the Hollywood ladder. The rough and tumble actor is first credited in 1943 in the dozens of war films lining theater marquees during the height of World War II. By 1945, he found himself landing starring roles. However, it wasn’t until the post-war popularity of film noir that Mitchum seemed to truly hit his stride. Films like Crossfire and Out of the Past show Mitchum at his best. He played the hard-nosed scoundrels popular in the post-war wave of crime films.

Who shot first? Han Solo shot first. The character would have been most at home inside the film noir movement. Mitchum personifies the anti-hero spirit which is also at work with Han Solo. While he is “a good guy”, but there is also a layer of complexity below Han Solo. He initially only gets involved in the plight of story for the money, and his nerves are visible as he’s pulled farther into the resistance movement. In the parts that he played throughout the 1940s, Mitchum demonstrated a continual ability to tightrope the line between good and bad. 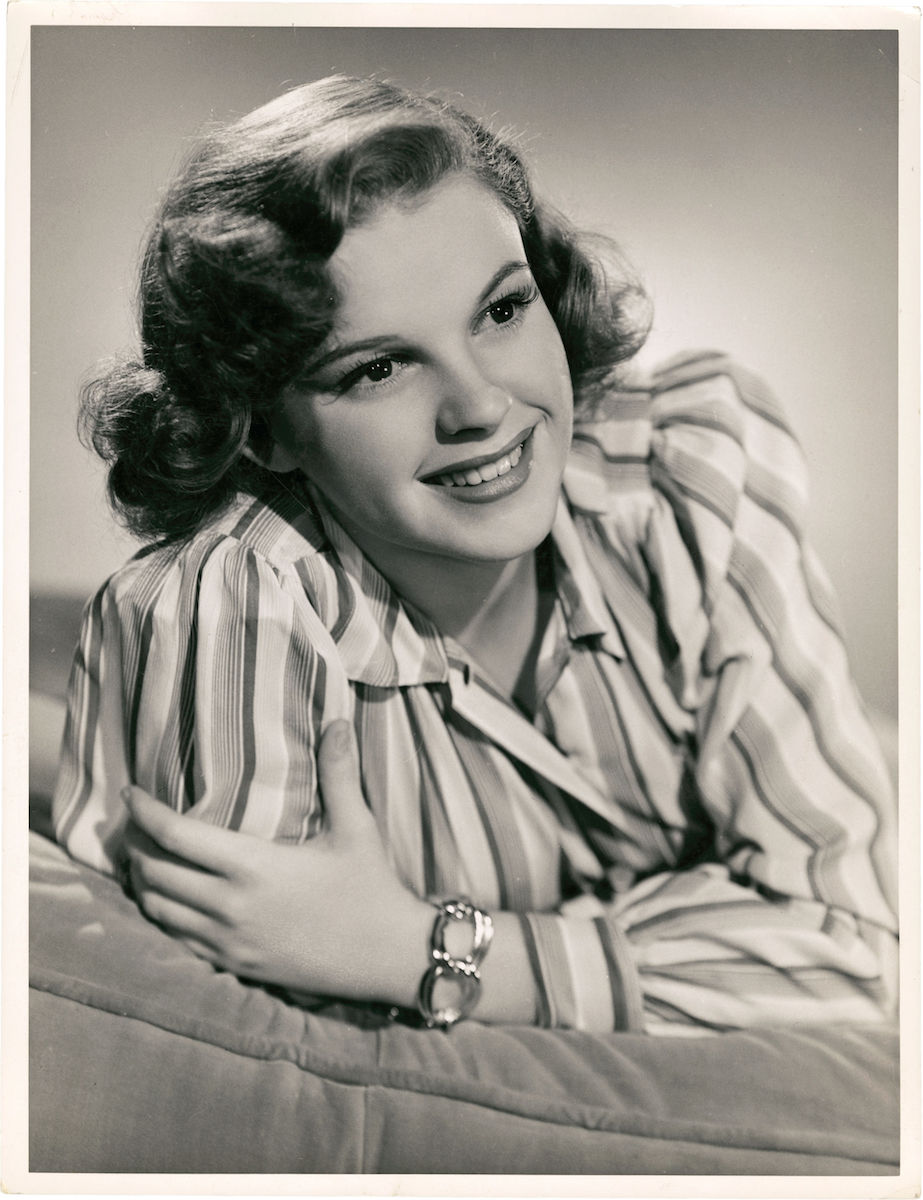 Princess Leia was a hard, hard role to cast. However, when looking at Mickey Rooney as Luke Skywalker, chemistry only allows for one choice: Judy Garland.

Despite her relatively short acting career, Judy Garland remains a legend of the silver screen. Garland made her screen debut under her real name “Frances Gumm” as an 8 year old in a series of MGM shorts. She first made a name for herself as one third of the vaudeville act “The Gumm Sisters” with her real-life siblings Mary and Dorothy. Frances was however, the stand-out of the group, and was signed into MGM’s legendary stable of stars.

The story which follows is legendary. After a little movie called The Wizard of Oz, the sixteen year old Garland became a household name. She headlined dozens of now classic musicals, establishing herself as a silver screen legend before her death in 1969.

Garland brings a wide-eyed spunk to her early roles. In movies like Meet Me in St. Louis, Easter Parade and even The Wizard of Oz, she’s always a bit tomboyish, a bit brassy, and always ready to take the spotlight. While the more progressive aspects of Princess Leia don’t easily translate to the 1940s, Judy Garland could look over Mickey Rooney (who she appeared opposite numerous times) and say, “Aren’t you a little short for a stormtrooper?”. 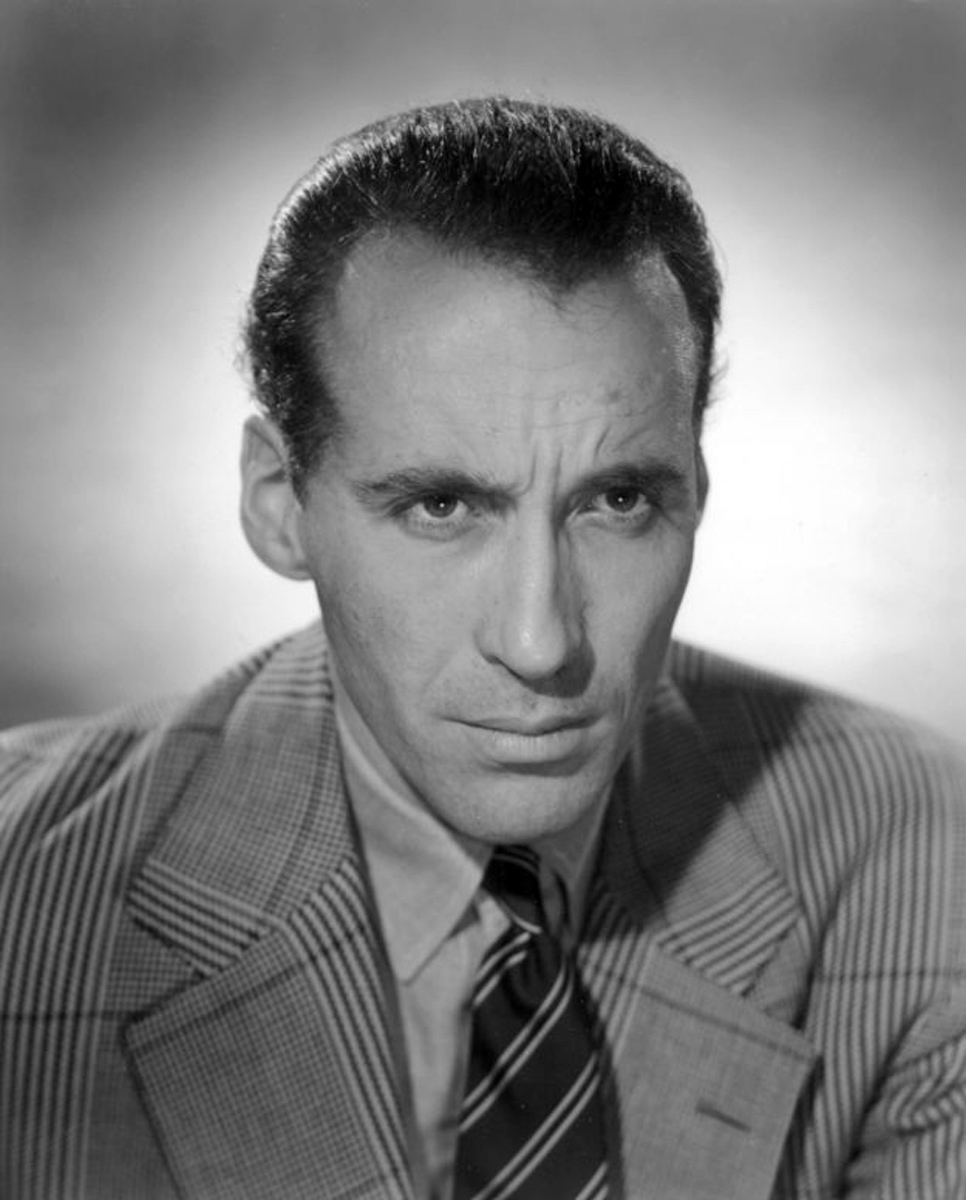 Darth Vader is a role which is reliant on the physical presence of the actor involved. Always clad in the villain’s trademark mask and armor, the performance is less about the subtle nuances of character. Rather, it is about harnessing a booming and imposing screen presence.

Christopher Lee made his screen debut in 1948. In 1957 he joined the cast of The Curse of Frankenstein. The role signaled the first in the long line of horror roles which would come to define his lengthy career.

Lee stands out as an ideal casting choice for Darth Vader. The actor is best known for the booming vocal presence he showcased throughout his career. Furthermore, Lee also stood at 6 foot 5 inches, giving him the physical imposing presence of Darth Vader required. 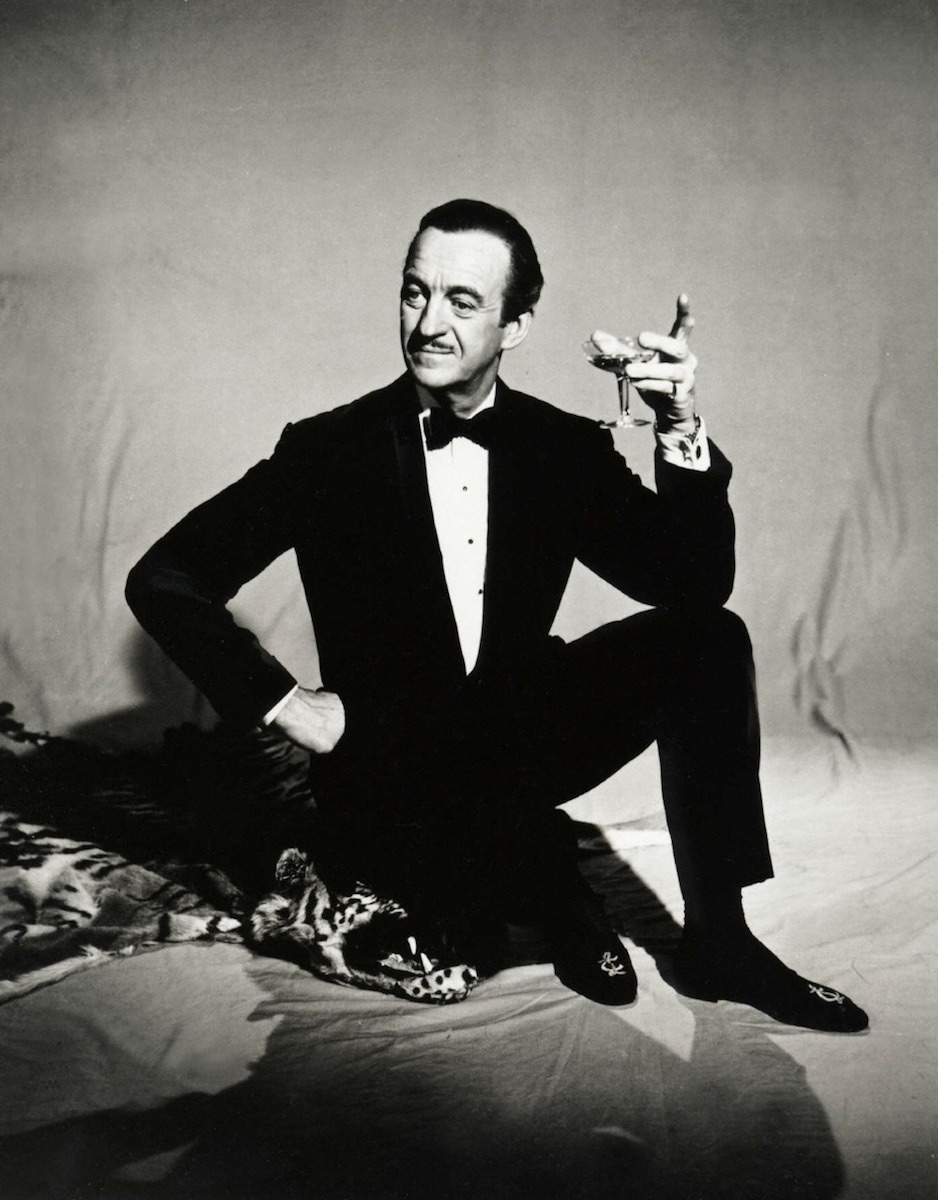 Like a few other members of our cast, David Niven initially cut his teeth in the British film industry. While he made his feature debut in 1932, it wasn’t until the second half of the decade before he found himself with starring roles in films like Bachelor Mother and Wuthering Heights . By the 1940s, David Niven hit his stride. His sophisticated and suave film persona would keep him working happily until his death in 1983.

As an actor, Niven possessed an urbane flair for dialogue. The actor often found himself cast in period pieces, as well as literary works. When considering the vocal challenge of a role like robot C3P0, Niven’s intellect and iconic speaking voice comes immediately to mind. 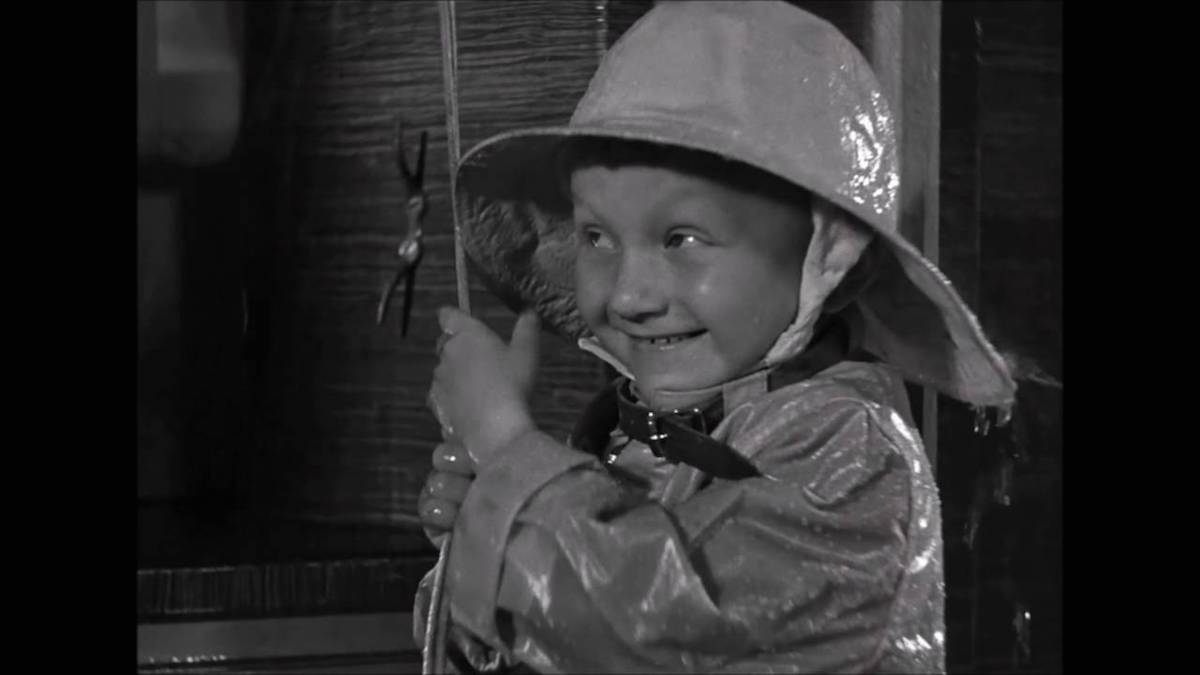 Billy Barty enjoyed a lengthy career, beginning in the silent era. Born in 1924, Barty debuted in Hollywood as a child star. Interestingly, he began opposite Mickey Rooney playing his kid brother in the Mickey McGuire series. Later, Barty played interesting (and sometimes terrifying) roles, which utilized his short stature and childlike features. Films like Gold Diggers of 1933 and Footlight Parade made stunning use of Barty’s flair for physical comedy. The actor is perhaps best known for his turn in two recognized fantasy classics of the 1980s: Legend and Willow.

In his roles during the 1930s and 1940s, Barty’s performances were less about his characters and more about his physicality. However, despite often having no lines, he easily conveyed a charismatic and likable screen persona. It is this physicality, and ability to convey a number of emotions with minimal dialogue which makes Billy Barty the perfect casting choice for R2D2. 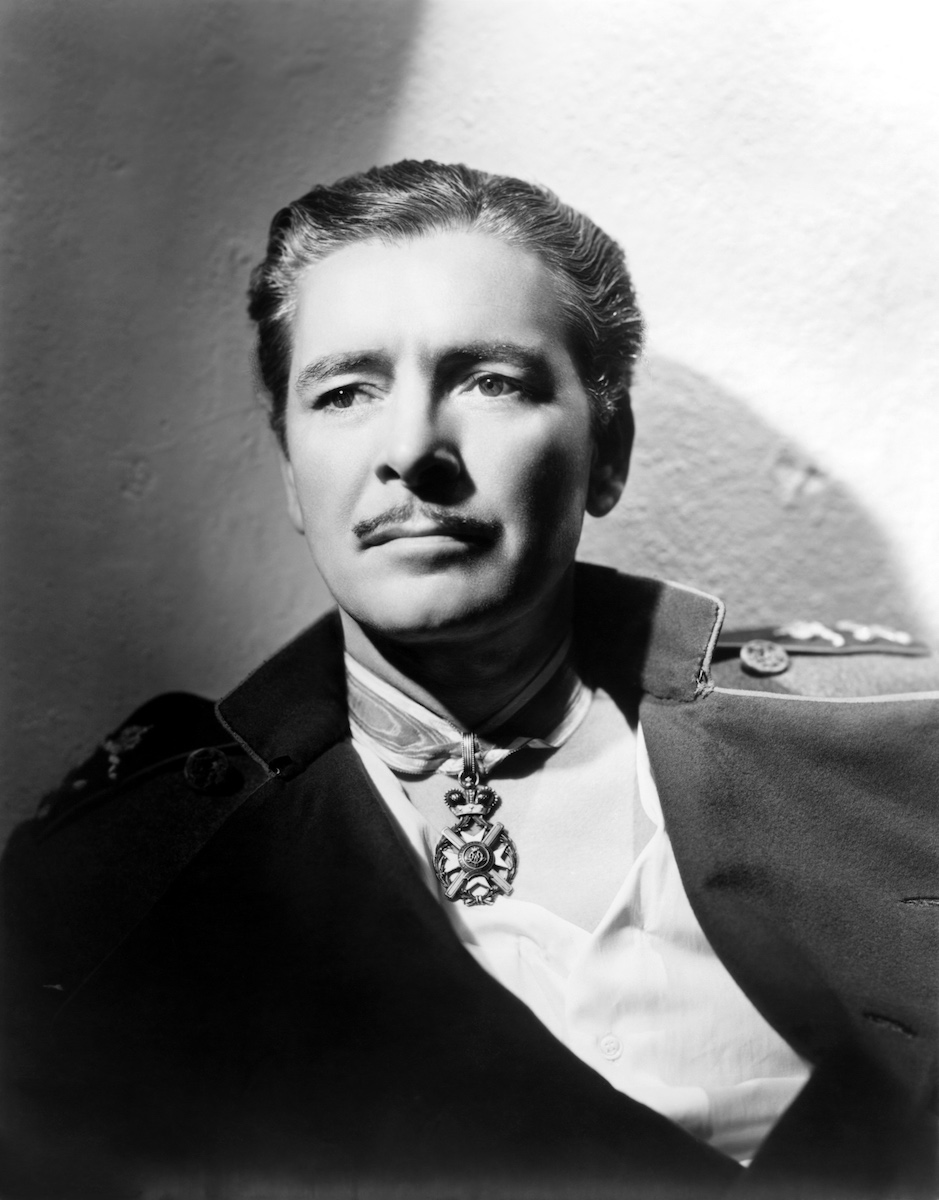 Ronald Colman initially developed as an actor in the early days of silent cinema. His earliest screen credits come as early as 1917. By the 1930s, Colman developed into an articulate leading man, with a flair for challenging period pieces and literary dramas like Lost Horizon, A Tale Of Two Cities and A Double Life.

Colman’s characters were often tortured types, struggling in the face of challenges stemming from their environment, their jobs and even their own physical limitations. Combine this flair for taking on layered and tormented characters, as well as Colman’s

Shakespearean elegance and Colman becomes the ideal type to take on the role of the tortured, but idealistic Jedi. 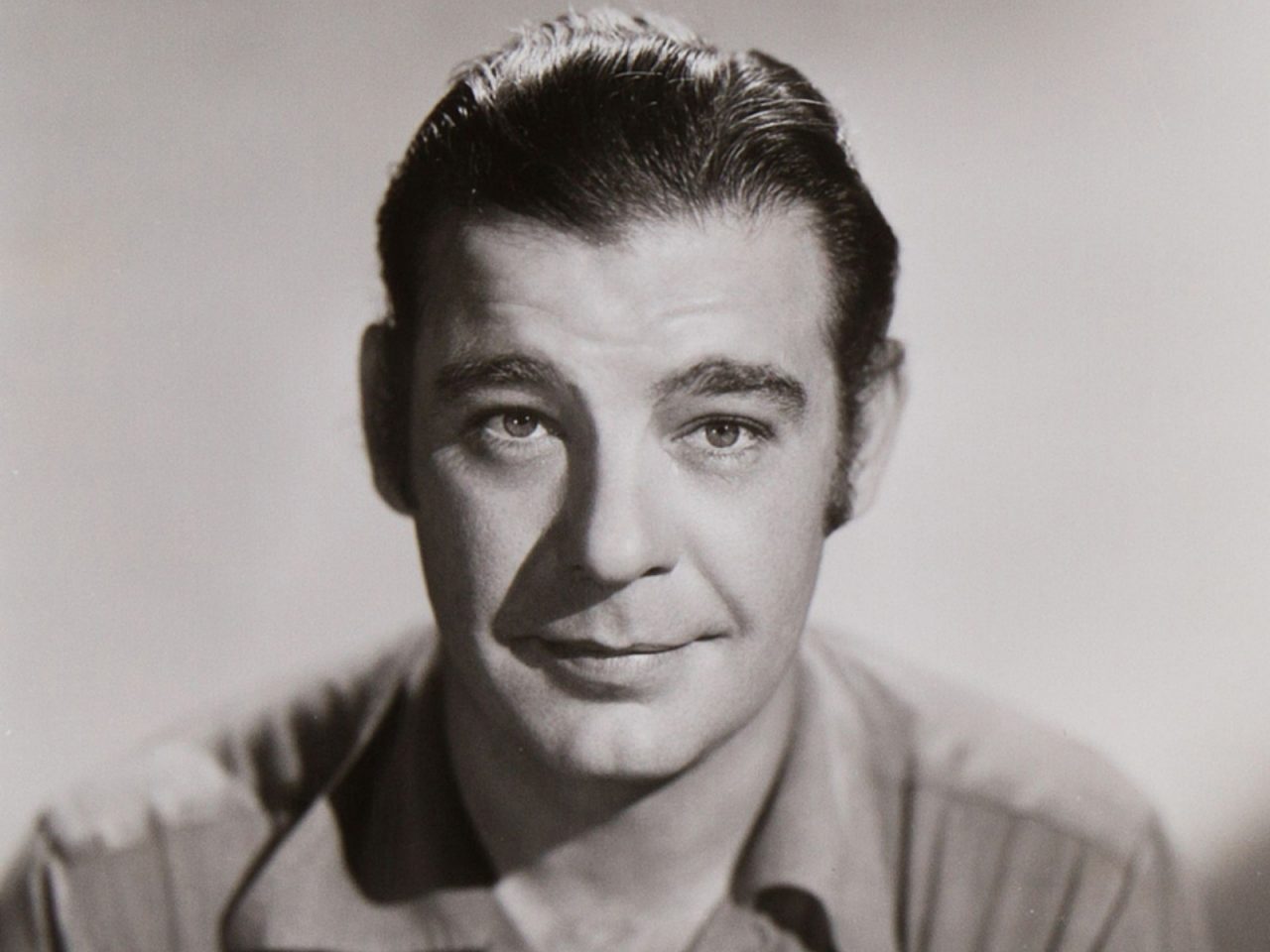 Lon Chaney Jr. entered Hollywood through his showbiz family. Lon Chaney Jr. is the son of Lon Chaney, the iconic silent film actor and horror film legend. The actor entered the business in the early 1930s. He worked his way up, playing a number of small roles across a wide spectrum of genres.

Chaney is probably best remembered by contemporary audiences for his part in the on-going Universal monster movie franchise. Lon Chaney Jr. initially joined the series when he was cast in The Wolf Man in 1941. However, he continued throughout the franchise, eventually crossing into The Ghost Of Frankenstein and later The Mummy’s Tomb.

In his monster roles, Chaney polished his ability to convey emotion through layers of make-up. This is particularly notable as The Wolf Man. The role saw the actor wearing heavy make-up, which covered his entire body in fur. Furthermore, he also brought the physicality of the character to life. His Wolf Man seemed fully realized under the make-up. As such, Lon Chaney Jr. is a perfect choice to play Chewbacca. 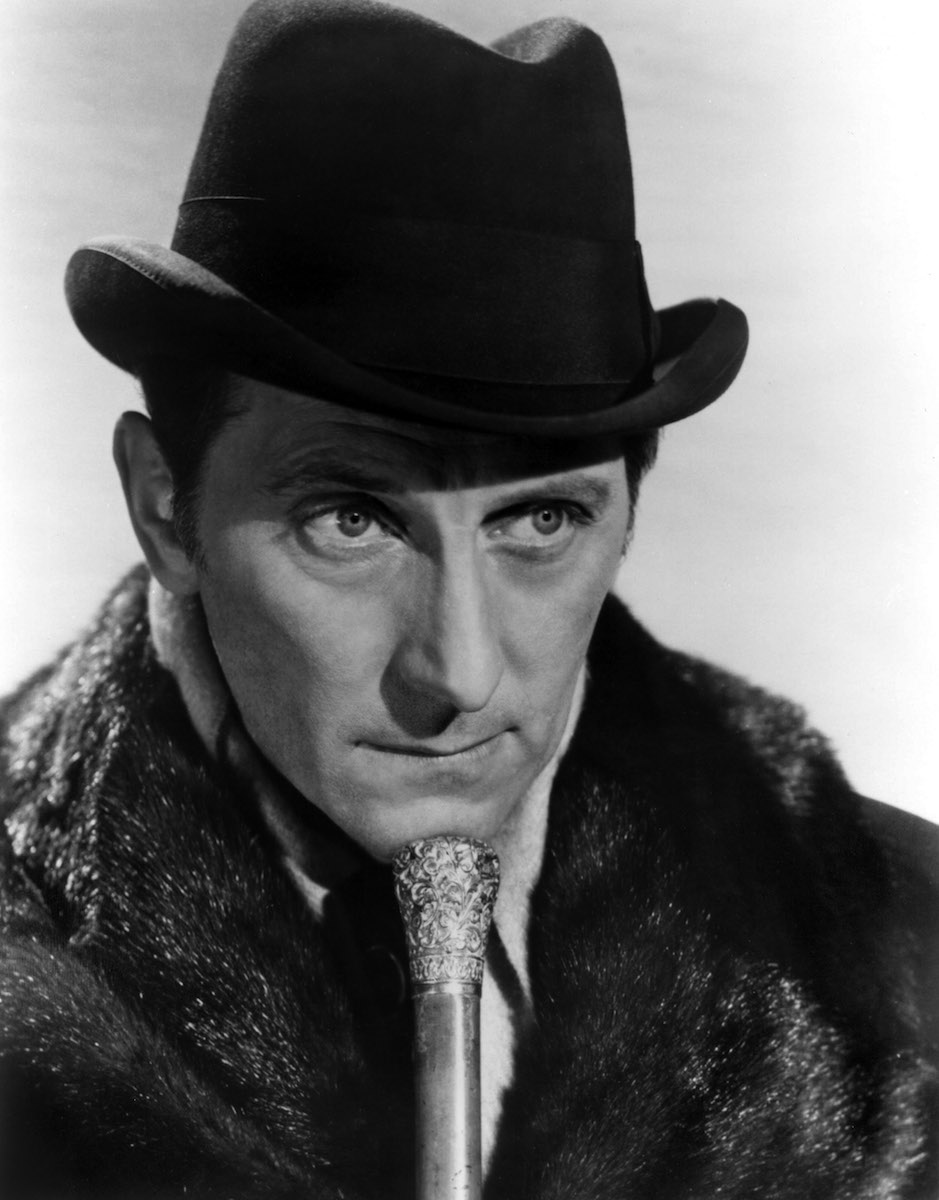 The character of Grand Moff Tarkin is defined by one each actor, and one alone. Peter Cushing. The man not only played the role in the original film, but also had his likeness used when the character returned to screens in Rogue One. Examining Cushing’s career through the decades, the talented actor conveys an ageless quality. He is the one and only Grand Moff Tarkin.

A mainstay of British cinema, Peter Cushing first debuted on movie screens in 1939. The actor worked steadily over the next decade crossing genres with apparent ease. In 1957, Cushing played opposite Christopher Lee in The Curse of Frankenstein. The role signaled the first in a long line of horror films which would come to define his lengthy career.

Who did we miss? Who would you have cast?