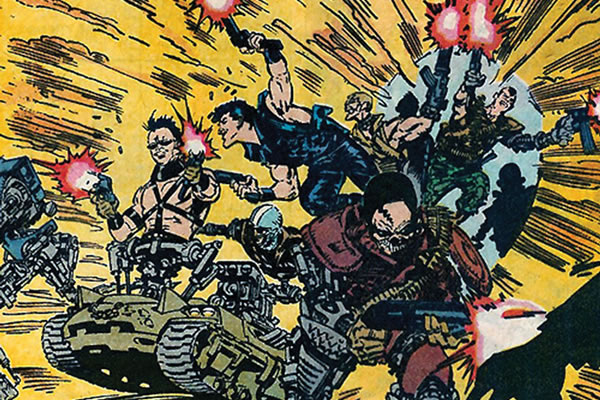 Real talk for a second — Fox Studios marketing department is brilliant. Turning Ryan Reynolds loose for Deadpool earlier this year, then all the viral 80’s videos for X-Men: Apocalypse and now the cryptic yet revealing daily posts for Logan on their instagram page, wponx.

They are killing it this year.

Speaking of daily Instagram posts, we have another one today and we hope they never end. The one for today seems to confirm the presence of The Reavers as villains in the film. The picture shows a hirsute man, his arms seemingly enhanced through cybernetics, aiming a sniper rifle.

It’s unclear just who this gentleman is, but the picture is titled “Reavers.” Whether he will actually be any of the Reavers from the comics or not is uncertain, but he certainly looks like a threat.

Our hope is that it’s —– and we just can’t see the tank treads in this picture.