Ready Player One has had a fast rise from best-selling book to much anticipated film.  Entertainment Weekly got the scoop on a first look photo for the upcoming film version, directed by Steven Spielberg himself.

Tye Sheridan plays Wade Watts, an orphan living in the stacks (literal stacks of mobile homes and trailers).  The photo depicts Wade (Parzival) in his hideout, escaping into the OASIS as most do in this dystopian future.  He is searching for Easter eggs, we assume.  He’s wearing his VR visor and haptic gloves, which look pretty cool.  This is the only space that is his and he spends some important time there, in his secret van, his hideout, his batcave; so it’s fitting that this is the first image released.

RELATED:  Composer Alan Silvestri and Spielberg Team Up for READY PLAYER ONE 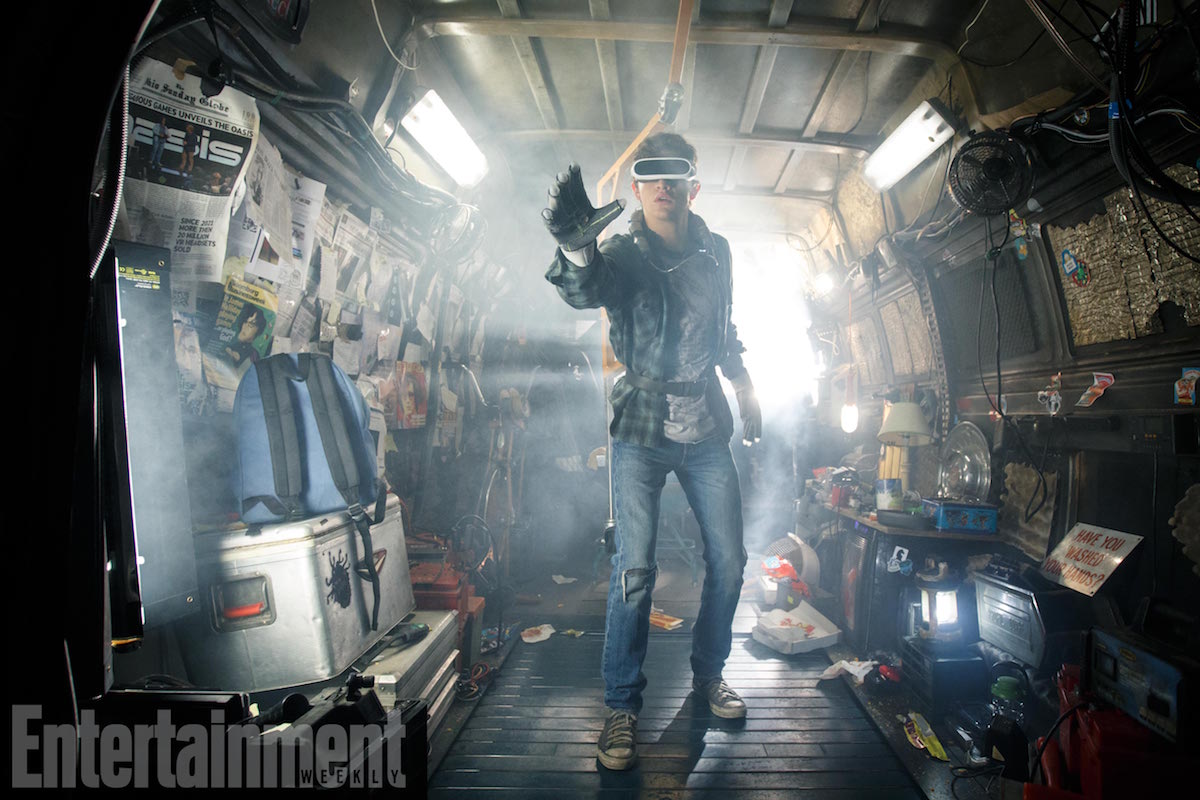 There are a number of Easter eggs in this image itself: references to Ernest Cline‘s novel and the story that is being told.  You can see egg crates and Garbage Pail Kids stickers on the walls and newspapers with headlines about the release of OASIS.  It’s fun to look around the van a bit and see what you can find.  Most notably there is a Wired Magazine hanging from the wall with a picture of James Halliday, Wade’s idol and creator of the OASIS, on the cover.  Mark Rylance plays Halliday, and I am VERY interested to see how he does it.  We will have to wait almost a year to find out.

Ready Player One is set to open in theaters in March, 2018.