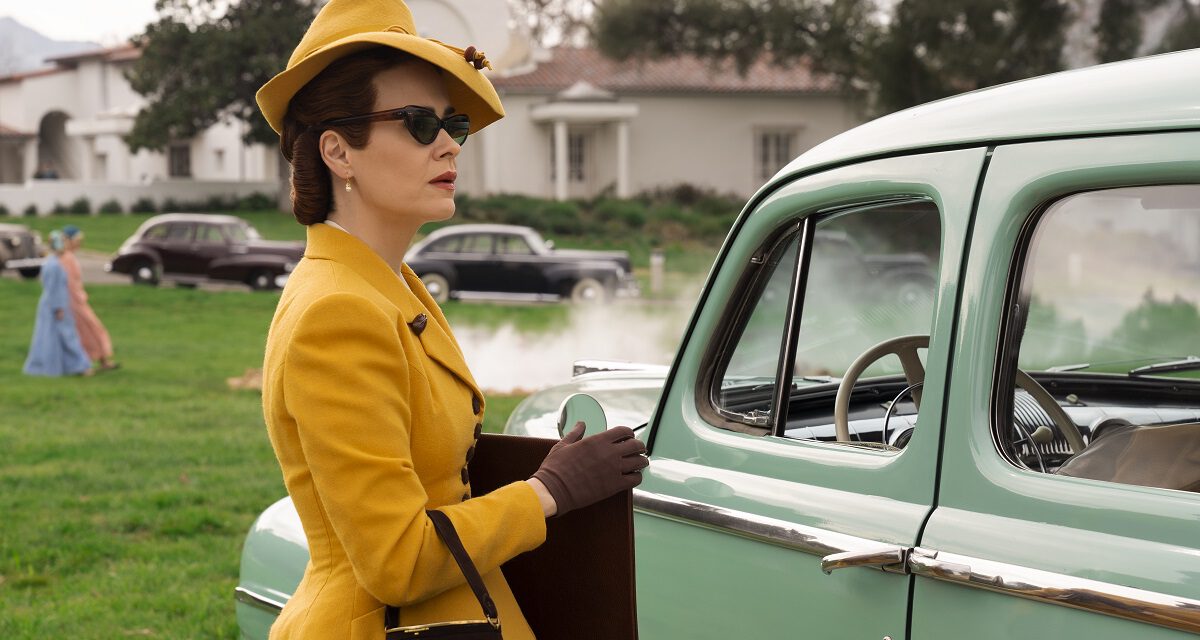 Have you ever wondered how movie villains become villainous? Follow up question: have you ever wondered how One Flew Over the Cuckoo’s Nest‘s Nurse Ratched became the antagonistic foe we know today? Are “monsters” truly born as such or are they made? Ryan Murphy‘s Ratched tells the origin story of Mildred Ratched (Sarah Paulson). We see her humble beginnings as a nurse in World War II and her curious hunger regarding “taboo” medical practices. That’s when she attempts to get a job with famed Dr. Richard Hanover (Jon Jon Briones) in coastal California.

Ratched is visually stunning. That’s an undisputed fact. Murphy is known for imbuing his works with vividly bright colors, juxtaposing the oftentimes dark themes he’s exploring. Additionally, Ratched takes on a film-noir quality with Mac Quayle‘s tempestuous score transporting you inside a 1930s film. This score is heightened during moments of horror or a particularly gruesome scene. It’s effective in that regard.

Stylistically, Ratched works. If you’re easily swayed by aesthetically pleasing visuals, a vintage-sounding score, and beautifully framed shots, then Ratched will tick off your boxes. But let’s dive past the meat — time to get to the bones of the series.

The performances are stellar across the board. Paulson manages to inject Mildred Ratched with equal parts heart and horror. However, you’re never afraid of her. Sure, Paulson’s stoicism translates as imposing, but never frightening. In that respect, I was a mite disappointed. I was hoping to get a truly terrifying glimpse at the Ratched we know so well from One Flew Over the Cuckoo’s Nest. But, again, the show hammers home the fact that monsters are made. Ratched was a product of her environment. Briones’ Hanover spends quite a bit of time catering to Ratched’s whims. His character appears to have more of a moral center than the rest. 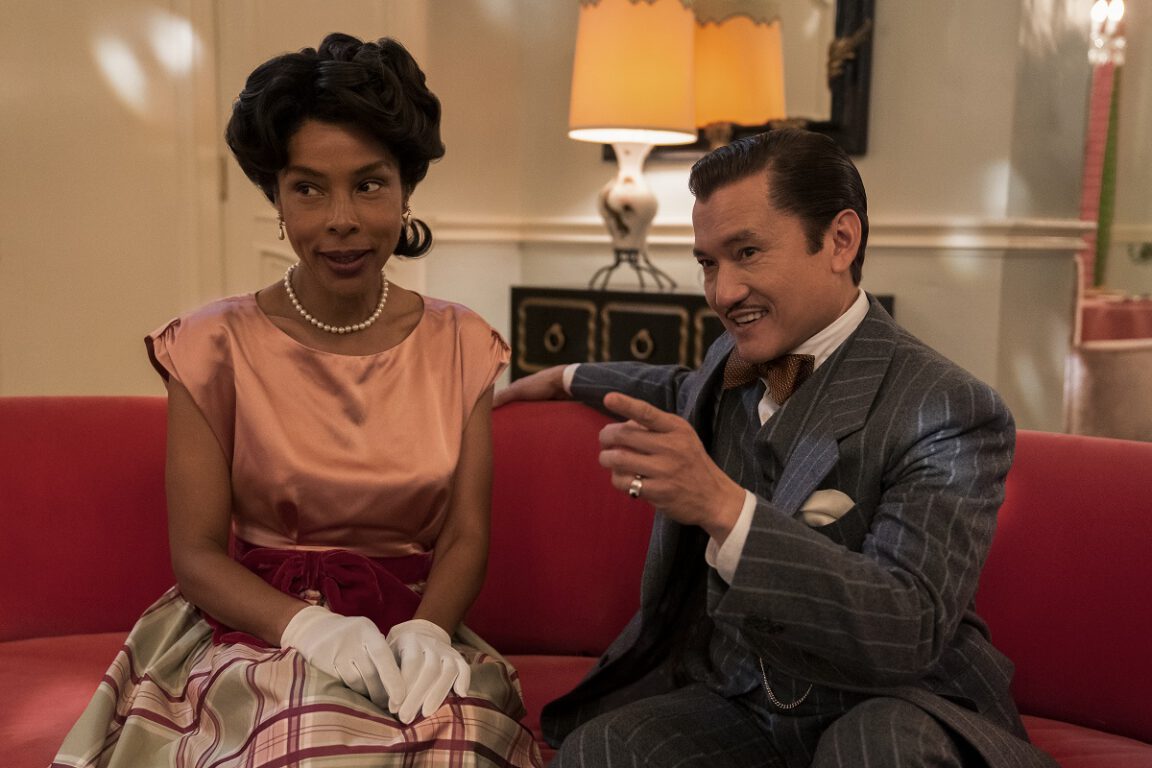 But the real breadwinner of performances goes to Sophie Okonedo.

Okonedo plays a schizophrenic woman named Charlotte Wells. The manner in which Okonedo seamlessly shifts between personas is jaw-dropping. Like a snake effortlessly shedding its skin. Okonedo gracefully inhabits these vastly different personalities. You believe, beyond a shadow of a doubt, that Charlotte Wells is more than one person. She’s many.

Everyone brings their A-Game to the table. However, the writing weighs them down.

As with many Murphy properties, Ratched loses the thread. What starts out as an interesting dive into a well-known movie villain devolves into a soap opera that often strays away from its main character. Ratched is a slow crawl. There’s more exposition than action. Perhaps Murphy was attempting to emulate a 1930s film noir wherein dialogue reigns supreme. Instead, we see a shadow of that emulation. A soap opera that spins away from Mildred Ratched and how she devolved into the antagonist for R.P. McMurphy and his cohorts. 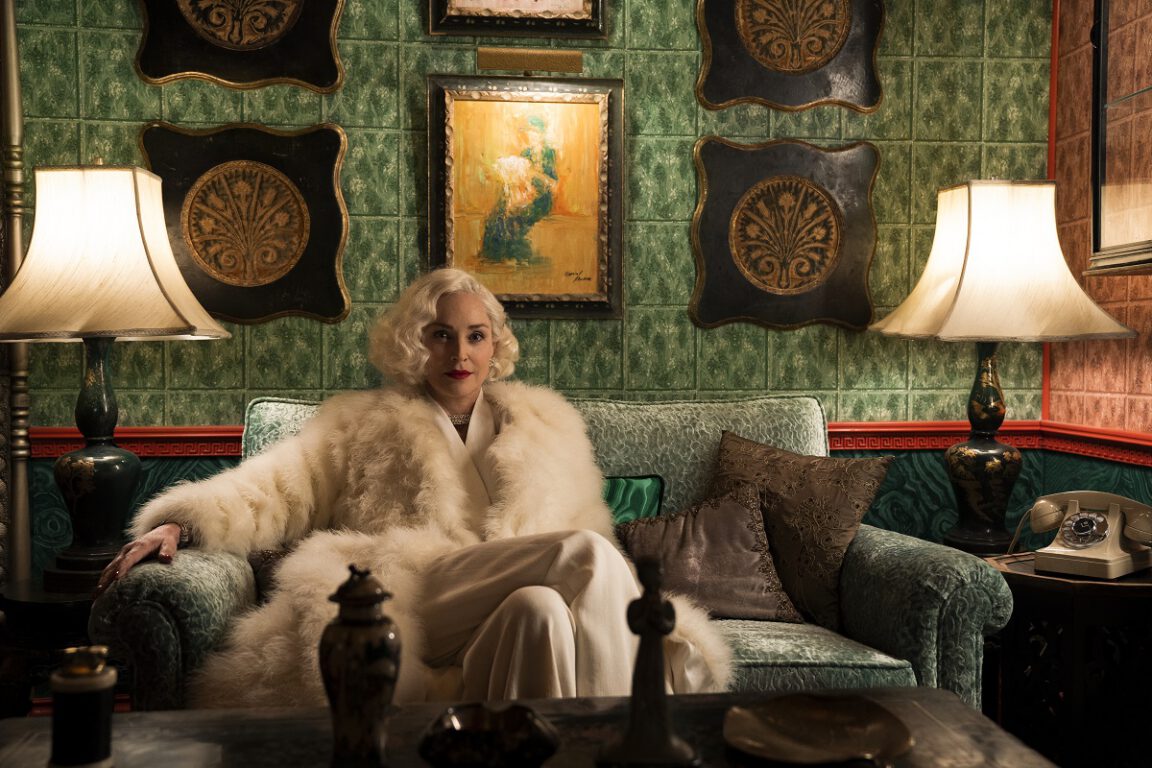 IMDb’s synopsis for Ratched claims it’s about a “young nurse at a mental institution who becomes jaded, bitter, and a downright menace to her patients.” Unless Murphy is planning to unleash that “menace” in a later season, I didn’t see much of that in Season One. We sympathize with Ratched. So much to the point that you wonder whether she could truly fall down a villainous rabbit hole. Is it possible?

Ratched moves slowly through each episode, trying to build up to these critical moments that just…fall flat. That payoff is never realized. Sure, the performances are wonderful. But even the actors can’t escape the overly dramatic dialogue set before them. Occasionally, it feels pompous, as if the writers wrote scripts for the express purpose of snagging an award.

Overall, Ratched is rife with stunning imagery, a score that gives off a whiff of nostalgia, great performances (particularly Okonedo), and subpar writing. Writing that sends our core character rotating further and further away from the sun.

Ratched will be available to stream September 18th on Netflix.

This review was originally published on 9/14/20

RATCHED Trailer Pulls Back the Veil on Nurse Ratched’s Origins

In this week's #OnyxEquinox, Izel must confront both the loss of his sister and his new destiny as the gods' chosen emissary. Read our recap below!

Saturday Morning Webtoons: THE KISS BET and BRIMSTONE AND ROSES

Need gift ideas for Christmas? I got you covered, #Earpers! Best of all: these items are from small businesses. Huzzah!