The first photo of Rami Malek as Freddie Mercury was released Tuesday.  Malek is playing the iconic Queen frontman in the upcoming biopic, Bohemian Rhapsody.  And to top off the excitement, it just so happens that the release corresponded with what would have been Mercury’s 71st birthday.  What a coincidence!

Brian Singer is directing the film that he told Entertainment Weekly is “not a traditional biopic”.  The film is centered around a period of time in the band’s heyday; from 1970, when Mercury entered the picture, to their Live Aid performance in 1985.  So, it’s not just about Mercury, but, as Singer put it, “It’s about collaboration. It’s a celebration.” 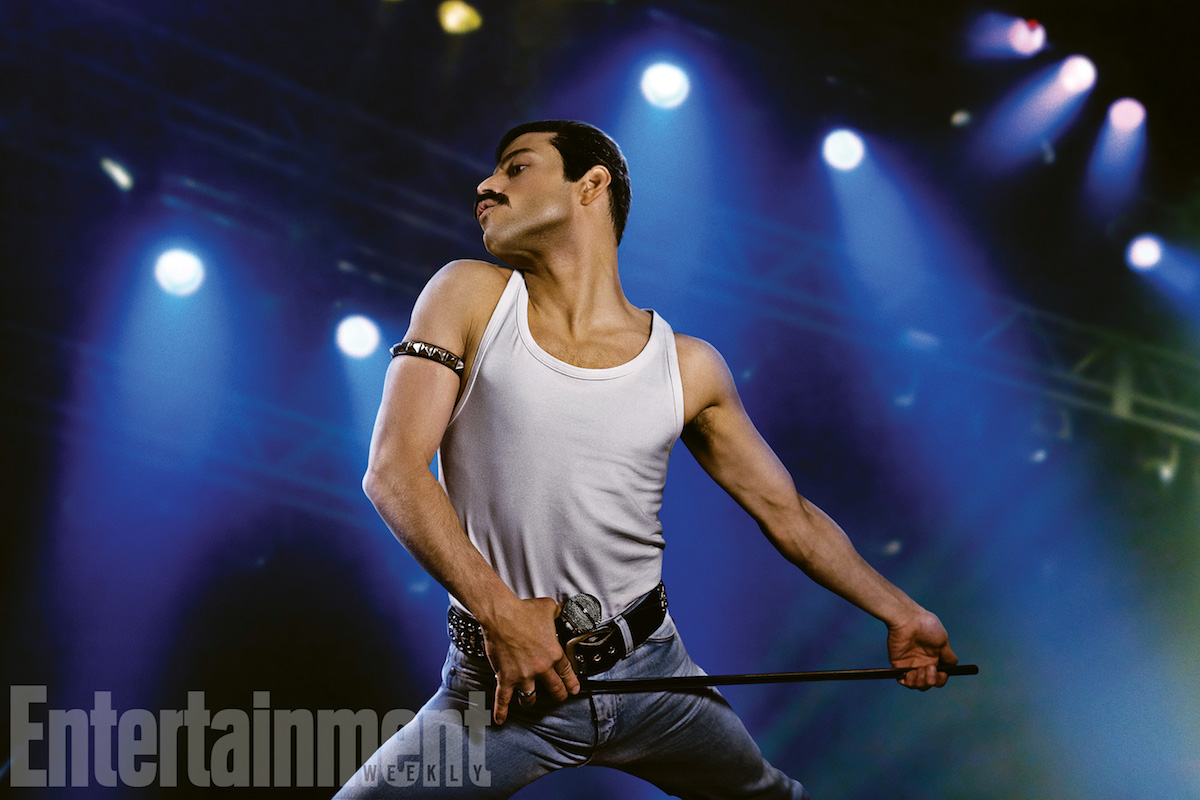 Rabid Queen fans everywhere have got to be frothing at the mouth in anticipation of this movie, and at the image of Malek.  He looks amazing.  Hopefully he’ll sound amazing too.  But, that’s a very tall order.  Freddie Mercury has one of the best and most iconic voices in rock music history.  Malek’s voice will be used, though, along with Mercury’s and a sound-alike filling in the gaps.  Malek said, “I’m in Abbey Road [Studios] right now if that should say anything to you. I’m not working on my acting.”  Mama mia, mama mia!