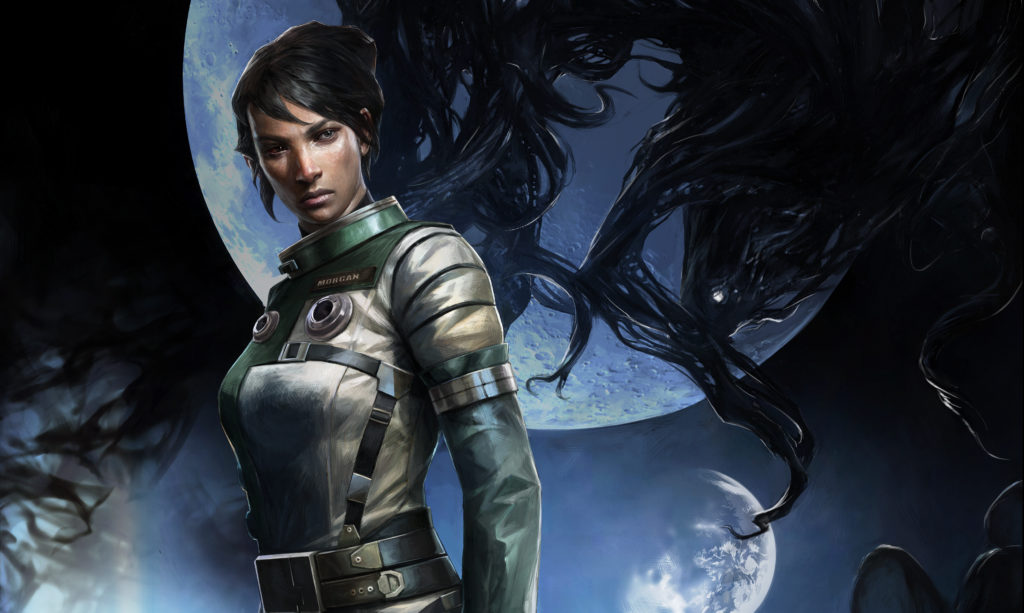 Prey, first announced during E3 2016, is a reboot of a game from 2006.  Just like movies, game reboot times are getting shorter and shorter.

It’s a first person science fiction action game where you can play as either male or female.  Kudos to choosing a unisex name, Morgan Yu, so the player doesn’t need to change a name or go by the last name the entire time. No one can be upset with that.  Right?

The new trailer gives us a bit more in terms of gameplay, what you can expect, the tools at your disposal, and the amorphous enemies that will hunt you.  For an extended look at gameplay, check out Game Informer’s 9 minute video.  For whatever reason, I keep getting flashbacks to the first Bioshock.  Take a look and draw your own conclusions.

You are Morgan Yu, the subject of morally dubious experiments designed to improve the human race. You awaken aboard the Talos 1 in the year 2032 and must uncover the secrets hiding in the depths of the space station while being hunted by the mysterious alien force that has taken over. You’ll have to rely on the tools you find on the station – along with your wits, weapons and mind-bending abilities – to combat the growing threat and, hopefully, survive.