PREACHER: Ramping Up to Season Two

If you haven’t seen Season 1, it is now on Hulu for you to catch up on. There are only 10 episodes, easily binged in a single day – however, that may not be a good idea since it can get a little gruesome. The series is based on the comic book published by Vertigo (of DC Comics) that follows Jesse Custer (Dominic Cooper of Agent Carter), a drunk, small Texas town preacher, that questions his own faith before finding himself suddenly possessed by a thing known as Genesis. Genesis, it turns out, is an escaped creature from a cell in Heaven that is neither good nor evil (it is actually purely both). This possession gives Jesse a kind of power over people, which leads to some interesting story lines. 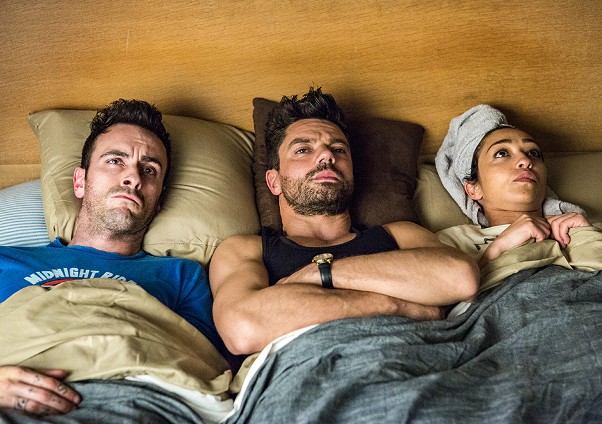 Jesse is not alone in his adventure. Cassidy (Joseph Gilgun) is an Irish vampire that shows up like a lost puppy and Jesse takes him in. Tulip O’Hare (Ruth Negga, World War Z, Warcraft: The Beginning) is Jesse’s ex-girlfriend that shows up seeking help from him to get revenge on a past associate of theirs.

RELATED: Season 2 of PREACHER Starts ‘On the Road’

Season 1 ends with the revelation that God is not in Heaven and the trio set off to find him. Season 2 is described by Negga as “a road trip that goes horribly wrong” in an interview with Entertainment Weekly. The first teaser, “Powerful”, definitely supports this, with a short conversation about bad music before a sudden, over-the-top police chase. The entire teaser, which only lasts 30-seconds, is interspersed with bizarre scenes, gun fights, music discussions, and even a glimpse of Arseface (Ian Colletti). 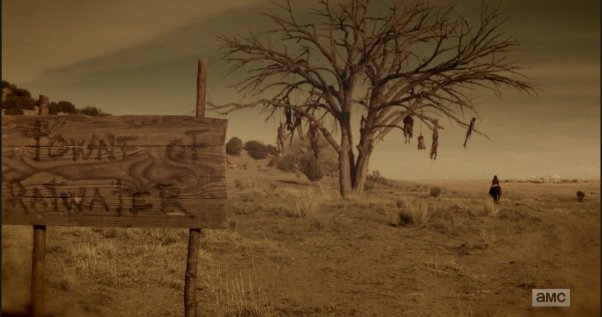 There is a side story in Season 1 that makes a very brief appearance in the first teaser, but does play a part in the second: in the year 1881, a man leaves his home to find a medicine for his daughter. His trek is fraught with setbacks and he returns to find his wife and daughter dead. He then returns to town to take his own revenge. The second teaser, “Beast”, begins with Jesse saying “Someone’s after us,” before cutting to a scene of a modern room with the mysterious cowboy in silhouette. He is then described as a “beast, straight out of Hell.” The teaser then devolved into the same style of musical overlay with scenes similar to the first teaser, showing again the police chase, shootouts, and some crazy weird stuff.

View the Season 2 teasers below:

From AMC:
After a phony encounter with the big man upstairs, Jesse (Dominic Cooper), Tulip (Ruth Negga), and Cassidy (Joseph Gilgun) embark on a wild ride to find answers from God himself, leaving their hometown in the dust… literally. Preacher returns Sunday, June 25 at 10/9c.