Home » The Daily Bugle » Plot Synopsis and First Photograph for Justice Society of America on Legends of Tomorrow!

Plot Synopsis and First Photograph for Justice Society of America on Legends of Tomorrow! 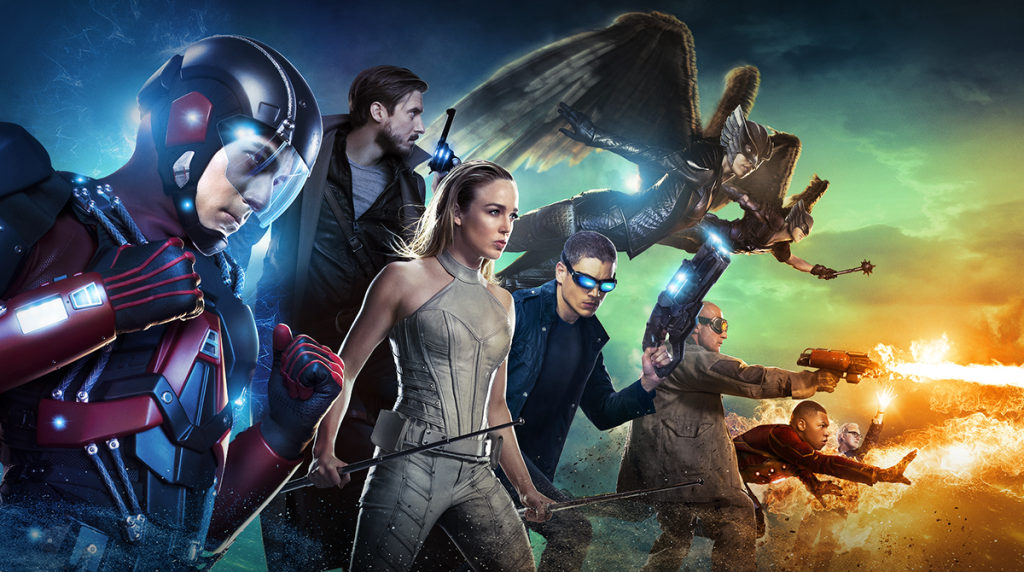 Next week the five month hiatus between seasons will finally be at an end and we’ll finally have all of our DC Comics series returning to The CW! Finally, we’ll all be able to relax, stop fretting about life and know that everything is right with the world.

One of the things that will be right with the world is Legends of Tomorrow. Now, it won’t start getting right with the world until October 13th, so it’s still another full week away, so we’ll all just have to be okay with our OG DC shows on The CW — The Flash and Arrow — as they both premiere next week, with The Flash kicking things off on Tuesday (October 4th) and Arrow following on Wednesday (October 5th).

However, though Flash and Arrow are kicking everything off, there’s something they don’t have that Legends of Tomorrow has in spades — the Legends have the Justice Society of America.

Yes. You most likely already knew that, but think about it for just one more second … we are getting a live action version of the JSA. Nerds in the 90’s didn’t think it was possible, and yet, here we are.

In fact, not only do we have that fact to look forward to, but we also have visual and narrative proof of it as The CW has released their plot summary for the episode where the JSA makes their first appearance and it doesn’t sound like things are all hunky-dory when the Legends first meet them. As you’ll see below, the Legends show up in the 1940’s to help the JSA, but are instead rebuffed by them. It’s superheroes vs superheroes now!

As if having the plot synopsis wasn’t enough, we’ve also got our first look at the team! 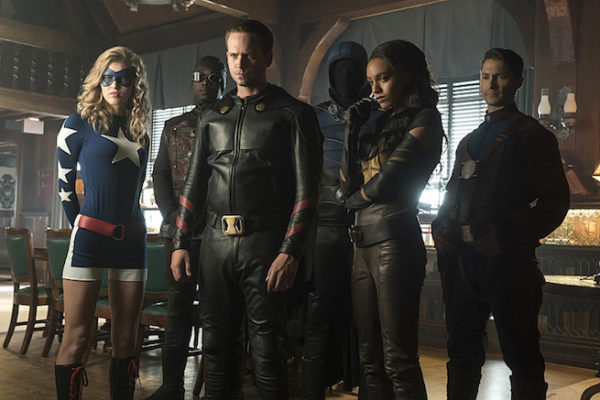 And just who are all of these heroes?

So, there you have it. Congratulations nerds of the world, we’ve done it. We’ve got a live-action JSA on TV. We’ll have to wait until October 20th to watch it, but we’ve waited for about 80 years, so what’s another couple weeks…

You can read the plot synopsis below!

TEAM WORK — The Legends travel to Nazi-occupied Paris, but find themselves surrounded by the Justice Society of America (AKA JSA.) The Legends discover a time aberration that threatens the JSA, but the JSA wants nothing to do with them or their help. Nevertheless, the Legends force their way into the JSA’s mission to intercept and seize a mysterious package. Nate (Nick Zano) is desperate to prove that he should be part of the team, but he has a secret that he shares with his grandfather Commander Steel (Matthew MacCaull) that might make it difficult. Ray (Brandon Routh) is so focused on impressing the JSA, he puts himself and Vixen (Maisie Richardson-Sellers) in danger. Meanwhile, Stein (Victor Garber) has stepped in as the leader with Rip (Arthur Darvill) gone, but when decisions aren’t being made Sara (Caity Lotz) seems to be the one calling the shots. Dominic Purcell and Franz Drameh also star.