Last we heard about author Philip Pullman’s bestselling and award-winning trilogy, His Dark Materials, BBC was announcing it was bringing the books to the small screen. Yesterday, Pullman announced that there will be a new trilogy of books coming out called The Book of Dust that take place in the multiversed world of the original trilogy. The book will be released October 19 of this year. 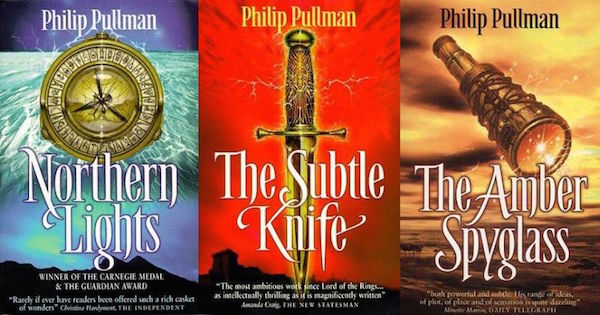 The original trilogy consists of three books, Northern Lights (Here in North America, the first book was called The Golden Compass), The Subtle Knife and The Amber Spyglass. Our young protagonist is Lyra Belacqua, an orphan, who lives in a parallel universe in which science, religion and magic are ever present. Lyra’s adventures place the young girl in the middle of a plot involving kidnapped children and an elemental particle called Dust. Later in the series, she meets Will Parry who has a knife that can cut through worlds. Lyra and Will are swept up in an ongoing battle in the heavens.

This is exciting in that if Pullman is exploring Lyra’s life when she was but a babe, then we will most likely learn more of her clever, conniving, power hungry and hard to love parents, Mrs. Coulter and Lord Asriel. Also, when we left The Amber Spyglass, Will and Lyra’s love seemed doomed since they cannot spend great amounts of time in each others’ universe without getting ill from the cumulative affect of not living in your own world.

Other hints that have been dropped about The Book of Dust:

-There will be a boy from His Dark Materials that will go on an adventure with Lyra. Evidently, a “terrifying adventure” to a new world.
– Pullman has an interesting way of looking at this new series. He said it is not prequel, not a sequel but an “equel.” These new books are to be more of “companion” pieces to the original trilogy.
– Surprise! The books will deal with Dust. These elemental particles that gather more densely around adults than children, were a very important part of His Dark Materials and so this is no surprise. Neither is the fact that we will read more of the Alethiometers and the ever-so-important Daemons.

Very exciting! I can’t wait to read more about Pantalaimon. Will Lyra and Will reunite? Will we see King Iorek? Please? I mean he’s fighting armored polar bear! 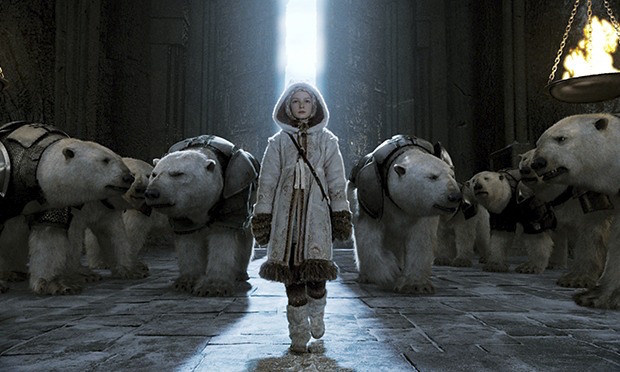