A Personal Reflection on the Life and Contributions of Len Wein

I’m in Middle School, arguably the worst three years of any child’s life — they certainly were for me.

But the beginning of something new would start for me that year that would inexplicably impact the rest of my life — the premiere of the X-Men Animated Series. Premiering in October of that year, close to my birthday, I was introduced to Beast, Jubilee, Cyclops, Gambit, Rogue, Jean Grey and others, not fully realizing that these outcast mutant heroes would play a role in introducing me to comics and changing the direction of my life. 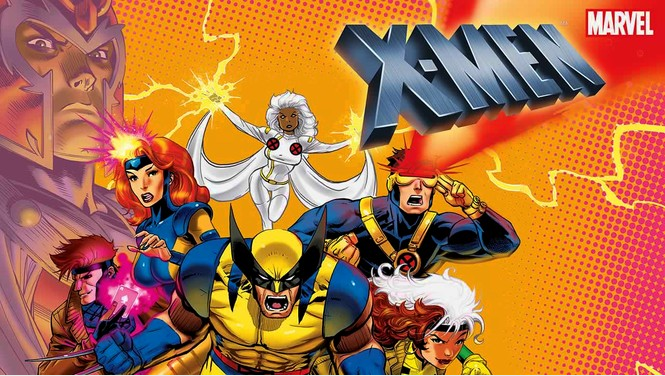 Among those mutants introduced in that pilot episode was Wolverine — pretty much the coolest mutant of them all. He was tough, didn’t take guff from anyone, deeply flawed and human despite his unbreakable claws and super fast healing factor — he was the best at what he does, even if what he does isn’t very nice. He chomped on cigars, called people “bub,” and was pretty much unafraid of anything.

For me, like many kids my age, Wolverine was one of the first comic book characters they fell in love with. 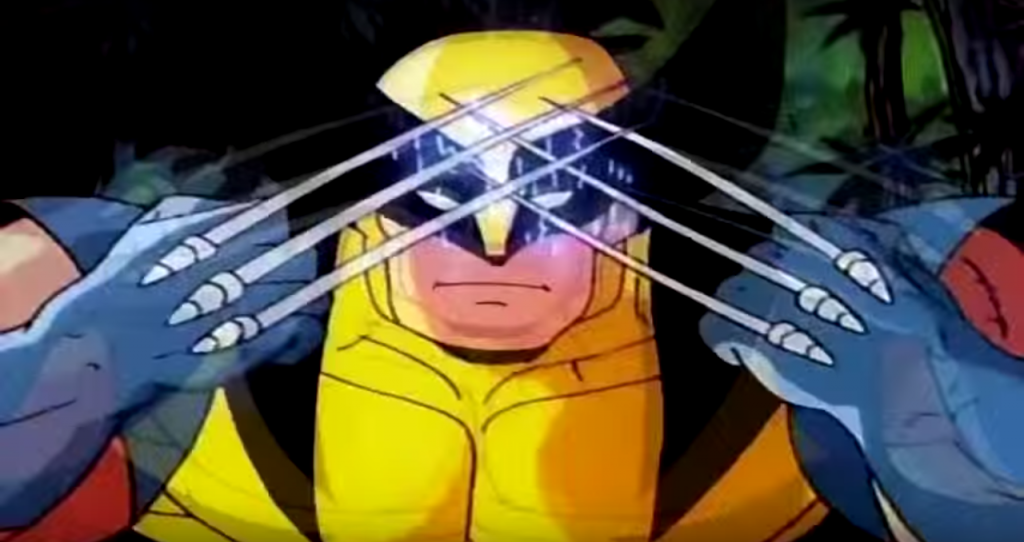 However, the character that fully pulled me into comics was Nightcrawler, a.k.a. Kurt Wagner, the german mutant who has the appearance of a blue elf and can transport himself over long distances with a simple “Bamf!” He was the embodiment of my childhood perception of myself — a caring, talented and attractive adventurer stuck in the body of an unattractive, misunderstood, ostracized mutant of a human. He was Errol Flynn stuck in the disfigured body of a hairy blue demonic misfit — who of us at that age did not associate with him?? 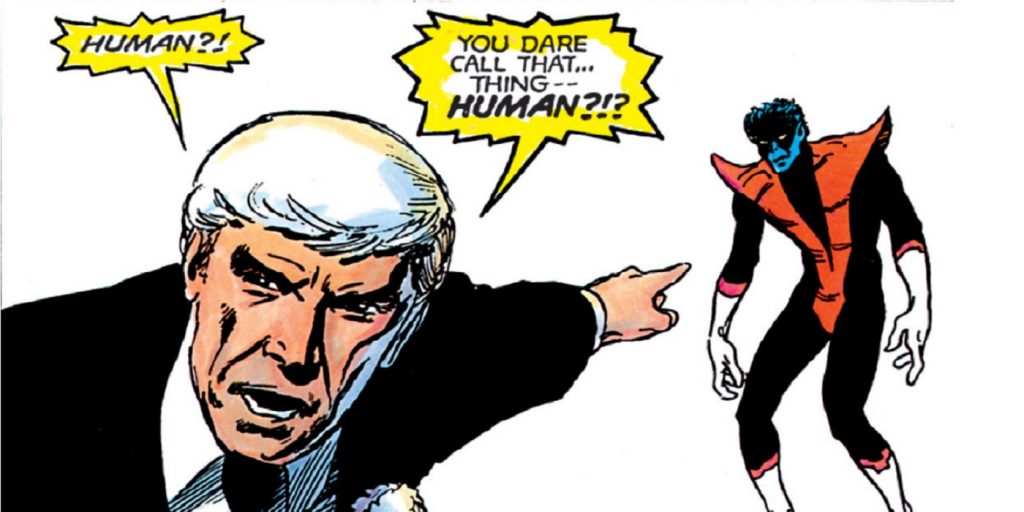 However, it was his deep faith in Catholocism and the Christian God that allowed me to read comics. My loving parents (said without irony) were not sold on comics as wholesome entertainment. They were still buying into the Wertham comics scare of the early 50’s and the necessity of the Comics Code. However, once I was able to show them that Nightcrawler, a character that looked like a demon, was actually a practicing Catholic and Priest, written without irony or commentary from the writers — at that time it was still Chris Claremont — my parents allowed me to finally start getting into comics.

And now, a good portion of my income comes from my capacity to know, write about and talk about comics. A lot of my free time, as an adult, is dedicated to studying the medium, it’s history and attempts at writing comics of my own.

I offer this personal history to you as a means to illustrate one thing — the quiet importance of one man on my life — Len Wein. 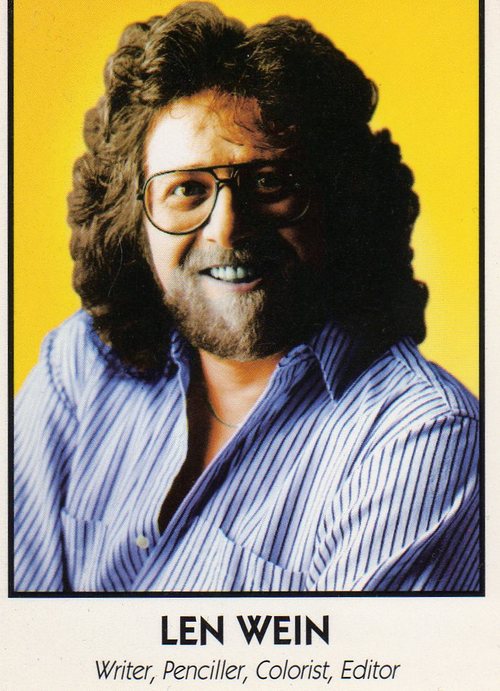 Len Wein is the comic writer who helped invent Wolverine in Hulk #180 and #181.

Len Wein then brought Wolverine in his second appearance into Giant Size X-Men #1, where he also introduced Storm, Colossus, Thunderbird and Nightcrawler.

Len Wein had a very large hand in saving the X-Men from 60’s obscurity, bringing them back and recreating them for a newer generation of readers. 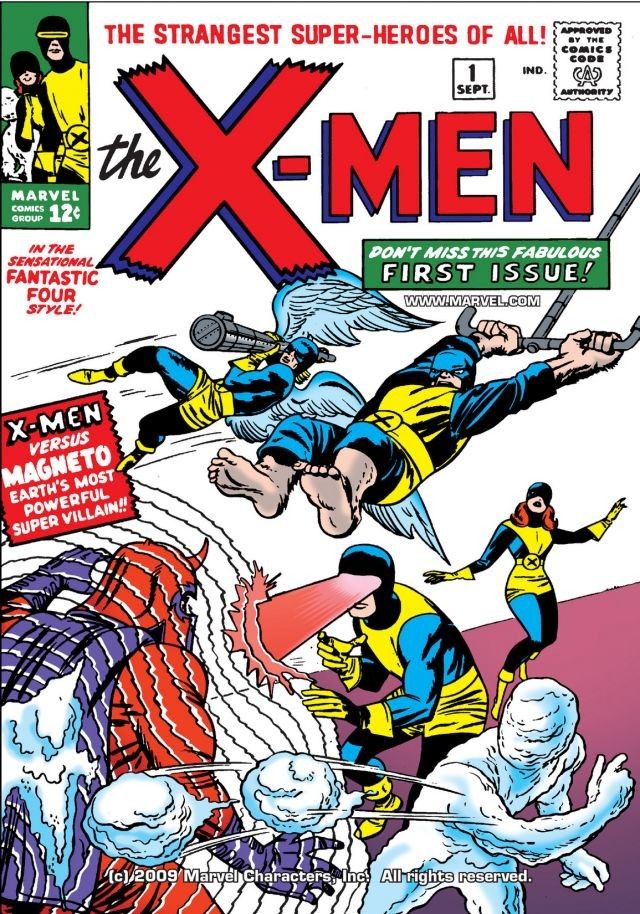 Though I’ve never done much research into this, just looking at the original line-up of X-Men and the team Wein and Dave Cockrum introduced in Giant Size X-Men #1, you can see the huge difference. The original team was just a bunch of white, east coast teens and their crippled advisor. However, look at how dynamic the new team is — a powerful, weather-changing African woman; a steel Russian with a heart of gold; a German priest who looks like a demon; a brave, self-sacrificing Native American; and a feral, Canadian badass. 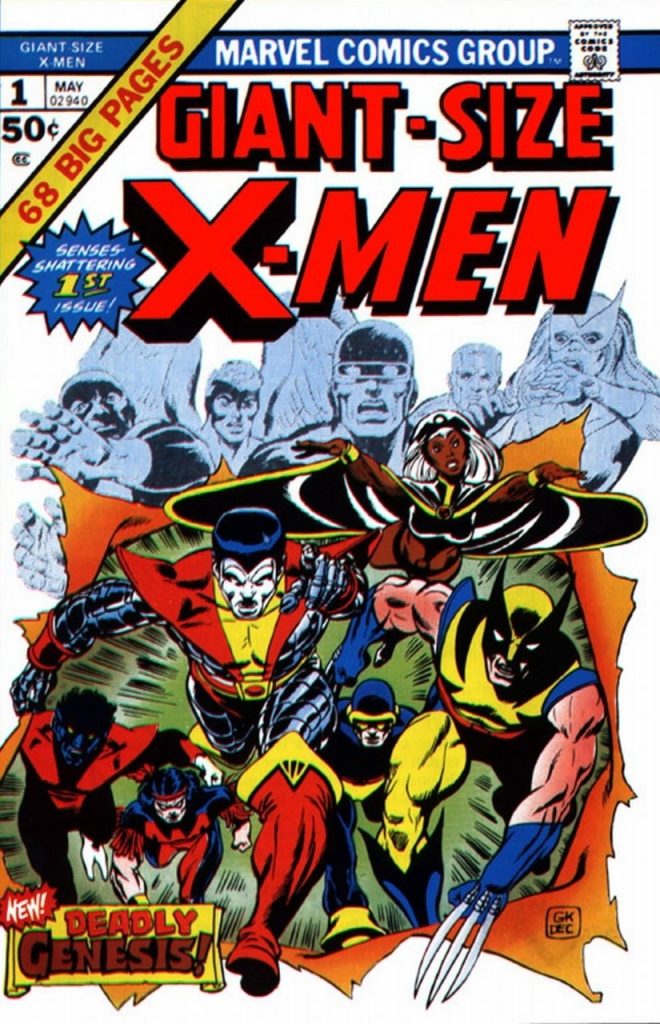 It’s powerfully different — and Len Wein did that. Without Len Wein, we don’t get the Claremont X-Men renaissance of the 80’s and 90’s.

He also went on to create Swamp Thing with artist Bernie Wrightson, a character that brought Alan Moore to prominence. However, he wasn’t quite done with Moore, as Wein also edited Moore’s and Dave Gibbon’s comic, The Watchmen, absolutely one of the most influential comics of all time. The brilliance and success of that comic helped to change the direction of the entire industry for a long time to come and Len Wein had a small hand in its production. 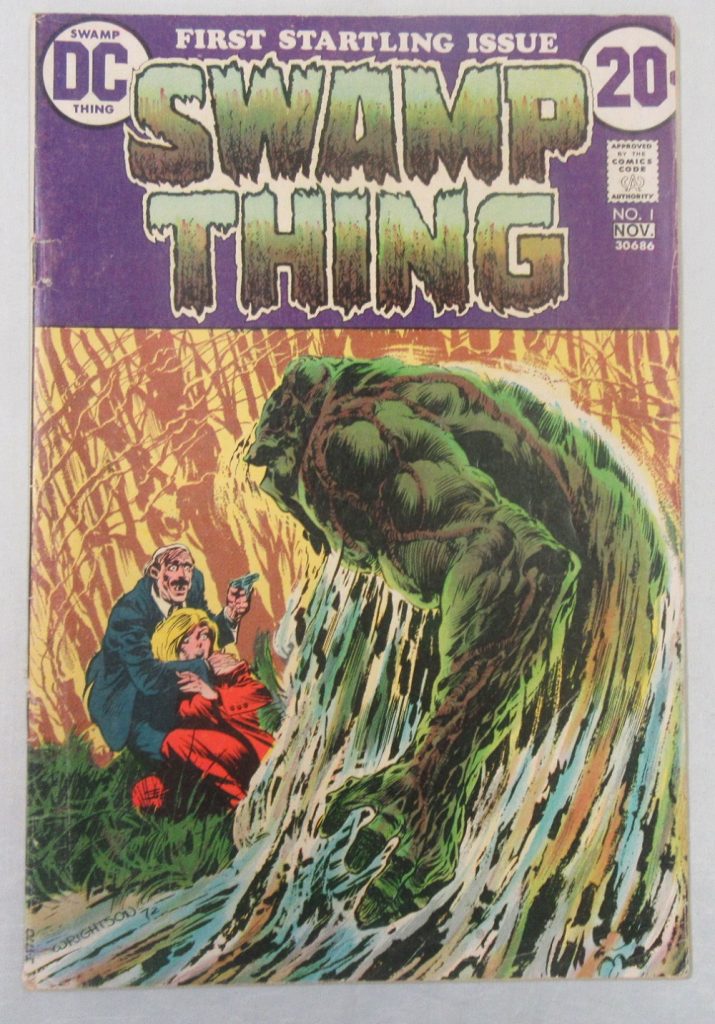 Beyond that, Len Wein was just a really nice guy. I had the pleasure of being on a panel with him at L.A. Comic Con a couple years ago. People warn about meeting your heroes, but everyone once in awhile, that maxim is proven wrong and that was certainly the case with Mr. Wein. The comic publishing industry can be brutal. The famous phrase is that comics will always break your heart. Often times, the characters and stories that the writers and artists pour their heart and soul into go on to become billion dollar behemoths at the box office, with those creators not seeing much of that revenue. Admittedly, it’s very unfair and many of the writers and artists harbor some semblance of resentment and bitterness to the publishers that got them where they are. Famous cases like the creators of Superman, Jerry Siegel and Joe Shuster, who sold the full rights to Superman to Detective Comics in 1938 for $130 permeate the industry.

It’s easy to see where creators are bitter.

But Len Wein never was, at least not on the surface with us fans. If he was ever bitter, it was only in the privacy of his home with his friends and family, because the few occasions I had to speak with him were positive and encouraging, leaving me saying that if I’m ever an influential comic book writer, I want to be just like him. He was always engaging, always game to be on a fan panel at a comic convention and hosted Sunday Suppers at his house for lucky fans and colleagues who found themselves in his gracious orbit.

Len Wein is a relatively unsung hero of the comic book industry, often times eclipsed by names like Stan Lee, Jack Kirby, Carmine Infantino, Siegel and Shuster, Alan Moore, Jim Lee, Steve Ditko, Frank Miller and Chris Claremont. And not without reason — everyone listed above had a gigantic, massive hand in dictating the direction and evolution of comics, but Len Wein certainly deserves to have his name among that pantheon.

Digging around on Wikipedia for quotes, I came across this one from Chris Claremont talking about Len Wein. He said of his contributions to comics, “The history of modern comics would be incredibly different if you took [Wein’s] contributions out of the mix. The fact he doesn’t get credit for it half the time is disgraceful. We owe a lot of what we are – certainly on the X-Men – to Len and to Dave [Cockrum].”

Len Wein played a large part in developing the history and development of comics.

Reading through a Variety article on his death, there are a lot of tributes from comic and film titans as well as a youtube link to him talking about comics. We’ve done the same here as a way to pay some level of tribute to his talent and contributions, but more importantly to prove the quality of human he was in his life.

Create some new Swamp Thing comics with Bernie Wrightson, chomp on a cigar with Jack Kirby and entertain the angels with stories they’ve never heard before. Thanks for changing the life of a little kid in Texas and giving him heroes he could look to when the bullies were too much and he didn’t really belong anywhere else.

RIP the great #LenWein. He co-created Wolverine & Swamp Thing, both of which gave me a living as a writer & endless pleasure as a reader.

I just learned that my friend and writing inspiration @LenWein passed away this morning. My love and condolences to his wife, @mcvalada.

Len Wein. He wrote Swamp Thing, Phantom Stranger, & my favourite Batman stories. He showed 12 year old me that comics could be literature.

Len Wein. The fanboy made good, made legend. Co-creator of Swamp Thing, Wolverine, editor of Watchmen, writer of, well, everything. RIP. pic.twitter.com/ZYhDK7uOuH

Extremely saddened to hear of Len Wein’s passing. Incredible writer, incredible person. Thank you Len for all you gave to us. RIP