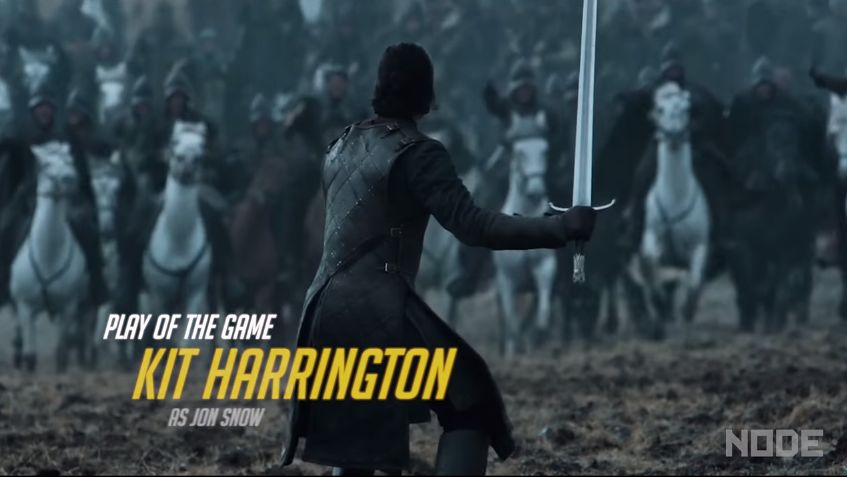 IF YOU AREN’T CAUGHT UP ON GAME OF THRONES TURN BACK NOW.  Serious spoilers in these videos below.

This past week spawned a few delicious Game of Thrones/ Overwatch mashups in Play of the Game of Thrones.  For those that aren’t familiar, at the end of every match of Overwatch one character is awarded Play of the Game which is exactly what it sounds like, the best maneuver of the game.  It may be the person that pulled a clutch play and protected their team, or it could be the player that eliminated the most opponents in one move, or it could just be a move implemented with incredible flair.   No matter what it is, the Play of the Game is awarded at the very end of the match and replayed for all players.

The first one comes from YouTuber, Node, and stars Jon Snow during The Battle of the Bastards.

Second is from Drazule and stars Sansa Stark, while the last one comes from Spoiler Kevin and stars Grey Worm.

I’m not sharing the one where Ramsay Bolton gets Play of the Game.  It’s too heartbreaking and he doesn’t deserve it.

There are quite a few on YouTube, if you want to find more just search Play of the Game of Thrones.  I’ve rounded up some of the best but I may have missed one or two.  Most of them are based of Battle of the Bastards since that episode was a special kind of yum.

Anyway, watch the clips below and enjoy the amazing mashup!