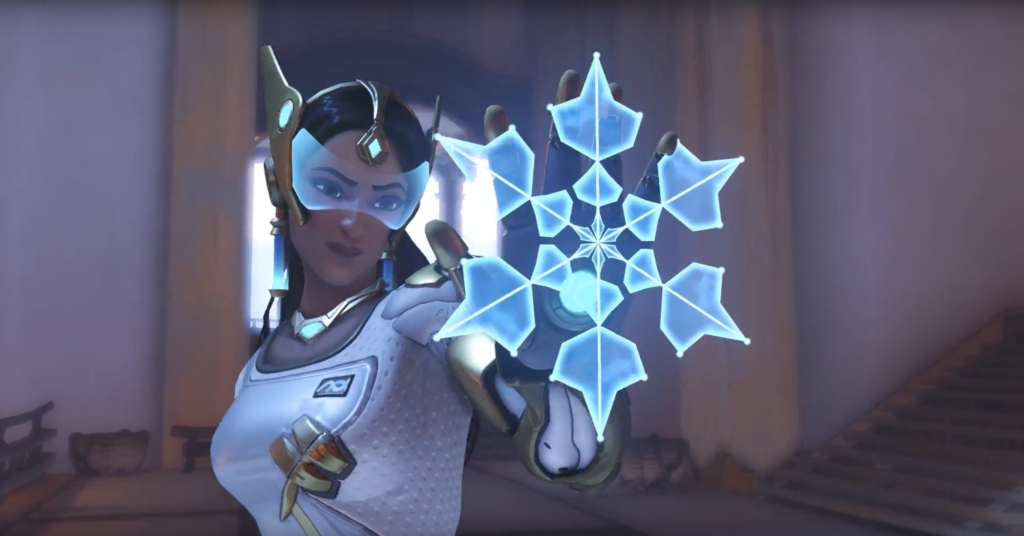 ‘Tis the season and all that jazz.  Winter Holiday fun is ramping up in many games, Overwatch is no exception.  Overwatch Winter Wonderland is now live with presents of skins, emotes, sprays, snowy maps, and a new Brawl.  But perhaps the best gift is the Symmetra overhaul wrapped up with the Wonderland patch and now we have even more to celebrate.

When you log in you are greeted with the usual event language, Overwatch Winter Wonderland runs from December 13, 2016 through January 3, 2017.  During that time you can unwrap winter themed loot boxes masquerading as presents, take part in a 6v6 snowball brawl, and fight on two snowed and decorated maps, Hanamura and Kings Row.  Of course you also go through the fun part of trying to unlock player icons, sprays, emotes, victory poses, voice line, and the ever popular skins.

As has been their MO since Blizzard started the seasonal event shenanigans, not every hero gets a skin.  This time Mercy has been left out of the fun and that makes me a sad panda. I had visions of a Mercy fairy dancing in my head.  But, there are 12 heroes that did get wintery skins.  As with Halloween, some skins are a bit more detailed than others.  Zarya, Lucio, McCree, and Reaper are simple recolors.  Torbjorn and Mei get into the Santa spirit.  Then there is nutcracker Zenyatta, elf Tracer, candy cane Sombra, reindeer Roadhog, ice crystal Pharah, and yeti Winston.

While skins are the most sought after items, nothing beats a good Play of the Game intro and this update has two very fantastic ones.  I have to admit my favorite is Widowmaker, but Symmetra is no slouch making a snowflake out of hard light.

Speaking of Symmetra, she finally got some love.  Her overhaul patch is now in the live game, so log in and enjoy the snow, Overwatch style.

SYMMETRA Patch Notes
Photon Barrier (New Ability)
Replaces her existing Photon Shield ability
Generates a large energy barrier in front of Symmetra that blocks enemy fire as it travels forward
Shield Generator (New Ultimate Ability Option)
Symmetra’s Ultimate ability now offers a choice between Teleporter and a new option: Shield Generator
Shield Generator places a device that grants additional shields to allies within its effective radius (regardless of barriers, walls, or obstacles between them and the Shield Generator)
Photon Projector (Primary Fire)
Range has been increased from 5 meters to 7 meters
Sentry Turret
Turrets that can be carried have been increased from 3 turrets to 6 turrets
Cooldown has been reduced from 12 seconds to 10 seconds
Photon Shield
Replaced with the new Photon Barrier ability
Teleporter
Health has been decreased from 200 to 50
Shields have been increased from 0 to 350