The big separation continues in episode two of Outlander’s third season, as Claire (Caitriona Balfe) and Jamie (Sam Heughan) struggle to make their lives apart work. Claire is finding her feet as a mother and trying to make the best of her also-ran marriage to Frank (Tobias Menzies), and Jamie is just surviving. How long until they’re reunited?!?

The alternating perspectives approach to presenting their stories continues in this episode, picking up with Jamie six years after Culloden and Claire about four months after giving birth to Brianna (based on her celebrating the milestone of Brianna rolling over for the first time).

Jamie is living on the lam, holed up (literally) in a cave on the grounds of Lallybroch. He has healed from the physical injuries of Culloden, but the psychological wounds left by the failed rebellion and the loss of his wife and baby are obviously eating away at him. He’s gone a bit feral, looking a dirty and cagey behind long hair and an overgrown beard.

Jenny (Laura Donnelly) and Ian (Steven Cree) regularly deny knowledge of Jamie’s whereabouts to bands of Redcoats who appear sporadically to roughly search their house and hold Ian for questioning. Of course they do know where he is, though, and when Ian’s away Jamie surreptitiously steps in to manage the books or deliver and butcher game he has hunted. 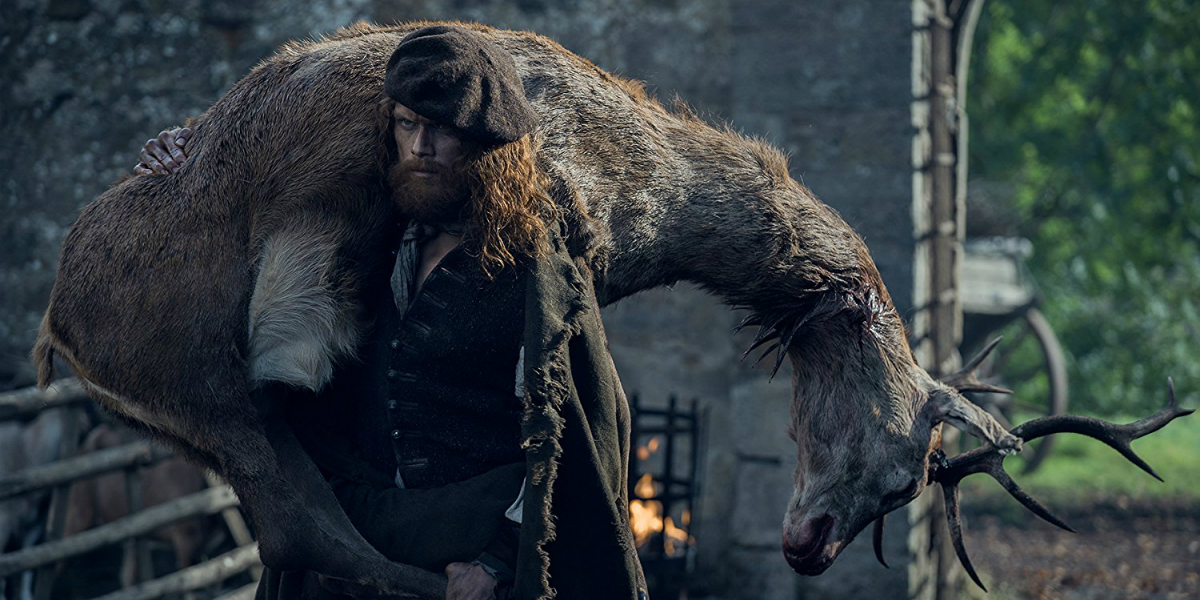 Young Fergus (Romann Berrux), confused and frustrated by the shell of a man his hero has become, starts acting out with risky behavior. He illegally fires a weapon while Jenny is giving birth, attracting Redcoats while Jamie is in the house and nearly getting everyone arrested. Later he leads two suspicious Redcoats on a wild goose chase through the woods, taunting them when they catch up to him, which leads to them to cutting off his left hand. Jamie is nearby, and he is able to save Fergus’s life, but he recognizes that as long as he remains in hiding, his family and their property will be in danger.

He concocts a plan for Jenny to turn him in for the reward money, and before he goes to prison he accepts the comfort of a night with Mary MacNab (Emma Campbell-Jones). He cries through that much-needed physical release, then Jenny cries as she delivers him to his captors the next day. Next stop for Jamie: Ardsmuir Prison.

While Jamie’s surrender is to the authorities (in a roundabout way), Claire’s surrender is to her life with Frank. She has the joy of being Brianna’s mother to keep her from devolving into a cave-dwelling ragamuffin, but she and Frank still can’t get in step. She resumes a physical relationship with him, only to have him disappointed that she won’t look at him while they make love. By episode’s end they’ve given up and switched to sleeping companionably in twin beds. 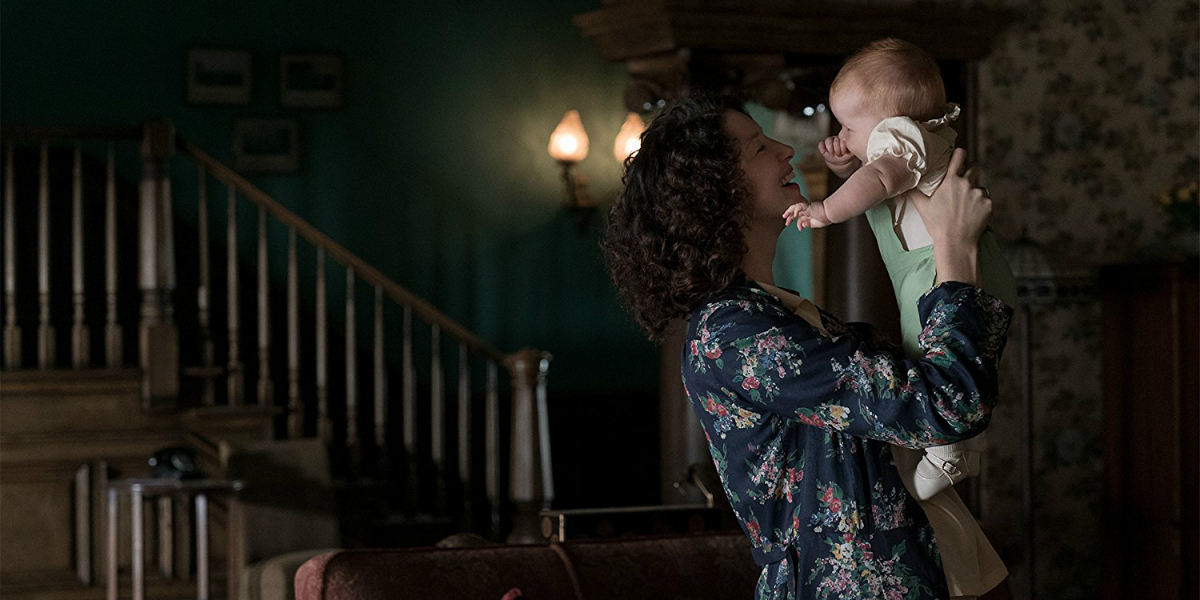 When filling the void inside herself with Frank doesn’t work, Claire turns to work. She enrolls in medical school, immediately finding herself a pariah whose presence is met with cold shoulders from faculty and students alike. The one exception is her fellow first-year pariah, Joe Abernathy (Wil Johnson), a black man. Next stop for Claire: becoming a surgeon.

Beyond the details of Jamie’s wild life and Claire’s domestic one is the ache that permeates this episode. Jamie’s eyes are sunken and hollow, and Claire has to forcibly keep her chin up all day every day. Chances of their reuniting next week are nil, but the journey towards that inevitability is sweetly bitter.