ONCE UPON A TIME Recap: (S06E09) The Changelings 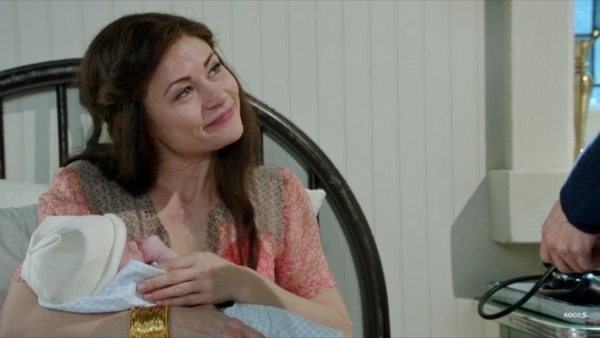 Our Storybrooke Heroes are faced with a new challenge from Mr. Gold.  The Evil Queen tries to secure her evil alliance.

In the past, Belle is working for  Rumpelstiltskin.  He brings home a baby for Belle to care for. She tries to leave and return the child. Rumple stops her in time and leaves with the baby.

Rumpelstiltskin (Robert Carlyle) was known for taking children, in exchange for favors and wishes.  What did he do with those children? Summon a fairy, of course.  Rumple has a lot of secrets, the biggest one being that his mother…spoiler alert…is the Black Fairy (Jaime Murray).  He asks the Black Fairy why she gave him up as a baby.  Her only answer is that sometimes you have to chose power over love. 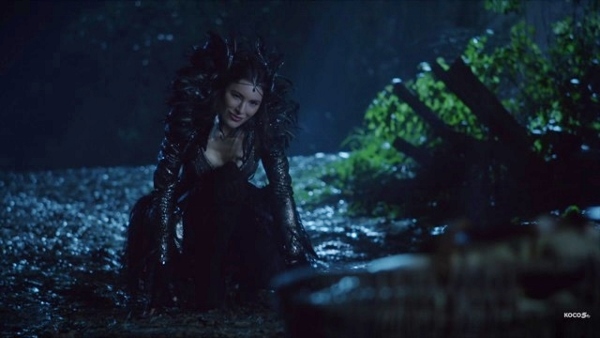 Belle takes the child and tells Rumple that she understands him better.  However, sacrificing innocent children is not the answer. He tells her that no one knows anything about his pain.  He allows Belle to return the child to its parents. 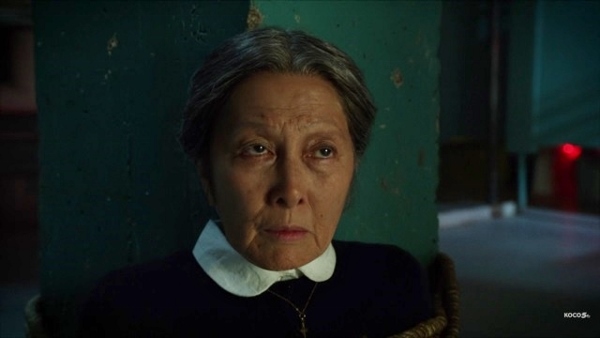 In Storybrooke, Mr. Gold (Robert Carlyle) has found a potion to speed up time.  He tests the potion on a fairy and sends her to Belle.  Belle frantically tries to find a way to stop Gold from using the Shears of Destiny on their unborn child.  She enters the dream world and her son is waiting for her.  He leads her to the answer to her problems, but Belle doesn’t want to accept it. 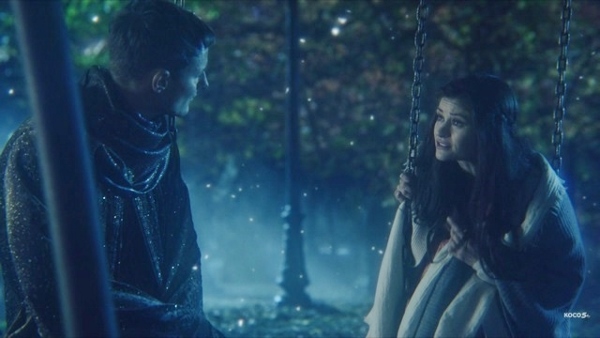 Emma (Jennifer Morrison) and Hook (Colin O’Donoghue) help Belle by looking for the shears and Gold’s dagger.  If they can find both, they can stop Gold from hurting Belle and the baby.  They find a sword instead.  It is the same sword from Emma’s vision.  Emma’s vision is getting stronger.  She loses her hold on Mr. Gold and he escapes. 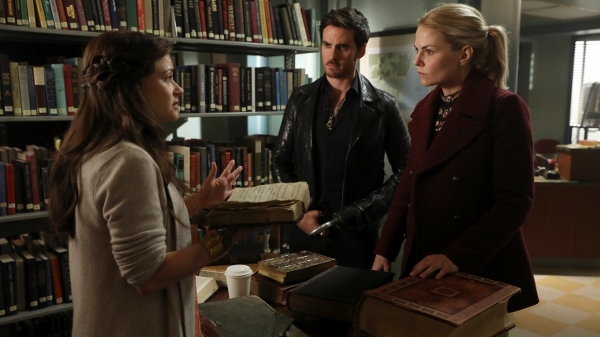 Gold finds Belle.  He tells her that by using the shears, he has a chance to start over.  And maybe his son will love him.  Belle tells Gold that if he uses the shears, Gold will also lose her forever. Gold backs off and goes away. 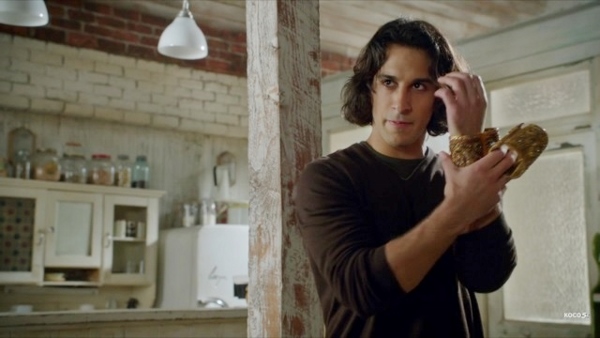 Meanwhile, Snow (Ginnifer Goodwin) encourages Jasmine (Karen David) to rub the lamp and reveal the genie.  With Henry (Jared Gilmore) and Aladdin’s (Deniz Akdeniz) help, Jasmine finds the courage to find answers.  The only thing that appears are genie shackles.  Aladdin puts on the shackles.  He goes inside of the lamp to find the genie. 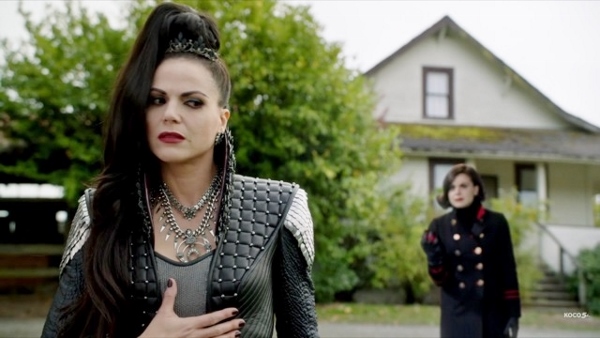 Regina patches up Zelena.  Zelena thinks that Regina actually cares about her and is ready to be real sisters.  Regina tells her that she will help her whenever she needs it, but she blames Zelana for Robin’s death. Regina says she will never forgive Zelena for that.

At Granny’s, Belle is sipping tea when her stomach starts to grow. Someone put the potion in the tea, causing Belle’s pregnancy to speed up.  Emma and Hook take her to the hospital where she gives birth to her son.  She names him Gideon. Belle asks the Blue Fairy (Keegan Connor Tracy) to be his fairy godmother and take him far away.  Belle says her goodbyes, gives Blue a book to read to Gideon, and Blue leaves with the baby. 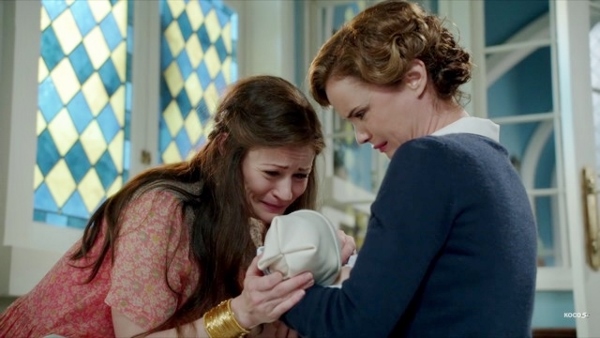 Gold arrives just a minute too late.  He is angry with Belle, but she knows that their son is safe.  There is no way that Gold can find him.  Gold ask for his name, but Belle refuses to tell him.

Gold returns to his shop and the Evil Queen is waiting for him. She tells him that she stole Gold’s magic and poisoned Belle’s tea.  Gold promises to make the Evil Queen pay for her betrayal.  The Evil Queen just snaps back, wishing him luck in finding his son.

Gold is overcome with anger and begins smashing up his store. 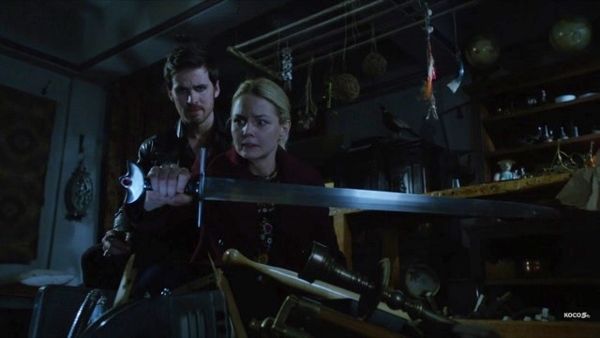 There was so much sadness in this episode.  Gold being abandoned by his fairy mother…Belle having to give up her son to hide him from Gold…and Regina telling Zelena that she could never forgive her for Robin’s death.  Overall a real bummer.

What was interesting though is that Aladdin became a genie!  It’s interesting because, in order for Aladdin to be free again, his master has to release him.  Who would release a genie?  Jasmine would.  The Evil Queen…no…and she gets her hands on that lamp in next week’s winter finale.

There’s just something about being evil that makes everything more exciting!