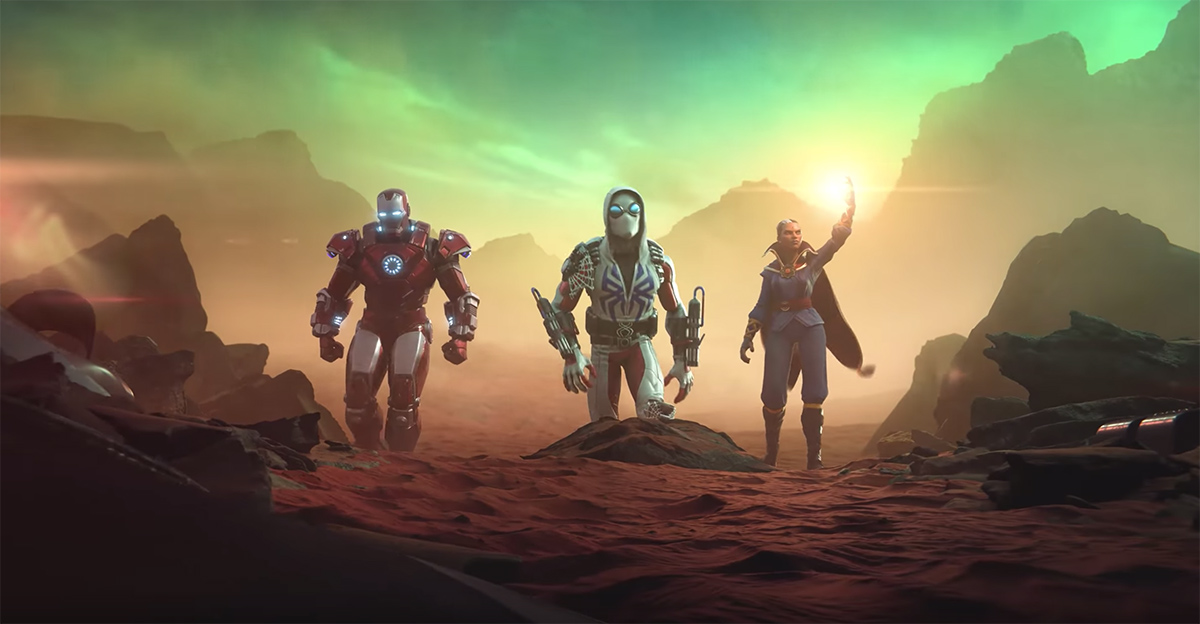 Last weekend during NYCC 2019 Kabam and Marvel revealed news their upcoming mobile game, Marvel Realm of Champions. This is the second Marvel related game Kablam has worked on, their first being Marvel Contest of Champions. The new game will feature a real time role playing game format. In game, players will chose Marvel themed inspired houses and team up with friends in real time to combat enemies and other players.

The game has yet to be released, but what we do know is the name of the house and the games setting. Players are transported to Battleworld, a forbidden planet behind the Space-Time Barrier. Here the four houses, House of Iron, Spider-Guild, Patriot Garrison, and Pyramid X are now at odds after the death of Maestro, the God-King. After gearing up your hero, set out with friends or on your own against the other houses on different maps including Asgard inspired battle fields or the high tech Stark industries.

Players will be able to live out their true super hero fantasies in Marvel Realm of Champions. The trailer itself shows off the different optimizations we can do for our characters as well as introducing us to the opening story line. It looks like we are going to be able to play a character similar to Iron Man, Hulk, Thor, Doctor Strange, and more. Being able to customize these iconic characters is like a dream come true. There is no official release date for the game, but more information and the subscriber emails can be found here.

RELATED: Keep up with our NYCC 2019 coverage!

A nerdfluencer with a passion for video games, fantasy, space and the great beyond.Loves to talk all nerdy things from table top games to Star Wars and everything in between.

Keep up with the #Arrowverse here! GGA Into the Arrowverse: A Week of Legends and Doppelgangers
#ArrowSeriesFinale https://www.geekgirlauthority.com/gga-into-the-arrowverse-a-week-of-legends-and-doppelgangers/