Home » Stuff We Like » NYCC 2017: THE MAGICIANS Panel Reveals a Magical Quest for Season 3

NYCC 2017: THE MAGICIANS Panel Reveals a Magical Quest for Season 3

The Magicians has been missing from our TV screens for far too long. Can you believe the Season 2 finale aired almost six months ago? Thankfully, the cast and creators appeared at NYCC 2017 this weekend. They blessed us with tiny, delectable morsels of information regarding our expectations for Season 3. Said panel took place Saturday October 7th, in the Hammerstein Ballroom.

Now, The Magicians panel boasted almost everyone from the main cast. Jason Ralph, Stella Maeve, Hale Appleman, Arjun Gupta and Olivia Taylor Dudley joined the fray. Creators Sera Gamble and John McNamara were also in attendance. Summer Bishil was unfortunately MIA, which means we’ll have to wait till January to get a glimpse of our favorite Sass Factory, aka Queen Margo. They dished on the main objective for Season 3 as well as new relationship dynamics we have to look forward to. Of course, they had to remain tight lipped about certain aspects so as not to spoil too much. After all, the element of surprise is what keeps people interested. 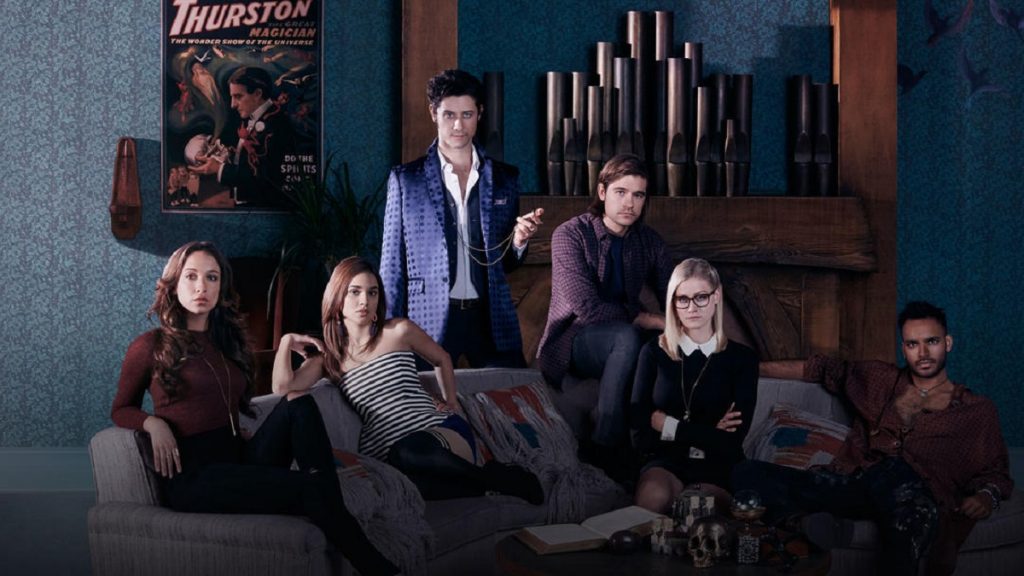 Remember when our babies were babies? The days of Brakebills are long past…

Well, since magic went kaput in the Season 2 finale, our heroes will find themselves unified on a quest to restore it. There’s speculation that the Fable of the Seven Golden Keys from The Magician King (Book 2 of Lev Grossman’s trilogy) may play a vital role. Now, the logo during The Magicians panel consisted of a key hole with a golden key adorned in the center. If that’s not the creators’ tongue-in-cheek way of saying this book plot will come to fruition, I don’t know what is.

Our magic-less Magicians will board The Muntjac, a massive (and living) Fillorian ship and sail the high seas. They’ll encounter uncharted territories and new worlds in their quest to save magic. This is an “all hands on deck” scenario, after all (get it?). Personally, I’m happy as a clam to see Gamble and McNamara honor the major plot points in The Magicians trilogy.

Now, the cast and creators also revealed that relationship dynamics will shift considerably in Season 3 of The Magicians. One blossoming new relationship that’s sure to excite fans is that of Alice and Julia. Yes, you read that correctly. Two women forever on Quentin’s radar will team up this season. Remember at the end of Season 2 when Julia showed Quentin she still had some magical sparks? Alice will most likely step in and help Julia hone what little magic she still possesses. I can see Alice wanting to live vicariously through Julia in that scenario. Our former niffin is now unfortunately bereft of what she loves most – magic.

Ralph and Maeve also teased a new shift in Quentin and Julia’s relationship for Season 3. They’ll restore their BFF status and overcome whatever unspoken grievances still exist between them. A scene with the duo was later revealed at the panel consisting of Quentin and Julia attending a party with Bacchus, the god of revelry. Q hopes they can persuade an actual god to reinstate magic. Instead, Bacchus forces Julia and Quentin to take shot after shot. Then, our Q is dosed with some kind of godly ecstasy, because this is The Magicians, after all. “It’s really gratifying to get back together,” Ralph gushed, regarding his scenes with Maeve.

RELATED: 8 Predictions for THE MAGICIANS Season 3

Even Penny is getting a revamp. Gupta, who plays the sardonic Penny, teased his character’s evolution for Season 3. Could we see Penny morph into a full-fledged member of The Order, complete with advanced magical skills? Regardless, I believe his story will heavily involve The Neitherlands. Remember, he still has his death sentence to contend with. McNamara even divulged of Penny’s new wardrobe, saying it was inspired by Cary Grant in North by Northwest. 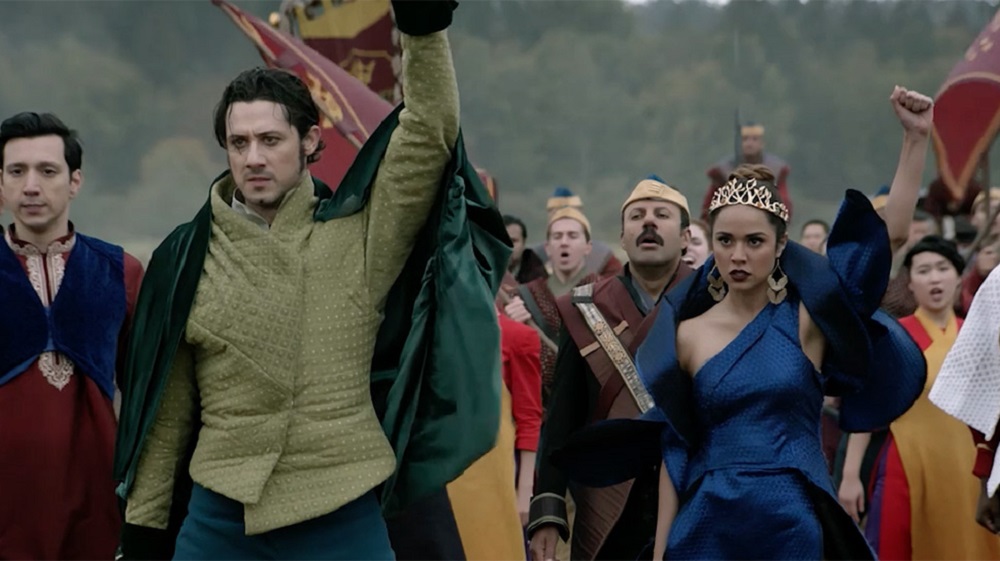 Now, how much did you love the Les Miserables musical number from last season? Well, our creators have confirmed that we can expect to see more displays of the cast’s musical prowess. More specifically, that of Appleman, who plays Eliot. Appleman commented on Episode 5 of Season 3, teasing “Eliot fans will be excited for that one.” Color me intrigued! Being a musical theater lover myself, I’m beyond ecstatic to see more multi-genre dabbling from The Magicians.

Next, Ralph told the crowd that Quentin Coldwater will be different from seasons past. He’ll be bolder and willing to take more risks in his efforts to save magic. Perhaps we’ll see a more heroic Quentin as well, one that mimics the Fillorian books he loves so dearly. Regardless, stagnant characters are boring characters. I’m thrilled to see Quentin evolve beyond the quiet, anxious Q we’ve always known. King Quentin has arrived!

Now, a panel with our favorite Magicians wouldn’t be complete without some revelry (no god necessary). The cast partook in a game of “Never Have I Ever.” We learned that yes, quite a few of them have nicked props from the set. We also learned that Appleman is not only the High King of Fillory, but also the High King of Quentin Impressions. He put his best Q impression on display, much to the delight of fans. A man of many talents, that one.

After the panel, SyFy hosted an “All Fans on Deck” party aboard The Muntjac, where fans could mingle with the cast and crew of The Magicians. There was music, dancing and drinking aplenty. Fans hopped aboard The Muntjac dressed to the nines in their best Fillorian and Brakebills cosplay. They even boasted a cocktail menu comprised of drinks such as “Fillory Fizz” and “The Spellcaster.” Oh, to be a fly on the wall at that party…

All in all, we can rest easy in the knowledge that Season 3 of The Magicians will be bigger and better than ever. “We like to say it’s a season where they’re very, very, very f**ked,” Gamble jokes. Gupta also commented that The Magicians has “really found its voice,” and Dudley joins him in dubbing this the best season yet. As if I couldn’t be more excited for the show’s triumphant return!

Finally, the panel aired a three minute clip summarizing the first two seasons of The Magicians. Said clip is perfect for a refresher course on all the gritty Fillorian details. It’s also clever and oozes sarcasm, which is the modus operandi of our favorite show. Check it out below!

The Magicians will return for Season 3 in January 2018 on your SyFy affiliate.