What We Learned at the Fall 2017 Nintendo Direct Conference

Nintendo began the Nintendo Direct conference highlighting updates and games that were headed to the Nintendo 3DS. Ever since the Nintendo Switch was announced, Nintendo stated that the Nintendo 3DS would remain their top portable gaming device. And it appears they’re truly sticking to their word.

Pokémon Ultra Sun and Pokémon Ultra Moon were the first titles spotlighted during the conference. In these new titles, the legendary light stealing Pokémon, Necrozma, has taken over the legendary Pokémon from the original Sun and Moon games. Now, Necrozma poses as Dusk Mane Necrozma (formerly Solgaleo), and Dawn Wings Necrozma (formerly Lunala). In addition, the game features new map areas, including a valley of Pikachu, new character looks, clothing items, Ultra Beasts, and more ! The story of how you encounter your starter Pokémon is different as well! Pokémon Ultra Sun and Pokémon Ultra Moon are available for pre-order, and will be released on November 17, 2017.

Everyone’s favorite friendship ending party game, Mario Party, is getting a special launch! The top 100 mini-games from the 10 different Mario Party games have been compiled into Mario Party: The Top 100! The game supports download play up to three individuals, and will be released on November 10, 2017. 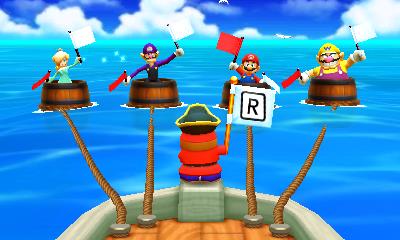 Additional titles that were announced include Kirby Battle Royale, coming to the 3DS January 19th, 2018 just in time for the Kirby 25th Anniversary. This combat game with our favorite pink blob features tons of ways to fight-including a single player story mode, and regional online battle modes! New updates for Yokai Watch 2 are on the way, and Minecraft itself is headed to the Nintendo 3DS today!

Get your sleuthing skills ready, Layton’s Mystery Journey: Katrielle and the Millionaires’ Conspiracy is the newest puzzle game headed to the 3DS on October 6, 2017. And finally, one of the most anticipated 3DS games, Metroid: Samus Returns, will be available on September 15, 2017. 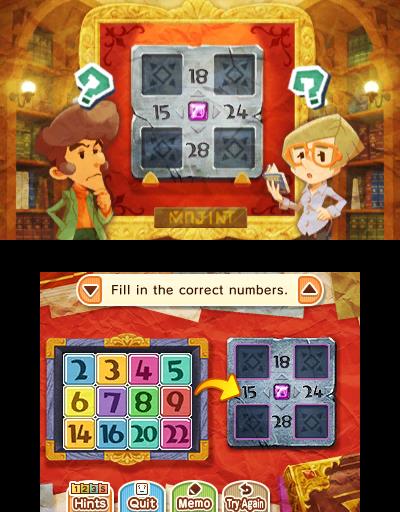 Of course, Nintendo saved the best for last with news about the latest games headed to the Nintendo Switch. One of the biggest communal hopes from the Nintendo Direct conference was for there to be an Animal Crossing announcement. Unfortunately, there was no announcement for everyone’s favorite community simulator. But, Nintendo did have a large lineup of information regarding current and upcoming Switch games!

Xenoblade Chronicles 2 takes place in the realm of Alrest. In this realm, giant lifeforms named Titans host the various lands players will travel and fight in on their backs. The Kingdom of Uraya, Empire of Mor Ardain, Imperial Providence of Gormott, Indoline Praetorium, Argentum Trade Guild, and Torna are all factions in Alrest that are trying to find the legendary blade. Subsequently, players will interact with these factions throughout the game, as allies or potential enemies.

Furthermore, Nintendo detailed the gameplay in Xenoblade Chronicles 2. In the game, there are two classes: Drivers and Blades. A Driver is a fighter that receives weapons and powers from Blades. And within Blades, there are three categories: Offensive, Defensive, and Healing Blades. By utilizing the optimal Blade against specific enemies, the player will be able to succeed in battle. The game looks challenging as it is promising. I’ve boarded the hype train for it as well. Xenoblade Chronicles 2 will be released for the Nintendo Switch on December 1, 2017. Moreover, a special edition version of the game will be released on the same day, as well as a unique Xenoblade Chronicles 2 Nintendo Switch Pro Controller. 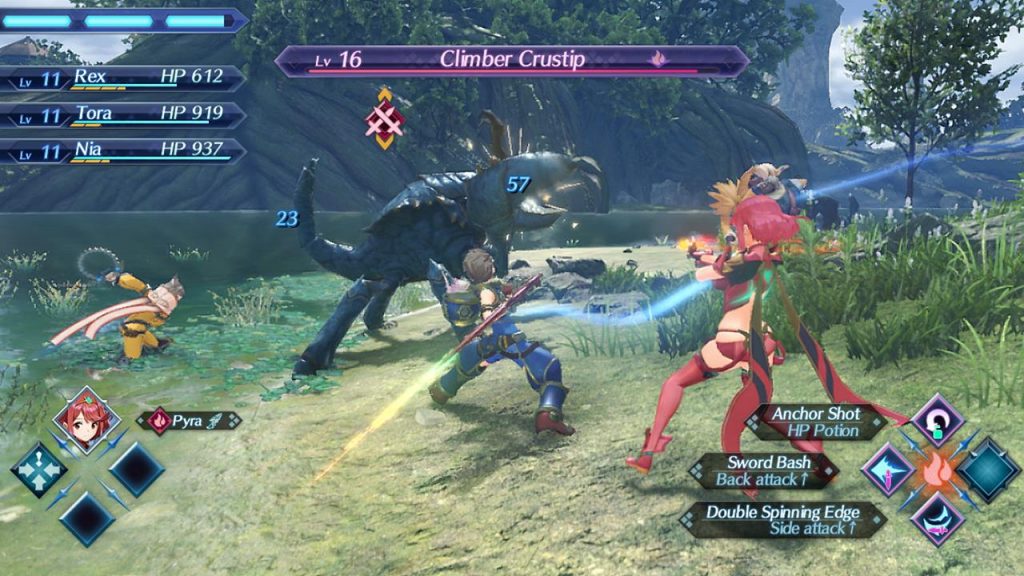 Splatoon 2 will be receiving a variety of updates over the next few weeks! New locations in the game include the ever popular Kelp Dome from the original Splatoon, and Snapper Canal. Additionally, there is a new Brella weapon, the Tenta Brella, that can defensively cover a huge amount of ground. Nintendo teased that even MORE weapons and locations were under development. Looks like we’ve still got a lot to look forward to with Splatoon 2!

Also, Snipper Clips is gaining new content as well! The new expansion version will include 30+ new stages, including a comic book inspired world, and shapes that create even more challenges for expert level players. Snipper Clips Plus: Cut it Out Together, is set to be released on November 10th, and will be available as DLC for owners of the original game.

The next update for ARMS is on the way, and contains a new stage, three new ARMS, and a brand new character- Lola Pop! There is a technical addition to this update as well. Players can now assign abilities to the Joycon and Pro Controller buttons of their choosing. 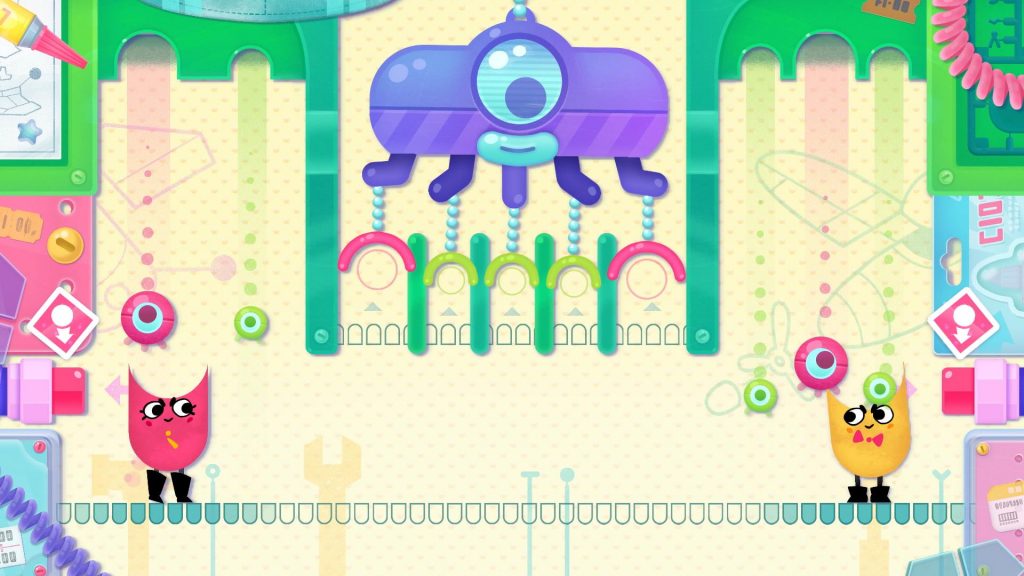 As announced earlier this year, Elder Scrolls V: Skyrim is headed to the Nintendo Switch this November. This release of Skyrim utilizes the Switch’s Joycons and motion controls, so you can hack and slash at Draugr on the go. You’ll also be able to find Legend of Zelda: Breath of the Wild loot in the game. This loot includes the Champion’s Tunic, Hylian Shield, and Master Sword. Or you can obtain these items by utilizing a compatible Legend of Zelda Amiibo. The game is set to be released on November 17, 2017.

Likewise, two other Bethesda titles are receiving Nintendo Switch releases as well! The critically acclaimed DOOM will be available on the Switch this Holiday season. The highly awaited Wolfenstein II: The New Colossus will be released for the Nintendo Switch in 2018. 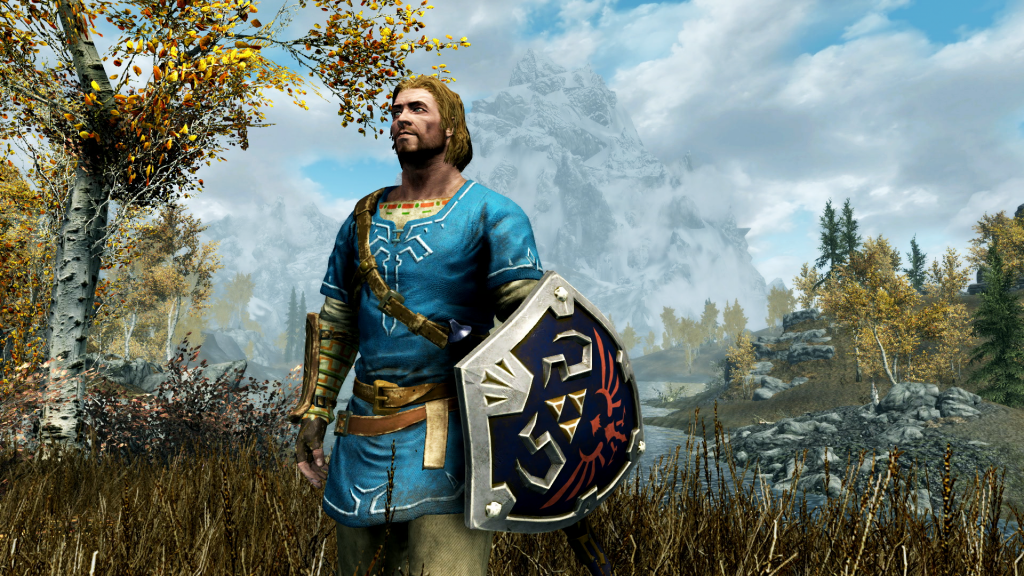 Project Octopath Traveler (working title) is a brand new Nintendo Switch Exclusive produced by Square Einx. From the minds behind some of the greatest RPGs comes this brand new RPG in look and gameplay. Visually, the game utilizes CG and pixel art, in a new style the developers have coined as “HD-2D”.

There are 8 characters to choose from, each with their own origin, goals, abilities, and stories. Each character has their own unique action, that allow them multiple ways to progress through the game. For instance, The Warrior can challenge anyone to a duel, while The Dancer can allure others. The game relies heavily on the decisions of the player. With eight different characters, lands, and paths, there’s no limit to the amount of storytelling you can experience.

Finally, Project Octopath Traveler features a combination of traditional turn based RPG gameplay, and brand new mechanics. One mechanic in particular is the Boost System. During each turn of battle, you accumulate Boost Points. You can spend these points to increase the strength of your attack, trigger a chain attack, heal other party members, and much more. There is a demo for Project Octopath Traveler available in the Nintendo eSHop if you want to give this game a shot! The game is set to be released sometime in 2018.

We recieved even more information about the latest Mario adventure, Super Mario Odyssey. Super Mario Odyssey remained the focus of Nintendo at E32017, Games Con 2017, and now, their latest Nintendo Direct conference. Mario will team up with Cappy, from the Cap Kingdom to rescue Princess Peach and Cappy’s sister, Tiara, from a wicked wedding.

Super Mario Odyssey will take players all over the globe to a variety of locations and kingdoms. These include, the Luncheon Kingdom, Wooden Kingdom, Cascade Kingdom, Cap Kingdom, Desert Kingdom, Metro Kingdom, and just announced during the Nintendo Direct conference, the Snow Kingdom! The way players will travel to these various kingdoms will be aboard the Odyssey. The Odyssey is Mario and Cappy’s hat shaped ship that is powered by Power Moons. There are a ton of Power Moons located throughout the game. They can be obtained by solving puzzles, defeating enemies, or in the nooks and crannies of the myriad of kingdoms! The game presents a variety of gameplay. There will be classic Mario side-scrolling elements, and actions that have never been seen before in a Mario game!

Lastly, across all the kingdoms, players will find an in-game shop chain known as Crazy Cap. At a Crazy Cap, various outfits for Mario can be purchased, as well as stickers to decorate the Odyssey.  Super Mario Odyssey wedding Amiibos and Super Mario Odyssey will both be released on October 27, 2017. Nintendo will also offer a special hardware bundle with the release, including Mario themed Joycons, a Mario-themed Nintendo Switch carrying case, and a full digital copy of the game. 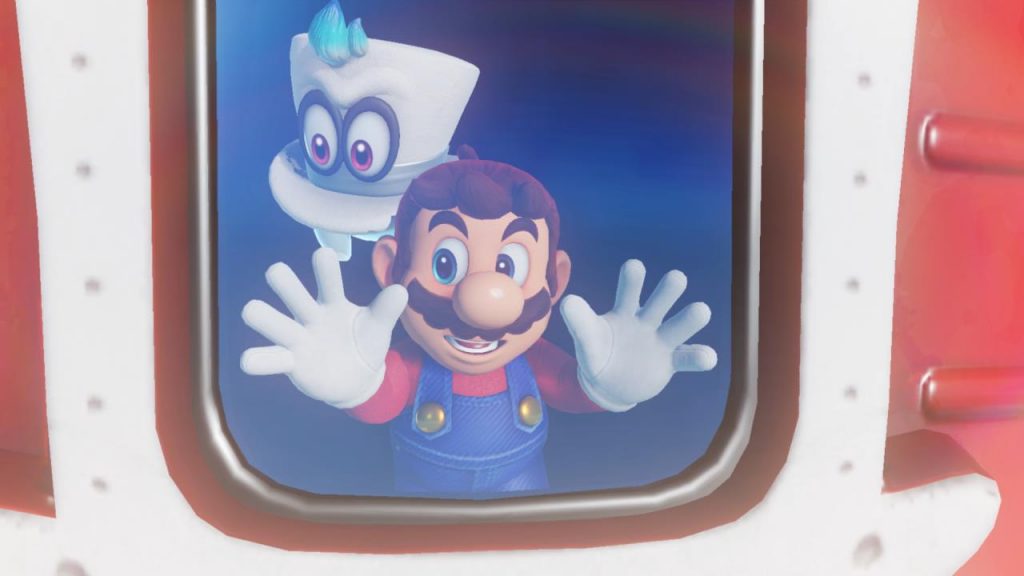 Fire Emblem Warriors is headed to the Nintendo Switch and Nintendo 3DS on September 28, 2017. Team up with heroes from Fire Emblems past as they unite in a series of epic Dynasty Warriors style battles to save the country of Aytolis. At the Nintendo Direct conference, a new character was announced! Lyn, from Fire Emblem on the Game Boy Advance, is joining the fight! Likewise, two unique Fire Emblem Amiibos will be available for purchase on the day of the game’s release.

Also, break out your quarters! There are a series of classic Nintendo Arcade titles headed to the Nintendo Switch! Arcade Archives will be a series of classic Nintendo Arcade games remastered for the console.  Mario Bros, Balloon Fight, Ice Climber, Pinball, and more will make their way into this collection. These competitive arcade titles are the perfect challenge for old and new gamers alike.  Arcade Archives Mario Bros is set to come out September 27, 2017. 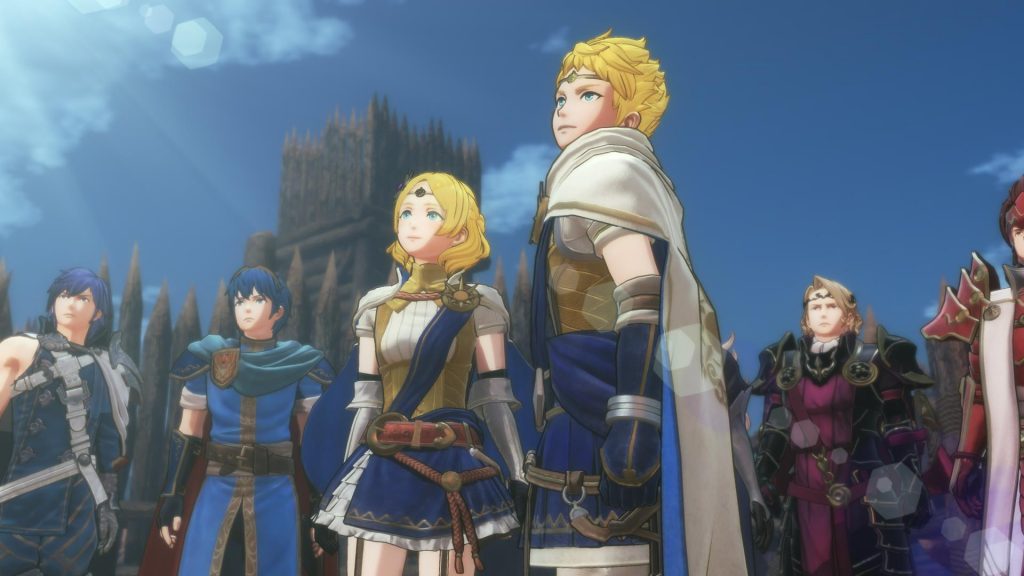 Overall, the Fall Nintendo Direct conference highlighted the success of the Nintendo 3DS and Nintendo Switch. With so many games and updates heading to both systems, Nintendo will most likely have a strong holiday season in game and console sales. I’m excited to see what the future holds for the Nintendo Switch. Hopefully in 2018, we will get the Animal Crossing game we’re all hoping for.  And who knows what other third party titles the new year will bring? Perhaps Fallout 4 or Bioshock will get ported onto the Switch. Only time will tell!

Celebrate Thorsday with a new teaser showing off the team-up of the century for #ThorLoveAndThunder!

In this edition of Millennial Misremembers, we look back at Boy Meets World. Nearly 30 years later, does he live in the same world? Read on to find out!

Our crew leads a Union delegation to sign a peace treaty with the Krill on the latest episode of The Orville: New Horizons. Check out our recap!