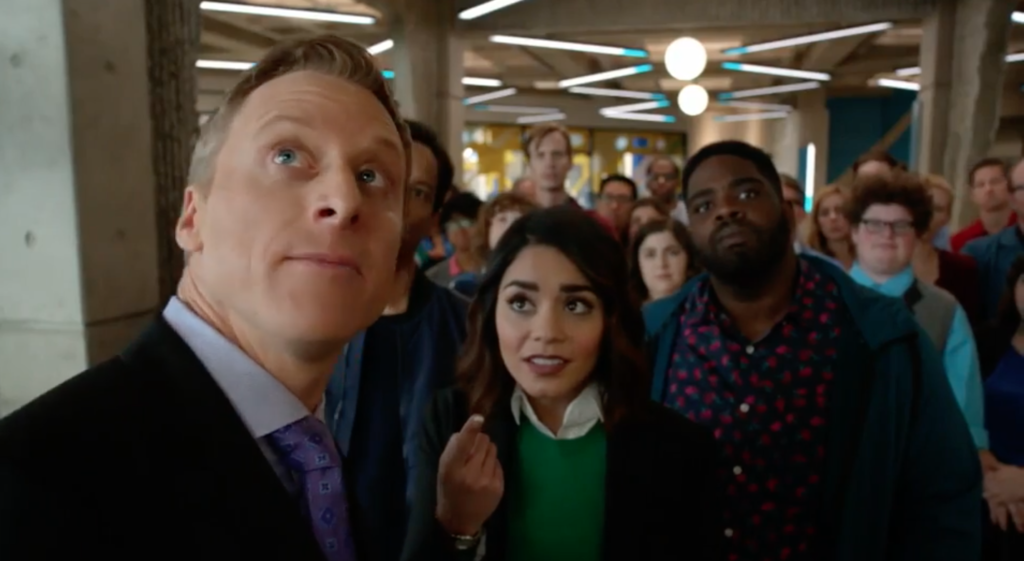 On February 2nd, NBC will premiere their all-new DC Comics series, Powerless, featuring the story of non-powered people just trying to survive in a city filled with superhero battles. You know, like when Superman and Batman fight each other, everyday people have to survive. That’s where the team in Powerless comes in. They all work at a subsidiary for Wayne Enterprises that specializes in creating suits and hardware to help keep you safe from superhero fights. 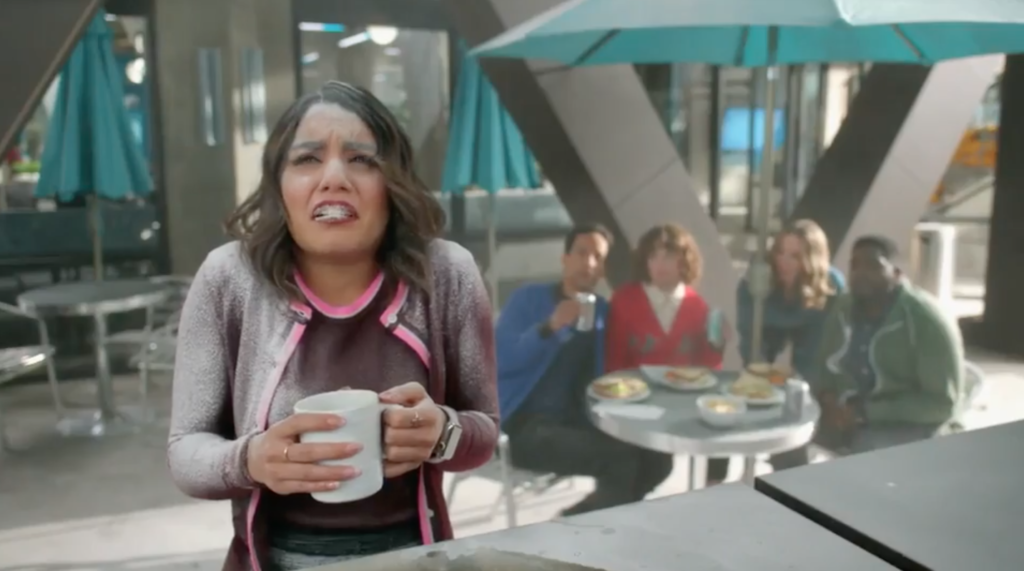 As we see in the trailer, some of these include a suit that inflates to protect you from impacts, an iron umbrella that keeps you safe from falling rubble and Kryptonite glass to keep you safe from… Superman, apparently. All of these designs have their own flaws, but the team keeps trying. 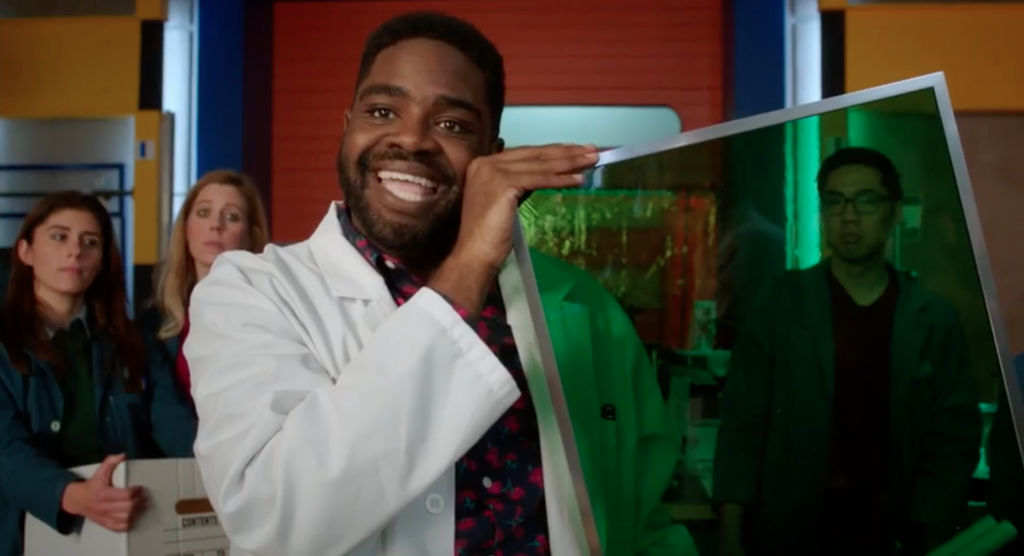 In the trailer, we also get plenty of name drops and references to the DC Comics. For instance, we see a technician assembling a toy version of Wonder Woman’s Invisible Jet where, of course, all of the pieces are already invisible. There’s also the fact that the head of the company is Bruce Wayne’s cousin, so we’re sure to get some great Batman jokes in here. Then, we also get the Crimson Fox fighting an as-yet unknown villain. Perhaps best of all, we see Starro attacking a building, only to later be blown up. 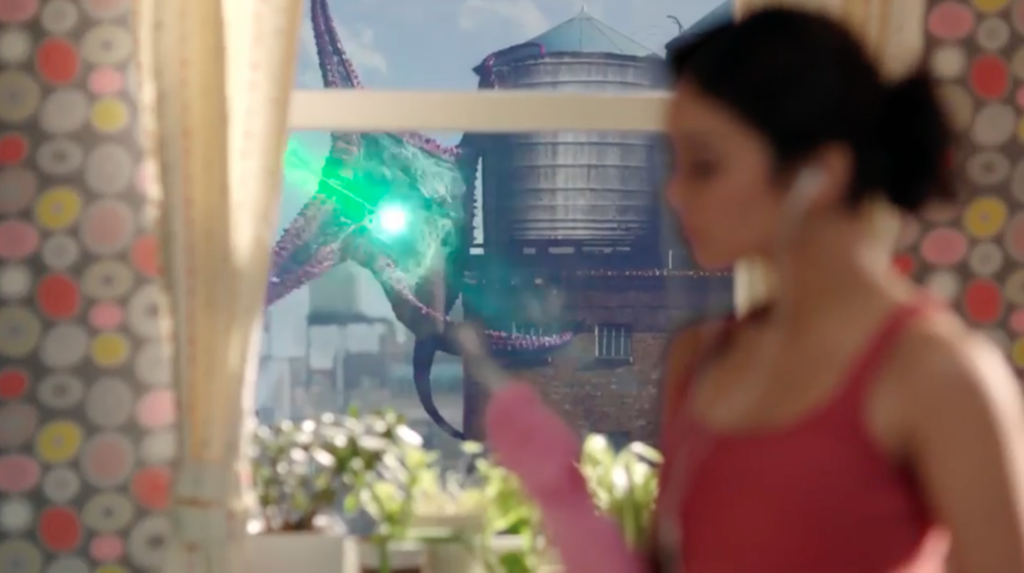 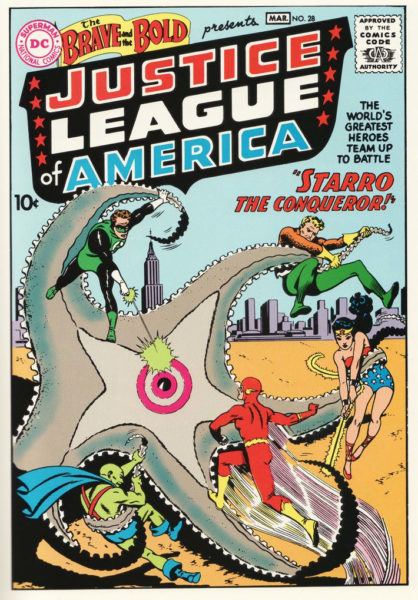 Any sitcom that throws in a casual reference to Starro can’t be all bad, right?