We’re just two weeks away from San Diego Comic Con and already we’re starting to get more rumors regarding one of Marvel Studio’s most anticipated films — Captain Marvel. The film will see Brie Larson taking on the role of Carol Danvers who, after an accident with an alien device called the Psyche-Magnitron, has her DNA fused with that of an alien soldier and becomes the superhero known originally as Ms. Marvel and then later Captain Marvel. At least, that’s how it all happened in the comics — it’s entirely possible that the film will give a completely different origin story for the character.

At SDCC we learned that Captain Marvel will be set in the early 90’s, that Carol Danvers will be fighting off a Skrull invasion and that this will all take place with the backdrop of the Kree-Skrull War, a galaxies-spanning, millennia old war between two of the more ancient races in the universe — the Kree of Hala and the Skrulls of Skrullos. 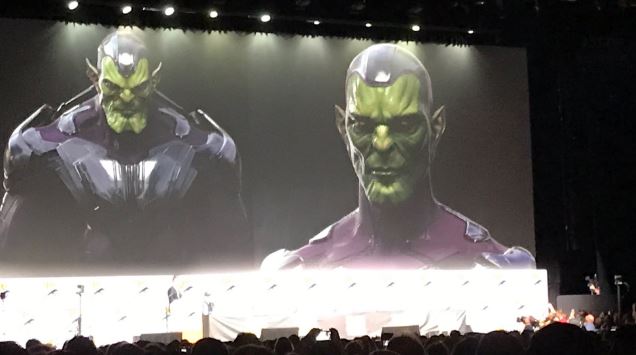 However, new rumors started at website MCU Exchange are claiming that both the original Captain Marvel, the Kree war hero known as Mar-Vell, and the alien device of the Psyche-Magnitron will both be present in Carol Danver’s origin story! 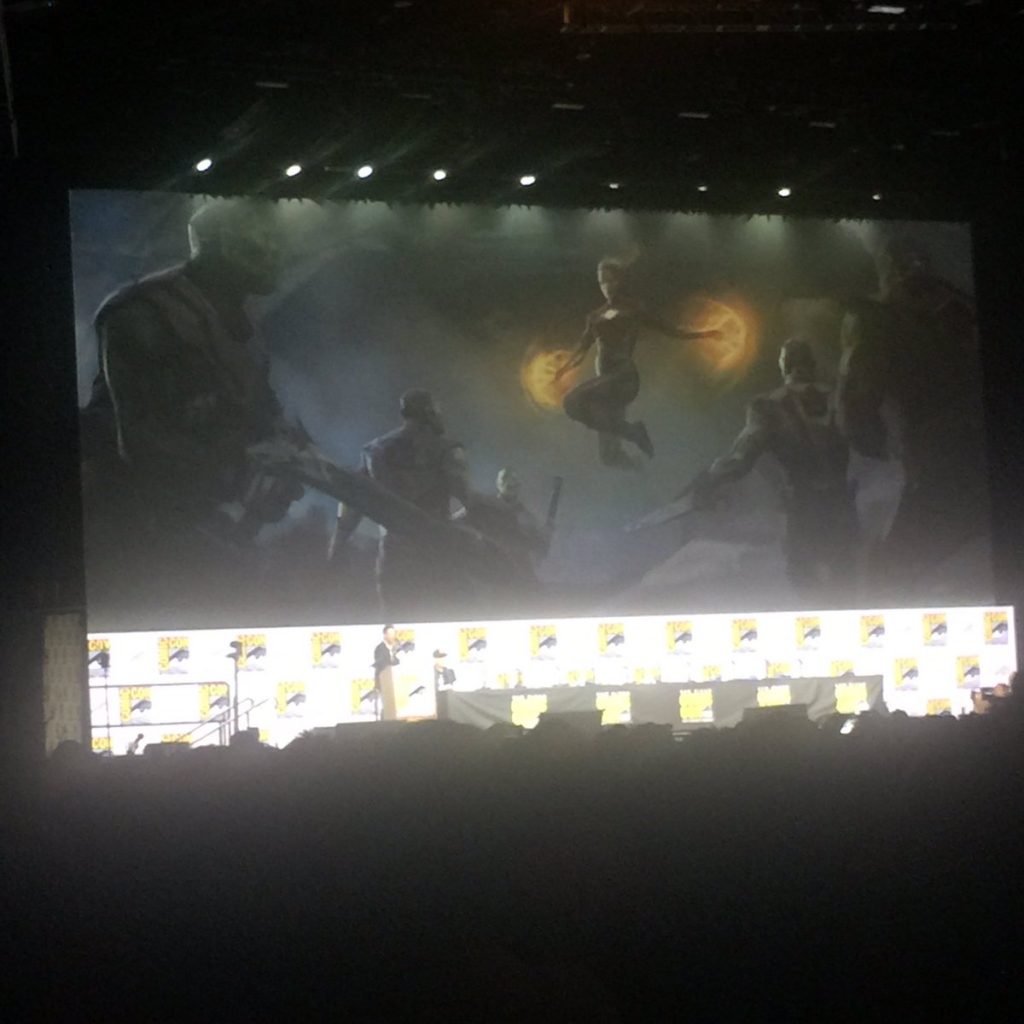 RELATED: The Kree-Skrull War and How it Might Figure in Captain Marvel

This is all just in the realm of rumor, but it’s a fun rumor to ruminate on.

The site claims to have a few sources inside the studio and, by all accounts, seem to have read the script for themselves — at least a recent version of it. With this in mind, as they say on their site, “Long time members of the Carol Corps are going to love the way the story pays homage to her long history.” They go on to say that the Kree will have “a large presence in the film” and that Mar-Vell will 100% be included in her story. He’s an interesting figure in the Kree history because he is a rare pink Kree, where most of their race is typically blue. However, despite their prejudice against pink Kree, which ultimately results in them looking exactly like humans, Mar-Vell grew through the ranks to become a decorated and highly-respected Kree soldier in their fight against the war-mongering Skrulls. 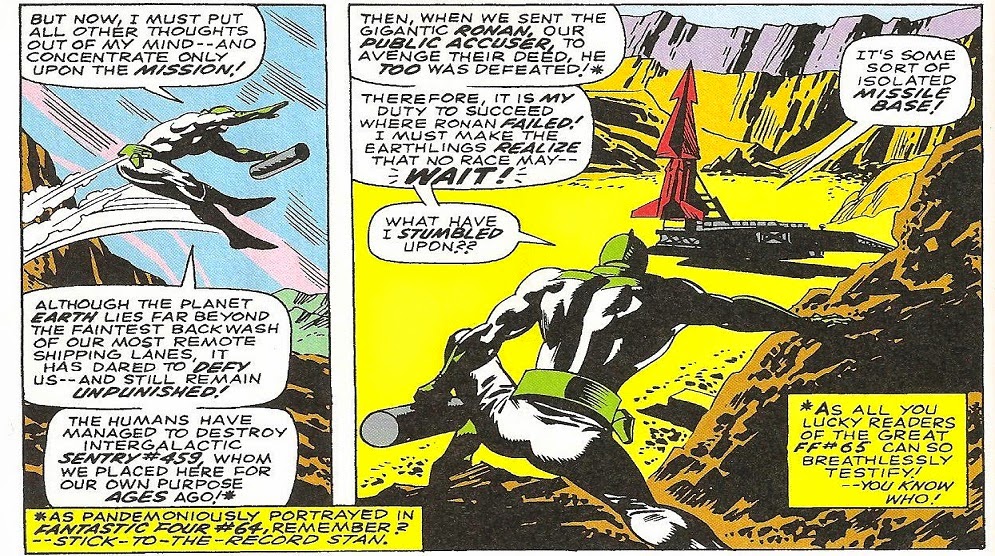 It’s this fight that brings him to Earth along with his commander, Yon-Rogg, and a battalion of Kree soldiers. In fact, MCU Exchange says, “Mar-Vell might have been on Earth in the past to observe and report on the activities of humans especially given that film’s plot is expected to be driven by the longstanding Kree-Skrull war.” Mar-Vell plays a very important role in Carol Danver’s origin story as it’s him that brings her into the Kree-Skrull War, teaches her about the conflict and ultimately, though accidental, it’s from him that she gets her powers. 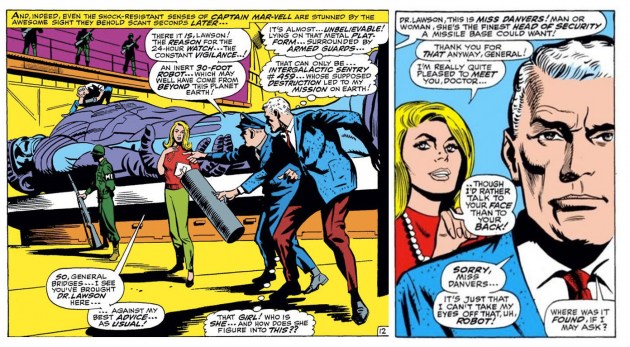 They continue that their source has admitted they are uncertain as to if we’ll see Mar-Vell in his secret Earth identity of Dr. Lawson, though we believe that’s pretty assured at this point; after all, he’s undercover on Earth for observation and, most likely, Skrull extermination, so why not have him in his comic book secret identity — right?

The site also says we can expect to see some version of the Psyche-Magnitron experiment and that it’s from this that Carol Danvers will get her powers. In fact, it’s these powers that keep her from aging as fast as humans which explains why she apparently hasn’t aged since her disappearance from Earth in the early 90’s. 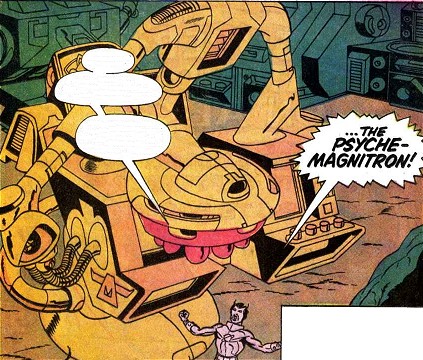 We can see two possibilities with this, should this rumor pan out to be true.

In the original Captain Marvel stories, Mar-Vell was imprisoned in the Negative Zone and a character named Rick Jones was lead by the Kree Supreme Intelligence to some Nega-Bands that helped free him. Rick Jones is, essentially, a professional side kick in the Marvel universe, having worked with The Incredible Hulk, Captain America, and is in fact partially responsible for forming The Avengers.

Using the Nega-Bands, he and Captain Marvel share a psychic rapport and are able to trade places in the Negative Zone. With this in mind, it’s entirely possible that Carol Danvers, through some mishap, ends up stuck in the MCU version of the Negative Zone — The Quantum Realm — and that’s where she’s been for the last 20 years.

The other possibility is that she willing chooses to venture into the Quantum Realm, using her newfound superpowers, to take the fight to the Skrulls there or some other bigger threat to Earth and it’s there that she’s been fighting this entire time.

Now, we would like to take the time to point out something that is increasingly conspicuous —

Ant-Man has ventured into the Quantum Realm and Doctor Strange can travel to it, so we have two heroes already capable of going to and fro. The Wasp, now played by Michelle Pfeiffer, is supposedly stuck there and capable of liberation and, after Avengers: Infinity War, we have two films that will deal with the Quantum Realm in some yet-unknown capacity, Ant-Man and the Wasp and Captain Marvel.

It’s unclear what exactly Marvel is building to with their Quantum Realm, but it seems like it will play a very major role in the events following Infinity War, maybe even being the focus of the fourth Avengers film, which is so far untitled.

However, that’s all far enough in the future that it’s very staunchly in the realm of speculation. Until then, it is for us to simply long for that knowledge and anticipate the films. For now, let’s all get excited for Mar-Vell, the Psyche-Magnitron and Captain Marvel!