New Quote about Hulk in THOR: RAGNAROK Makes Him a Planetary Super Star

A green-skinned rage monster capable of tearing down cities with no one to stop him. In every film we’ve seen of the character thus far, he’s been more a brute strength force of nature, with Bruce Banner bringing the actual humanity to the heroic monster. However, it seems that this will change in the upcoming film, Thor: Ragnarok, which will see Hulk and Thor forced to fight each other in gladiatorial combat on the far off planet of Sakaar. In the film, Thor has spent the better part of two years chasing down leads on who the “puppet master” is that was pulling Loki’s strings in the 2012 Avengers and is collecting Infinity Stones.

And, of course, we all know the “puppet master” to be Thanos, but no one else knows that just yet. 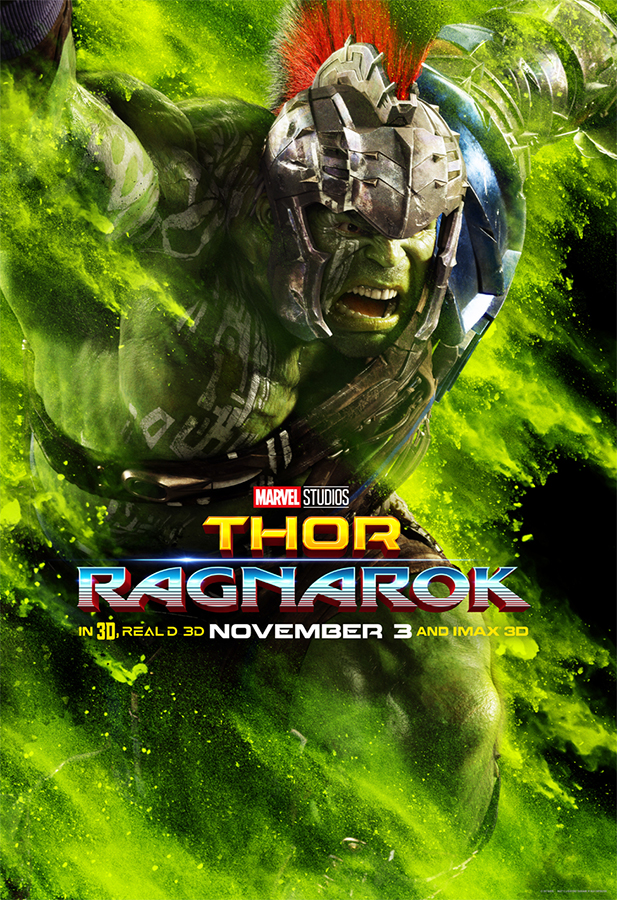 But Hulk, from what we know, has been on the planet Sakaar, fighting in their games, for some time now. The more we hear about the film, the more it seems that Hulk has not reverted to his human form, Bruce Banner for some time. Our best guess here is that Banner doesn’t want to come back; after all, he’d be a weak, measly pink human on a planet of alien warriors were he to do so. It’s in his best interests to stay in his Hulk form.

In fact, thanks to Total Film (via Screen Rant), we now know he’s not only surfing as Hulk, but thriving. As actor Mark Ruffalo told the magazine, “Hulk has loved his time on Sakaar, and why wouldn’t he? He is adored and admired. He has a hot tub in his apartment.”

He’s an all-star athlete on a planet that worships their athletes. It’s easy to see where there is no motivation in either side for Banner to ever emerge again. So it’s now a question of how does he emerge and why. Our guess is either that Thor beats him in battle and he reverts back or Hulk is about to kill Thor and Banner finally re-emerges to stop the beast from killing a friend.

Actually, that last one is our guess.