New Poster for LOGAN Shows the Grittiest Wolverine Yet

It seems that every day we get some new bit of news for Logan which is just around the corner from being released by Fox Studios on March 3rd. Thankfully, today is no different as we’ve got a new poster out for the film and it might be our grittiest look yet at Old Man Logan.

In it, we see a world-weary Logan, as played by Hugh Jackman, staring down whatever threat’s in front of him. You can see a sort of reserved rage in him, as if he’s charging himself up to lash out at his enemies but he really doesn’t want to. Here we see a Wolverine who’s tired of fighting, but even so, he can’t stop. Something in him is pushing his weary mind and old body to keep doing the only thing he’s ever known — pop his claws and kill some more.

And all we have in this poster is a close-up of Logan’s face and a couple popped claws. This is a testament to how great of an actor Hugh Jackman is and how well he knows and embodies this character. This poster, without saying a word, is saying “One Last Time.” 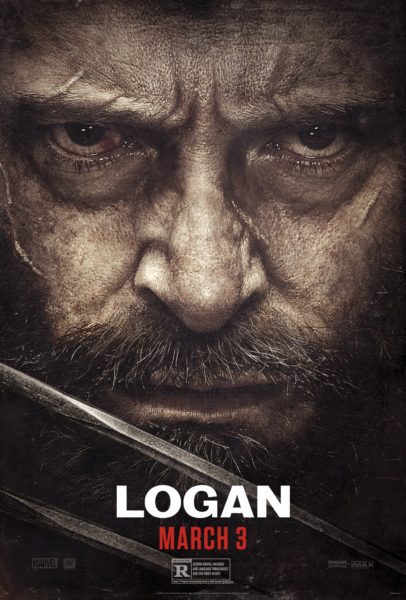