It appears that Empire Magazine (via Comicbook.com) was not quite done giving us X-Men: Apocalypse themed gifts! We’ve got three new pictures out giving us some new perspectives and thoughts on the Fox film which comes out May 27th.

First up, we’ve got this new look at Ben Hardy as Angel, who later becomes Archangel in the film when he teams up with Apocalypse (Oscar Isaac) as one of his Four Horsemen. We’ve seen him as the sleek Archangel in plenty of footage and pictures, but here we see him as his original self — a mid-80’s punk rocker who seems to love the Sex Pistols and Billy Idol. This appears to be the cage fight that we’ve seen from the trailers where he’s fighting Nightcrawler. 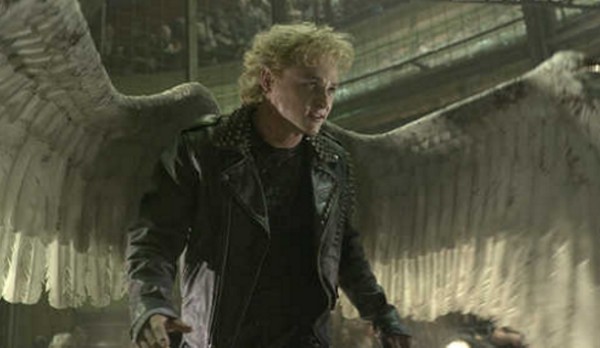 Speaking of Nightcrawler, we’ve also got this picture of the blue elfin mutant who can transport through space talking with the telepathic/telekinetic Jean Grey, played by Kodi Smit-McPhee and Sophie Turner respectively. In this picture it looks like the two mutants are in the pitch of battle and that Nightcrawler is afraid or unsure of himself. Either that, or they are making battle plans. Or something completely different — we haven’t seen the movie so what do we know. 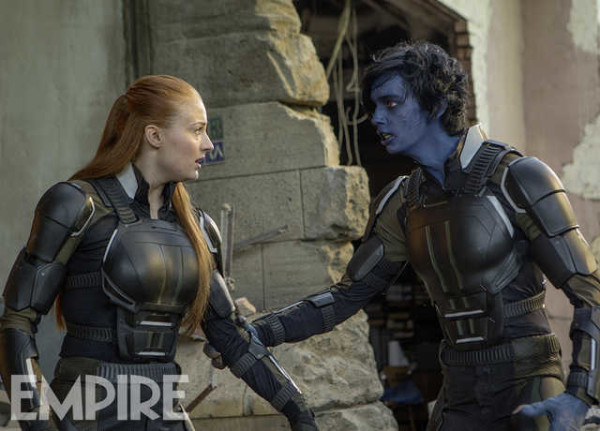 Finally, the big one, the one that will have everyone excited, the big team picture that shows us Jean Grey, Nightcrawler, Cyclops (Tye Sheridan), Professor X (James McAvoy), Beast (Nicholas Hoult), Quicksilver (Evan Peters) and Mystique (Jennifer Lawrence) standing with the director Bryan Singer. 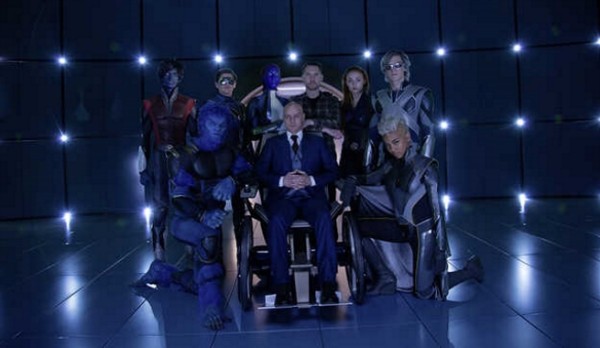 However, there’s another mutant standing with them that’s a bit of a surprise — Storm (Alexandra Shipp). Why is she a surprise? Because in all the trailers we’ve seen, she’s one of the Four Horsemen fighting against the X-Men, so it seems that this is the line-up at the end of the film, which tells us just as much by omission that perhaps Archangel, Magneto (Michael Fassbender) and Psylocke (Olivia Munn) don’t make it out of the fight or continue on in their world-ending ways.

The best part of this picture and what has everyone talking is the brightness of their costumes. Though they are not the yellow and blue outfits we know and love from the comics, they are certainly a step in the right direction to getting us there eventually. And, seeing Nightcrawler in a red costume that resembles his very first appearance is something that will make any die-hard X-Men fan sing. Also, if you look closely, you can see that Cyclops has that cool little shoulder buckle that Jim Lee gave him in the early 90’s.