Home » Movies » Do New Pics for THOR: RAGNAROK Give Clues about Executioner or Heimdall Importance?

Do New Pics for THOR: RAGNAROK Give Clues about Executioner or Heimdall Importance?

It’s October 31st, all the kids are dressed up for Halloween and, in just one more week, it’ll be time to go have our minds blown by what promises to be one of Marvel’s strangest films yet — Thor: Ragnarok. And when we say strangest, we mean it. 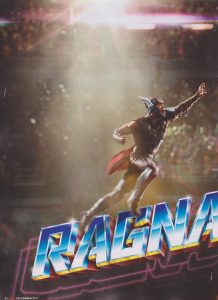 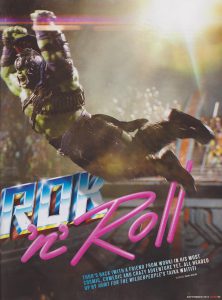 The first Thor film was enough to establish the character and had some bits of comedy in it, such as Thor throwing a coffee mug to the ground and demanding another, but was an otherwise cookie cutter film. The second film, Thor: Dark World, held in contrast to the rest of the Marvel Cinematic Universe, was a relatively boring film. Sure, we got to see Loki and Thor fighting together and we got a fun third act device in seeing all the random portals to other worlds opening up and separating Thor from Mjolnir, but even with that, the only real moments of consequence came at the end when Loki rid himself of Odin — and we didn’t even see how that happened take place on screen, we were left to imagine it.

However, Thor: Ragnarok seems primed to completely redefine the Thor films for the modern, post-Guardians of the Galaxy MCU. That is, a full-on wacked-out zany adventure that unapologetically assumes the audience is along for the hyperreal, fluorescent technicolor thrill ride. In their second cover page run, Empire Magazine has offered us a new look at Marvel’s November release, giving us new looks at our titular hero and The Incredible Hulk lunging at each other in battle, Tessa Thompson in her role as Valkyrie and Jeff Goldblum in his role as The Grandmaster — the cosmic elder responsible for pitting Thor and Hulk at each other’s throats. 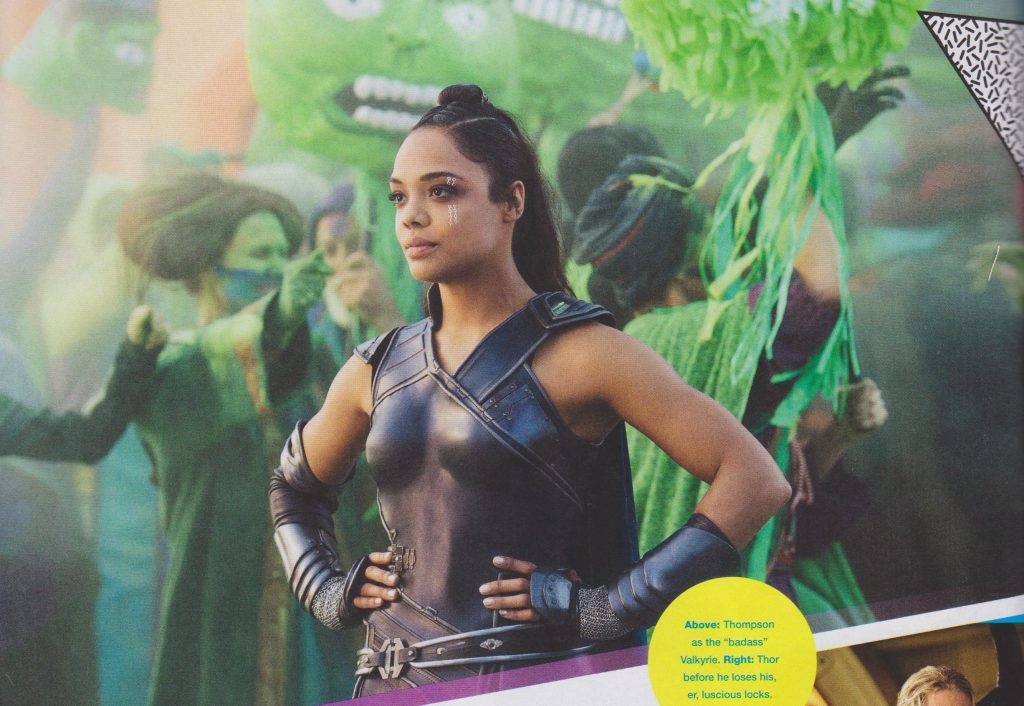 Perhaps the two more interesting pictures in this set are that of Idris Elba as Heimdall and Karl Urban as Skurge the Executioner. Why do we say these are interesting? 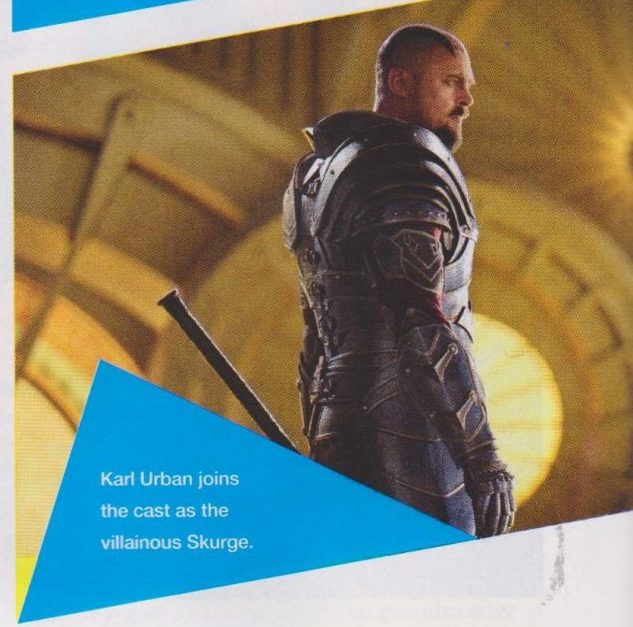 With the Executioner, it’s interesting because while he’s a main character in the story, he’s not the primary villain — he’s the right arm of Hela, the Asgardian god of the dead. In this picture, we see him by himself, which is interesting to us because it implies that there will be screen time of him without his master. What we like about this is the possible implication, to our ears at least, that Skurge may possibly turn on Hela and fight for Asgard, something that happened in the Walt Simonson Ragnarok comics and, ultimately, was one of the most badass moments in that story and for that character. Obviously, Executioner in a shot all by himself does not unequivocally equal that, but it’s enough to make us consider that moment. 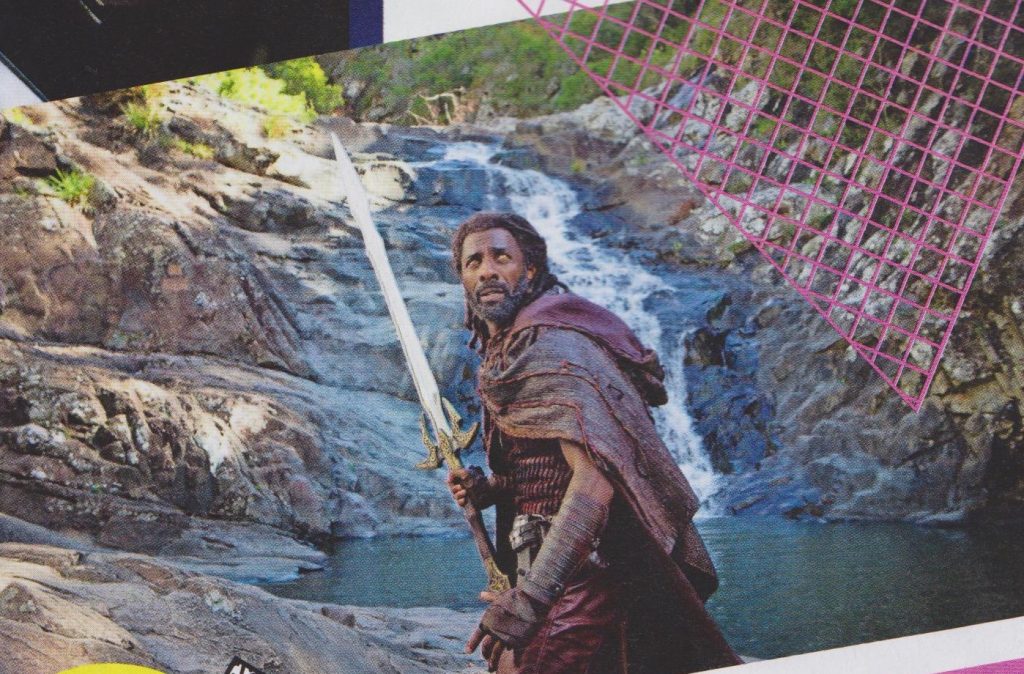 With Heimdall, he’s never really been a main character, rather simply a supporting one in the other two films. We’ve only ever seen him one more time and that was in a vision Thor had during Avengers: Age of Ultron, where he accused the god of thunder for the destruction of Asgard. Now, between the first teaser, the first full trailer and this article, we’ve seen Heimdall highlighted quite a bit and that makes us wonder if he’ll play a much larger role in the events unfolding in the film. In fact, if the Thanos theory is correct, where each letter in his name equals an item wherein an Infinity Stone is found, than Heimdall very well may possess the Soul Stone, the last remaining Infinity Stone the MCU is yet to uncover.

That theory, by the way, states:

You can see the rest of the images running in the Empire Magazine article below. 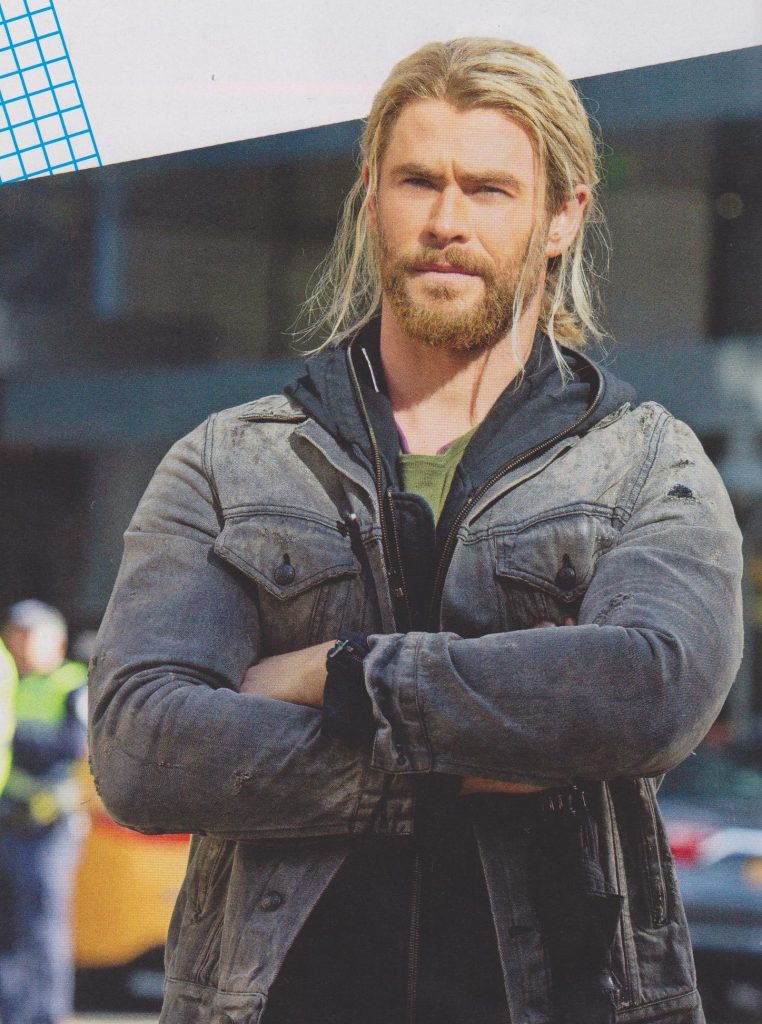 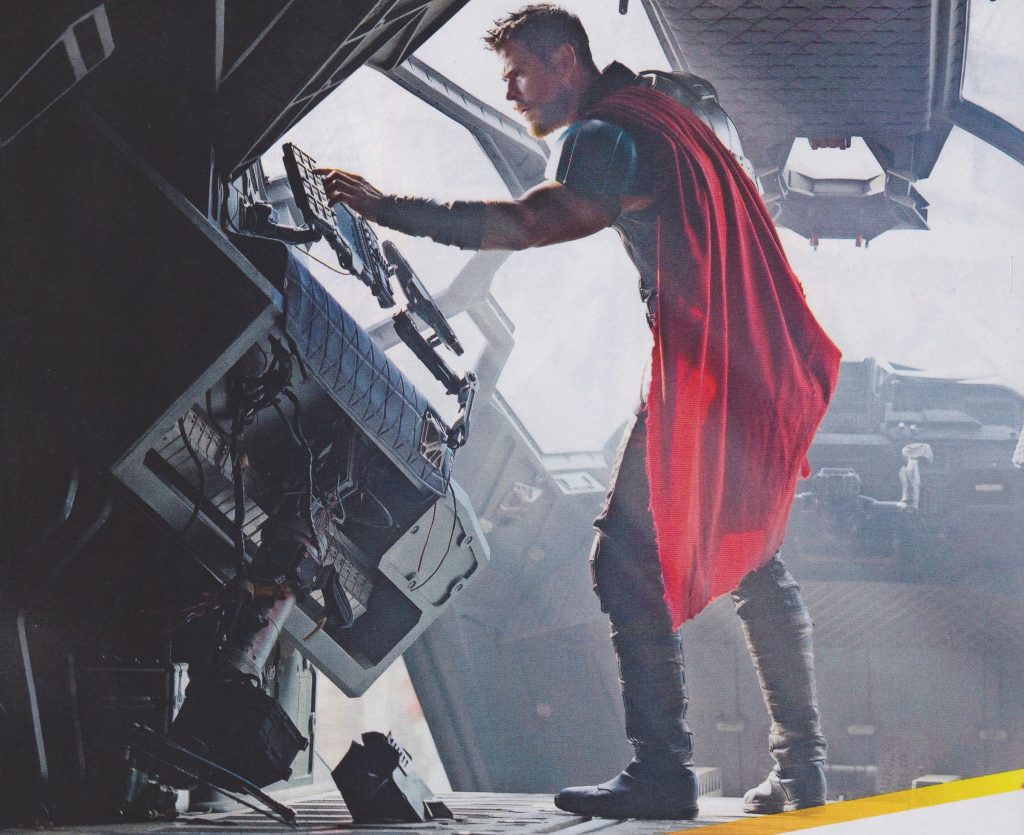 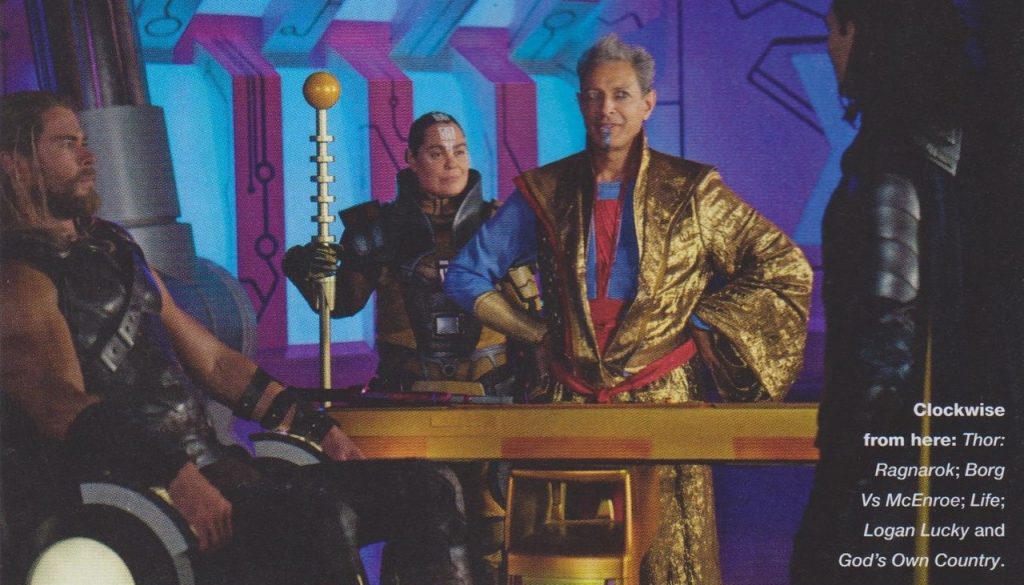 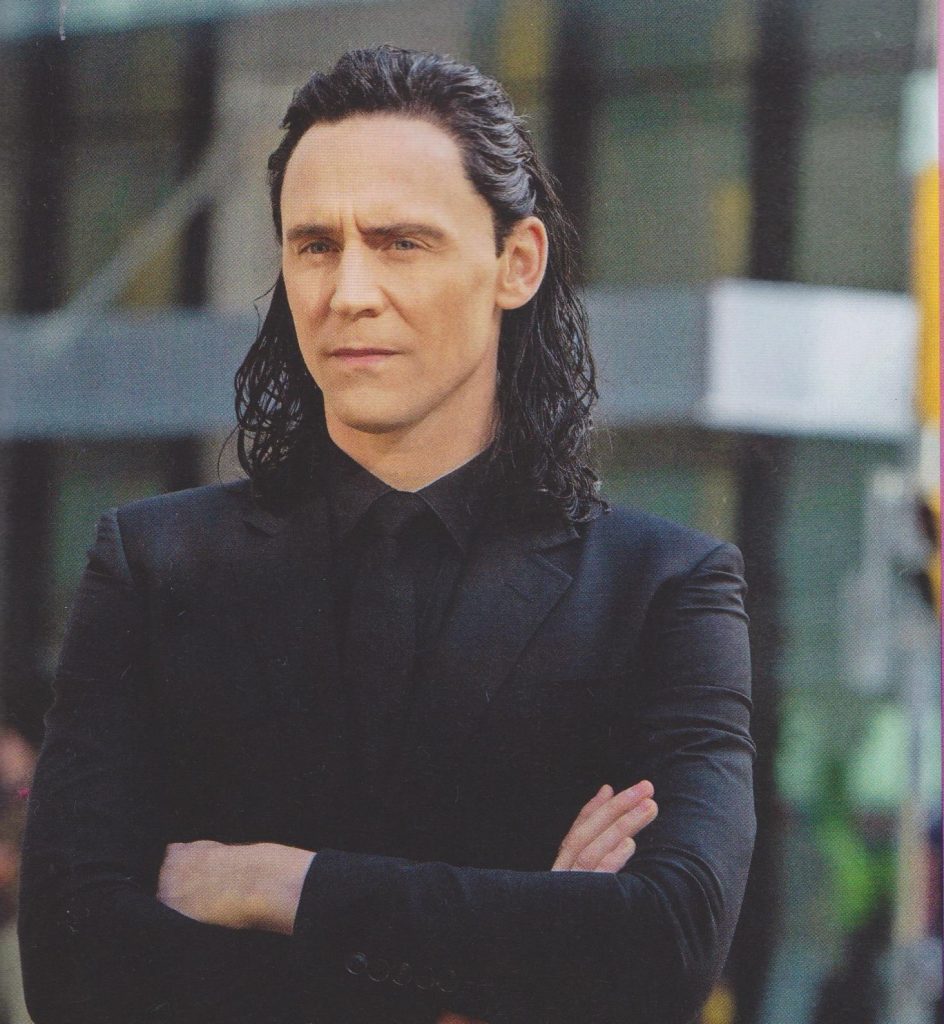 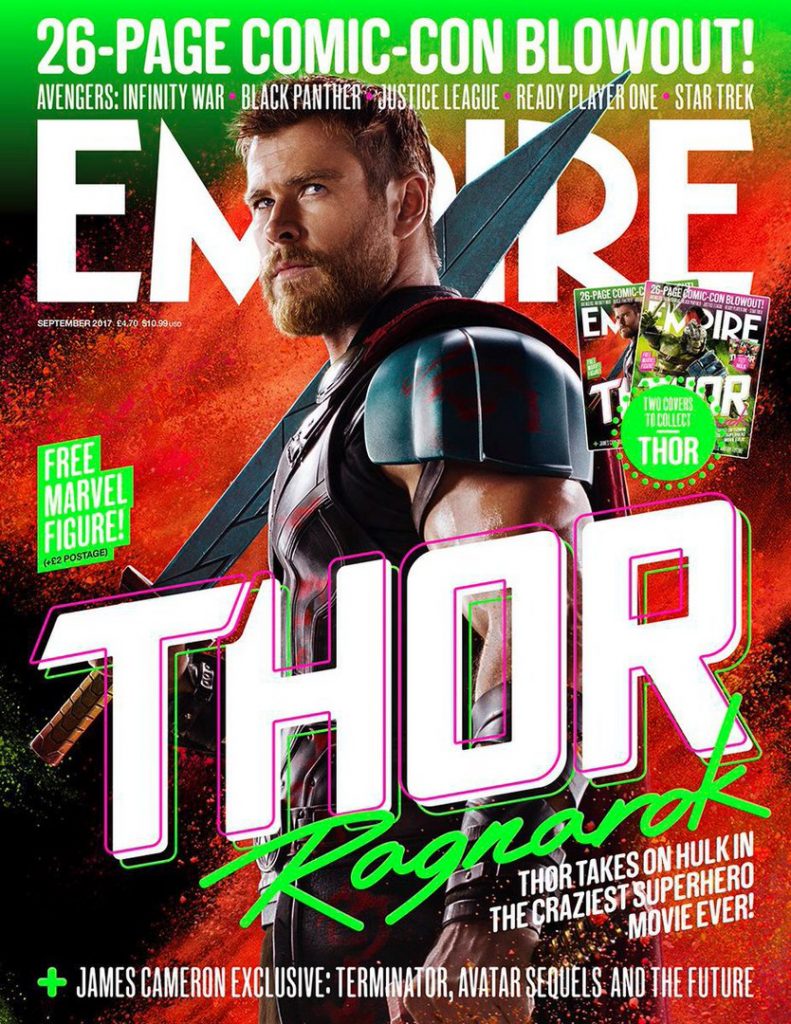 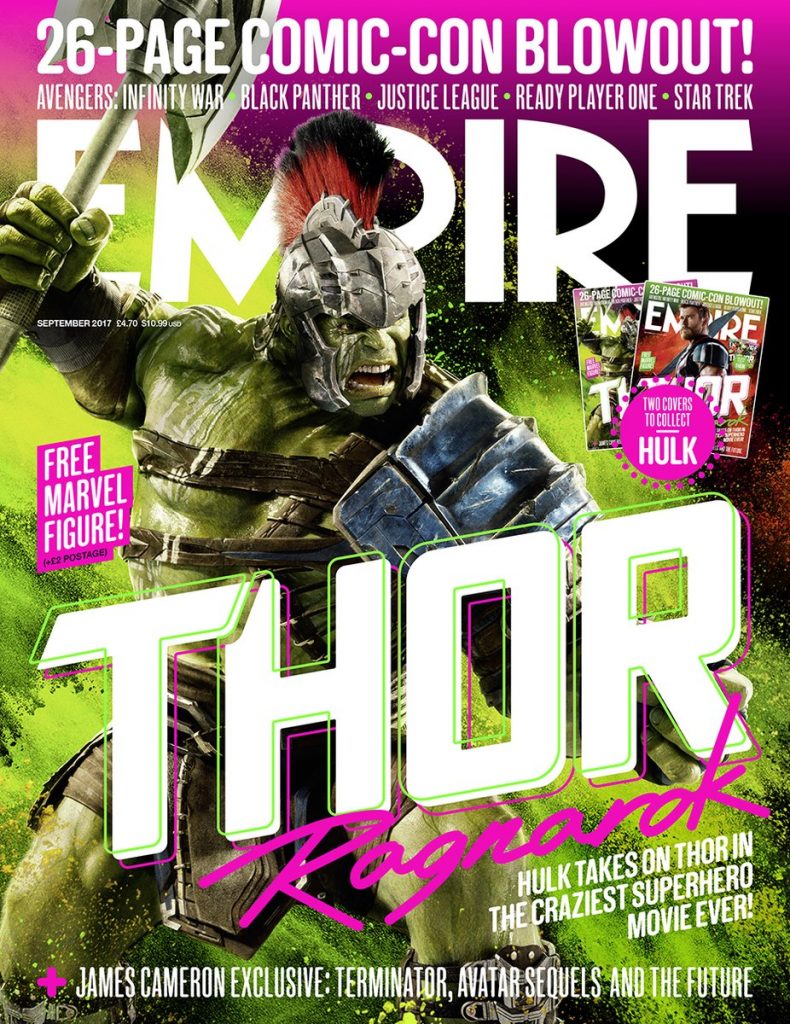 The Devil spends his last day on Earth with his friends. Dan has a strange encounter with his killer on #Lucifer. https://www.geekgirlauthority.com/lucifer-recap-s06e09-goodbye-lucifer/

This week's Saturday Morning Webtoons focuses on the fantasy worlds of Happily Ever Afterwards and My Gently Raised Beast - check them out!