Batman v Superman: Dawn of Justice is still in theaters tearing up the box office despite it’s bad reviews, but Warner Bros. is already hard at work on their next big film, Wonder Woman, starring Gal Gadot as the titular character.

The Daily Mail in the UK has got their hands on some great shots from the production of the film where we see some very pivotal moments in Wonder Woman’s origin story — Steve Trevor (Chris Pine) hitting the shores of Themyscira.

In the pictures below, we can see a battalion of WWI soldiers with their guns raised as they are approached by some Amazon Warriors on horseback. It looks like there’s a pretty nasty stand off between the two sides. We also get to see Robin Wright as General Antiope. 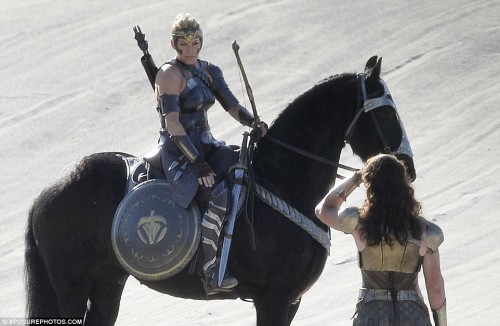 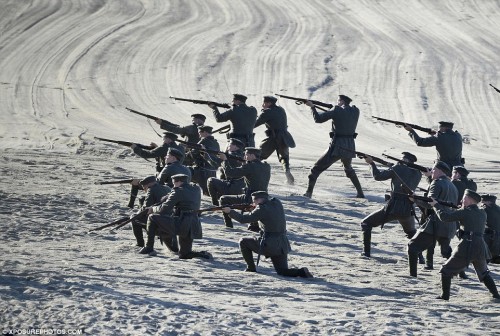 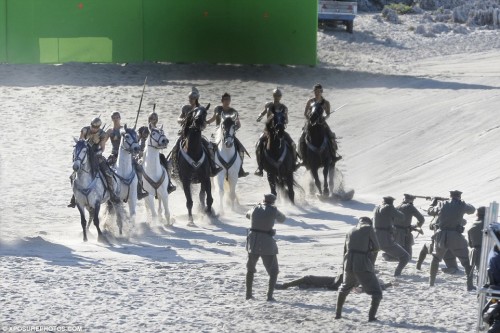 But then we have a completely different side — that of Diana (Wonder Woman) finding an unconscious Steve Trevor washed up on the beach. She appears to nurse him back to health and revive him, but then they seem to be spooked by something they see off screen. 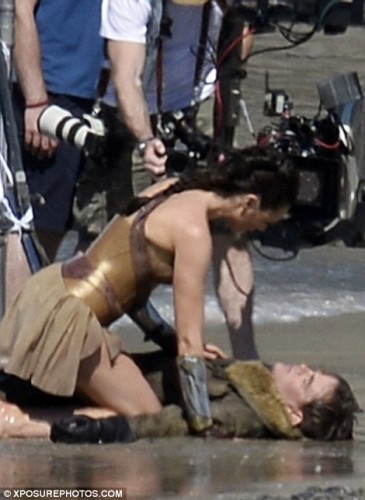 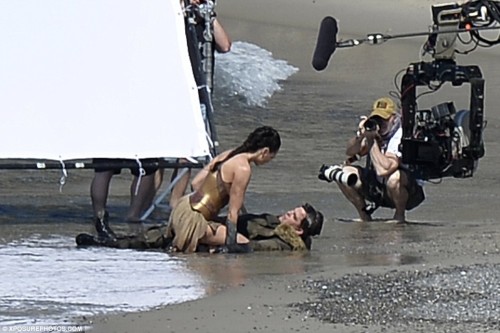 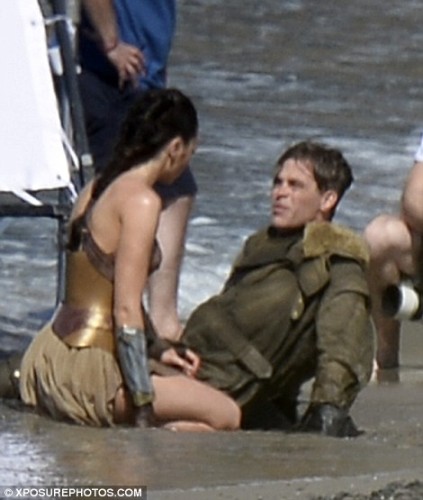 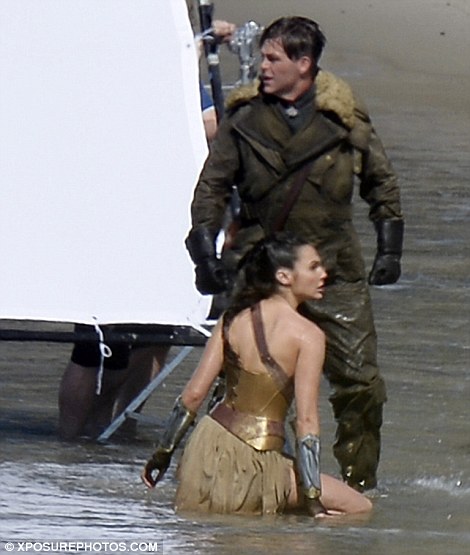 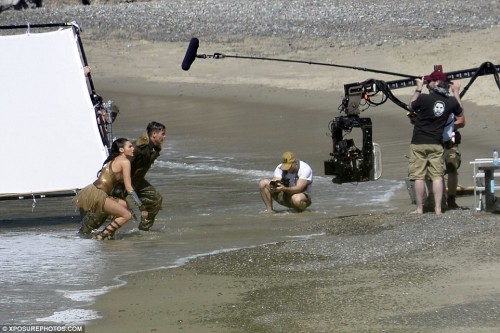 This is exactly where her story of becoming Wonder Woman starts. She sees that not all men are evil and that the greater, wider world might just be worth saving, which goes against what she’s been taught on Themyscira. It’s here that she decides to enter into the world of men and help save them.