We know that the film is written and directed by Josh Boone and that it goes into production this summer, but we know very little else about Fox Studios‘ next entry into the X-Men franchise, The New Mutants. Last summer some casting rumors about the film put Game of Thrones star Maisie Williams in a lead role as Rahne Sinclair, a.k.a. Wolfsbane, the tortured Catholic mutant who can transform her body into a feral lupine human. Basically, she’s a werewolf who can go full wolf or just partially, depending on her emotional state. 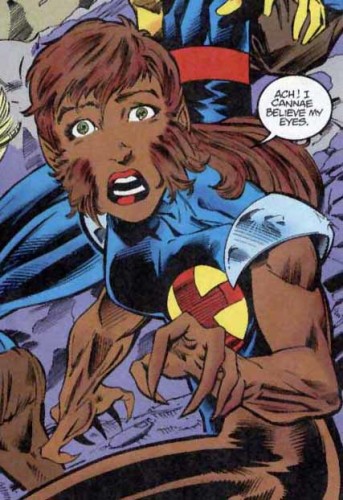 Those rumor were denied, but as of this weekend, they were reinvigorated when the film’s director, Josh Boone, tweeted out some concept art of Wolfsbane by artist Ashley Guillory and tagged Maisie Williams in it. Though he fell short of saying that the art WAS absolutely Maisie Williams, tagging her in the piece is a pretty solid sign that she is the model for it. That and the fact that it looks like her.

Take a look for yourself!