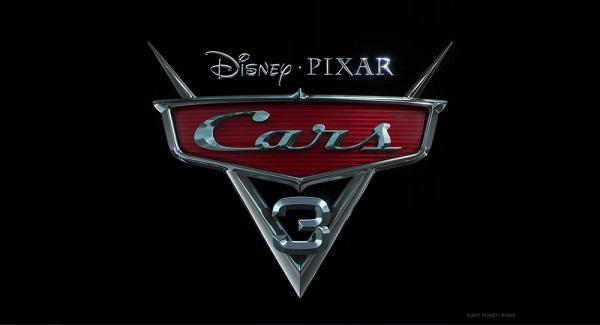 Today Pixar and Entertainment Weekly  revealed two new characters in the upcoming Cars 3 movie. These two new characters, Jackson Storm and Cruz Ramirez, will be the representation of this generation but with completely different points of view.

If you have seen the trailer for the movie, which will be coming to theaters in June, then you know Lightening McQueen (voiced by Owen Wilson) will be involved in a terrible accident of some sort. While we don’t know exact what happens, thankfully, we do know that Lightening McQueen goes through some soul searching. During this time, he is met by rival fast car Jackson Storm (voiced by Armie Hammer), a millennial with a strong sense of entitlement. 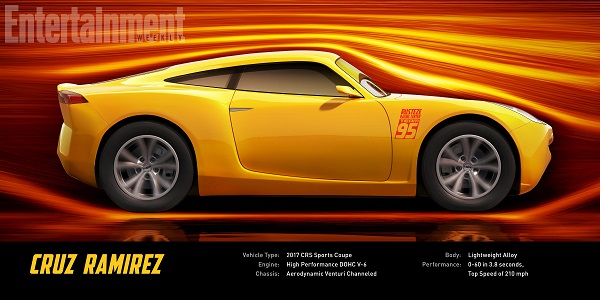 I can’t help but feel a little nervous about this movie. I loved the first Cars movie because of the setting and the life lessons that Lightening McQueen learns in the end. In reading about the new movie, there are some parallels between the two movies. Lightening McQueen was the young upstart in the first movie, with Doc Hudson (voiced by Paul Newman) being the old, wise car from a bygone era. Cars was about Lightening McQueen finding himself, respecting the past, and learning the true value of friendship. But it was also more than that; it was a story about the changing times in society. Radiator Springs was a booming town before the highway came along. People suddenly wanted things to be faster and more convenient so they no longer had the time for a slower-paced, small town in the middle of nowhere.

In some ways, Cars 3 sounds like it might be trying to show those changes once more. Jackson Storm represents the present and the future, with his high tech upgrades and speed, while Lightening McQueen represents the past, when things were a little slower.

I only hope that they can capture the emotion and the feel of the first movie and not focus too heavily on the stigma placed on the term “millennial.” I also can only handle so many “mid-life crisis” jokes.