Alright nerds, listen up. There’s not much news in this particular post, but that doesn’t mean it’s not worth your time.

The newest Marvel series out of Netflix, Luke Cage, hits our multitude of screen options in just 14 days — on September 30th — and, as such, as we’ve already mentioned here countless times, publicity is in full swing.

No, we don’t have a new trailer, but do you really need a new one after that other trailer was so dead on?

And no, we don’t have any new spoilers to give you, but do you really want any more? We already know the cast, already know the basic story and we’ve already seen Luke Cage in an Easter Egg nod to his original costume, with gauntlets and a tiara. 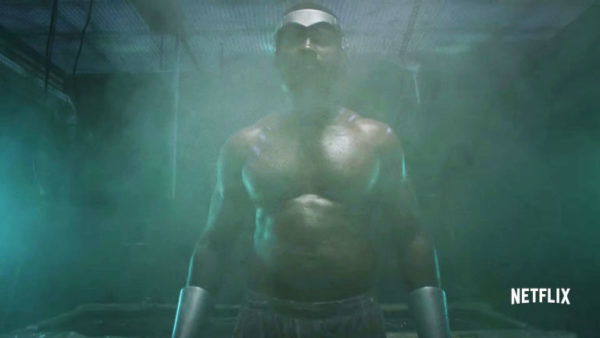 In fact, we’ve already got the episode titles, each one taking after a Gang Starr song, and we’ve already got reviews in for the first half of the season saying that it might very well be the best in the Netflix/Marvel Defenders series up to this point.

So, really, there’s nothing you should want now other than the full series, and yet, Marvel and Netflix, much like a Christmas Miracle, just keep right on giving.

The posters don’t really give too much away about the characters. We’ve already seen Claire in every other Netflix series, so we know what to expect from her more or less. With Missick’s Misty Knight, we’ve seen her in the trailer and know to expect absolute greatness from her. But let’s take a close look and see what we can find.

First of all, in the Claire Temple poster, we see her character standing tall and proud, poised and unmoving, with a quote from her —“If you want justice, you have to get it yourself.”

This is a marked difference from her character in the first season of Daredevil. That character, just a hard-working nurse at a Hell’s Kitchen hospital, felt that the best strategy was to keep your nose clean, stay out of trouble, don’t get yourself hurt and let the police do their job. But now we see her more or less taking the position of Daredevil himself, that justice isn’t something that just happens — it’s something you make happen.

With the second poster, Misty Knight, we see the character, much like Temple, standing up straight, tall and firm, with a perfect hint of attitude in her smirk, daring you to try and take her. Her quote is, “I don’t seek justice, I stalk it.” 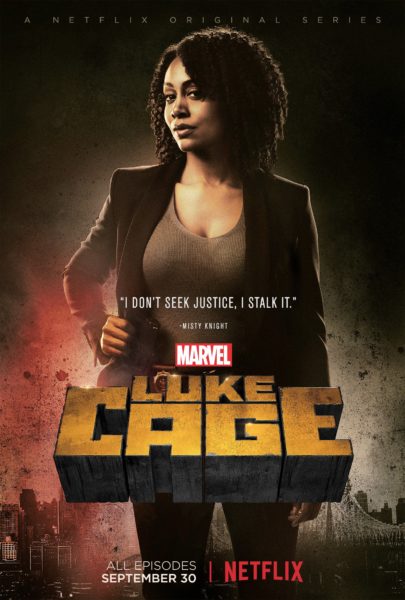 This gives us the idea that she is always after justice and fairness just like her hero contemporaries. But, using the word stalk gives us the impression that her crusade is a more active one, a hunt from the shadows for her, as if she is a lioness, always poising herself to jump on the unjust.

According to the site, more character posters are expected. We will do our best to update this post as they come in. So, if you’re excited for Luke Cage, then check back her throughout the next few days.

As promised, Netflix has released three new character posters, with these focusing on the villains in the series: Shades Alvarez, as played by Theo Rossi, Mariah Dillard, as played by Alfre Woodard, and the big time mamma-jamma villain Cornell “Cottonmouth” Stokes, as played by Mahershala Ali.

In the Shades poster, we see him standing with a smooth, cocksure readiness, completely unafraid, with the quote, “The key to a good lie is that it runs parallel to the truth.” 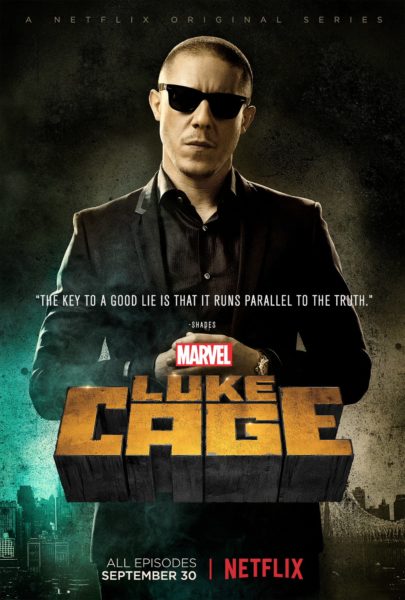 Not a lot is known about his character except that he seems to be a sort of second-in-command to Cottonmouth. With this quote we are also given the impression that he is a great liar and keeper of secrets. All of this is most likely for the purpose of keeping his employers safe. It’s likely that he works with Cottonmouth, but he may also work for Mariah.

Next we’ve got Alfre Woodard as Mariah Dillard. In her poster we see her standing up straight, but she seems more caught off guard or cautious, as if she just walked into a dangerous situation and she is assessing it. Though initially it may come off as weak, there’s a reassurance in her face that she will win whatever the fight is. 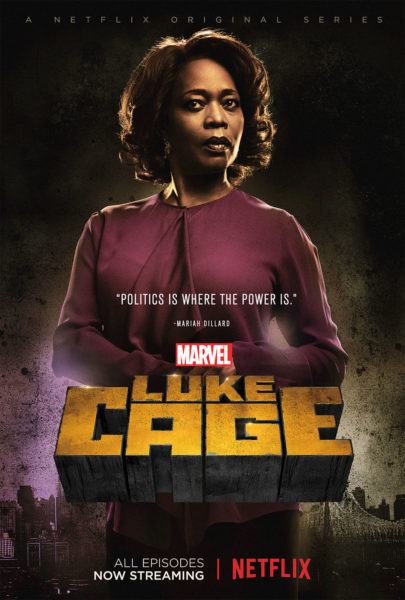 We’ve known for a while that she’ll be involved in Harlem politics in some capacity, but here we have our first real confirmation of that with the quote, “Politics is where the power is.” Interestingly, this quote carries with it a subtle indictment on anyone else who might believe otherwise. That is, to say, the power outside of politics is moot and does not matter.

Finally, we have the big time bad guy for this season — Cornell “Cottonmouth” Stokes, as played by Mahershala Ali. In his poster he is giving his now famous quote (well, famously his, if you’ve seen any of the trailers),” Everybody wants to be the king.” He says this as a man who sees himself as already being “the king.” 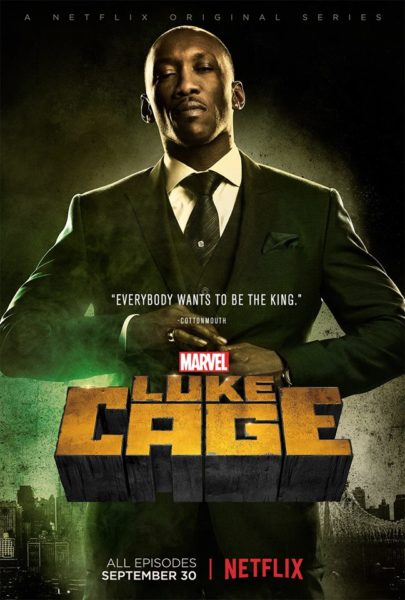 You can absolutely see this in how he’s posed. Not only is he standing tall here, but with his shoulders back and head off to the side, squinting his focus on you, daring you to challenge him. He’s either buttoning his coat in the aftermath of a beat down or calmly unbuttoning to prepare for one that he knows he’s going to win. Not only does he know he’s the king, but he doesn’t really fear losing his power. In his mind, he’ll always be the king.