We can always count on the good people of Comicbookmovie.com to get the scoop on some great pictures that no one else has yet. In this case, they got their hands on some scans of the upcoming Fox release, Logan, which will see Hugh Jackman reprising his role as Wolverine for one last time. The scans are from an upcoming issue of Empire Magazine and they give us a new batch of photos of what we’ve seen in the trailers.

First of all, we’ve got a great new picture of Logan chilling in an alleyway, dressed in a nice suit while some guys seemingly up to no good loiter behind him. 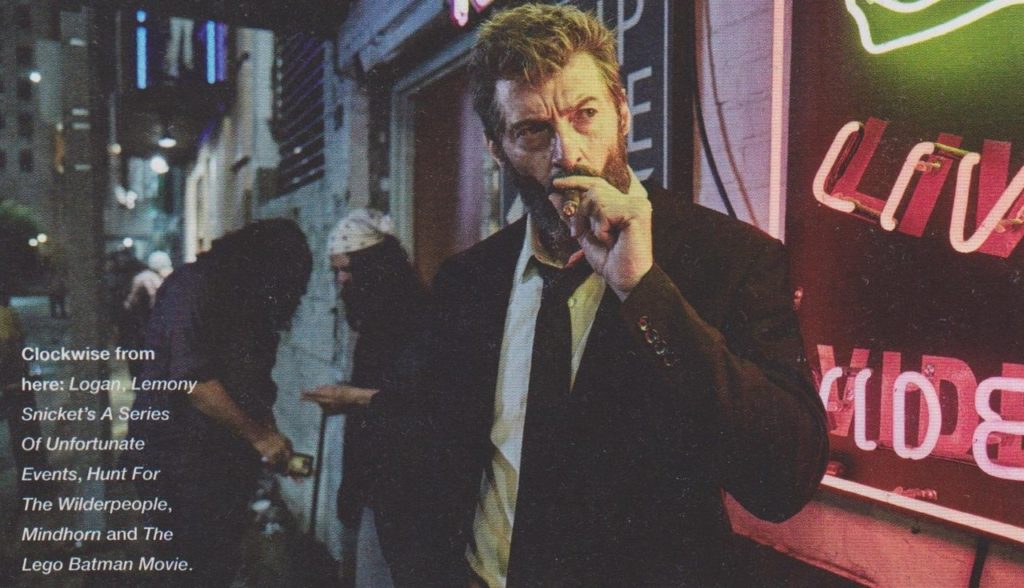 This picture is of Stephen Merchant in the role of Caliban, the mutant who can sense other mutants and what their powers are. He’s sort of like a bloodhound for mutants. It appears from all we’ve seen that Caliban is on the run. Our guess is that Donald Pierce and the Reavers have been using him to track down other mutants to experiment on. 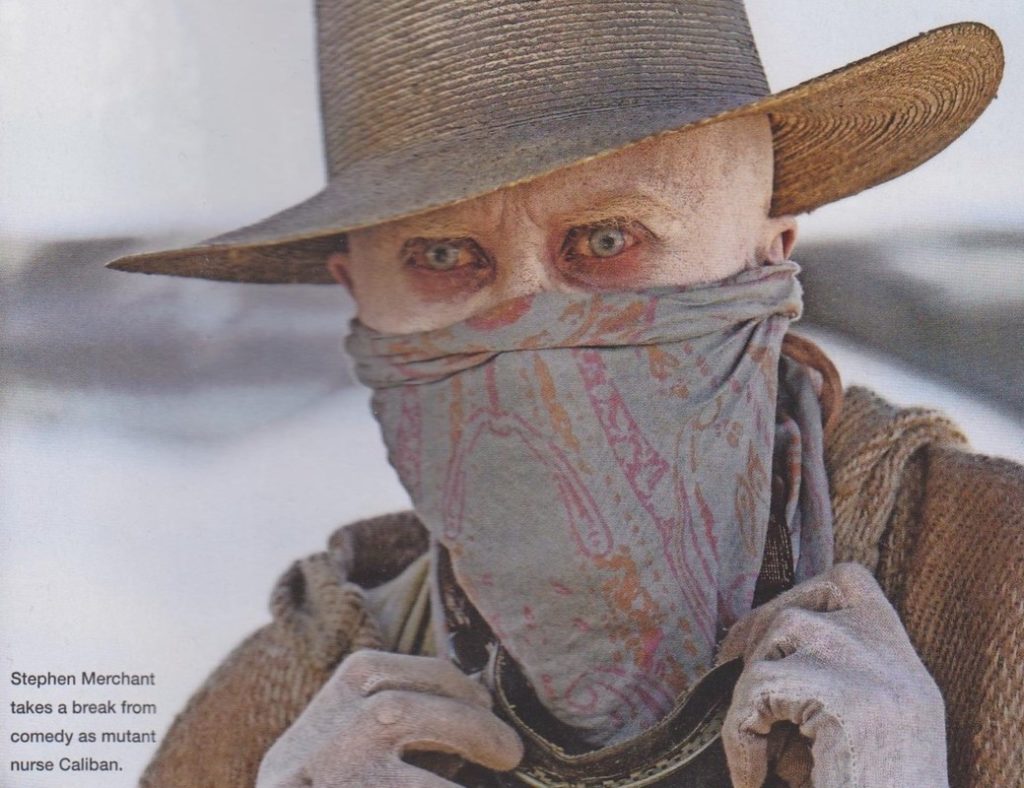 Speaking of Donald Pierce, here we can see a picture of him as played by Boyd Holbrook. We can see for the first time that he’s got a sick skull & crossbones tattoo on his neck. He’s standing here with the rest of his Reavers, a militia group composed of mutant-hating cyborgs hellbent on the full extinction of the mutant menace, which they see as an unholy abomination in God’s plan for humanity. 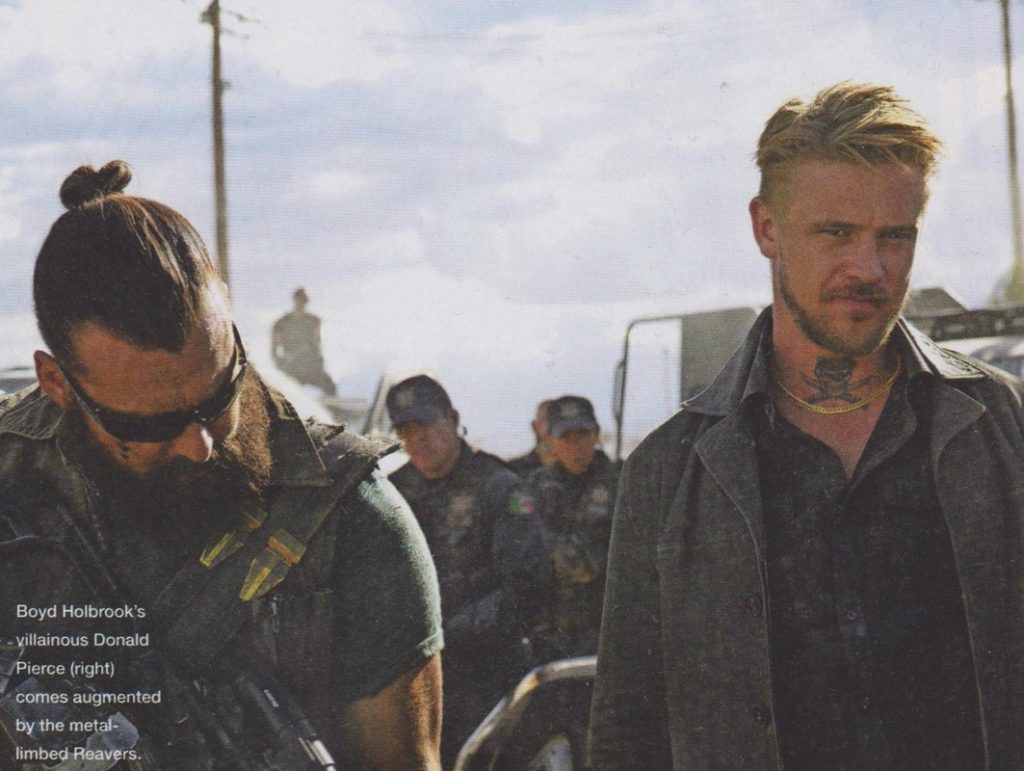 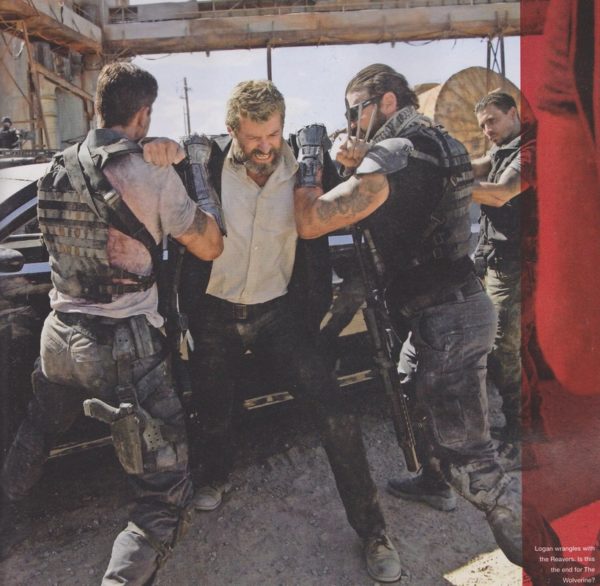 Finally, here we see our first solid look at Richard E. Grant as Zander Rice, the scientist behind the Weapon-X facility that created the Wolverine clone known as X-23. 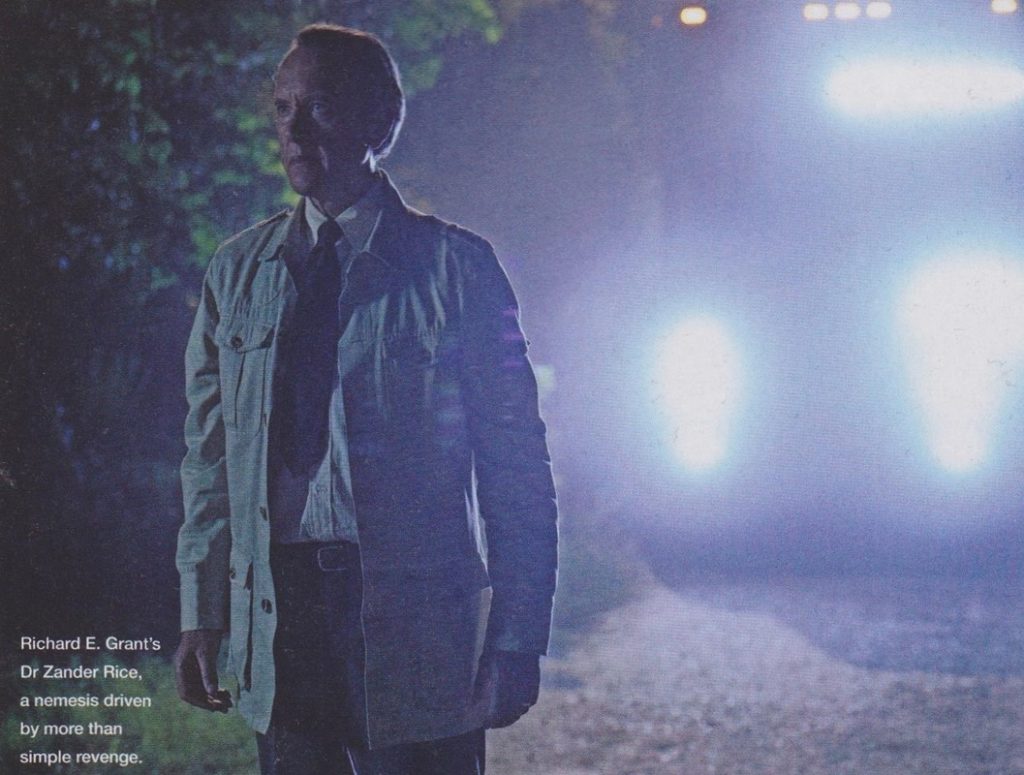 It’s assumed that he’s responsible for The Reavers, perhaps having even created them. By all accounts he certainly seems to be the leader of The Reavers as everything we’ve seen of him has been in context with them. Our guess — X-23 escaped from his lab and he’s anxious to get her back.