That’s right, friends. Justice League is less than a month away and they still refuse to acknowledge Superman. A brand new poster was released, showing all the characters in action poses. While the poster is bright and fun, it’s still missing our favorite flying superhero. I think it’s about time they embrace Superman, don’t you?

The poster shows off 5 of our heroes in ready-to-rumble poses. And one of my favorite aspects of the poster is where starring actors names would typically be, it’s replaced by the heroes names. It’s a nice little touch! However nice the touch though, I still can’t forgive it for lacking Superman. We already know he’s coming back, DC. Just show him to us.

In the most recent trailer for the film, we saw Clark Kent by his family home talking to Lois Lane. By the edit, we’re made to assume that it was a dream sequence. But we all know he’s coming back, there’s no secret. But, despite the lack of Superman, it’s a great poster. They’re also doubling down on the “You Can’t Save the World Alone” tagline (with Superman’s symbol, I’m just saying..). We’re all in come November, right?

Let us know what you think of the poster below! Do you like it or are you wishing for more Superman like me? Be sure to come back to Geek Girl Authority for more Justice League news! Justice League teams up in theaters November 17th. 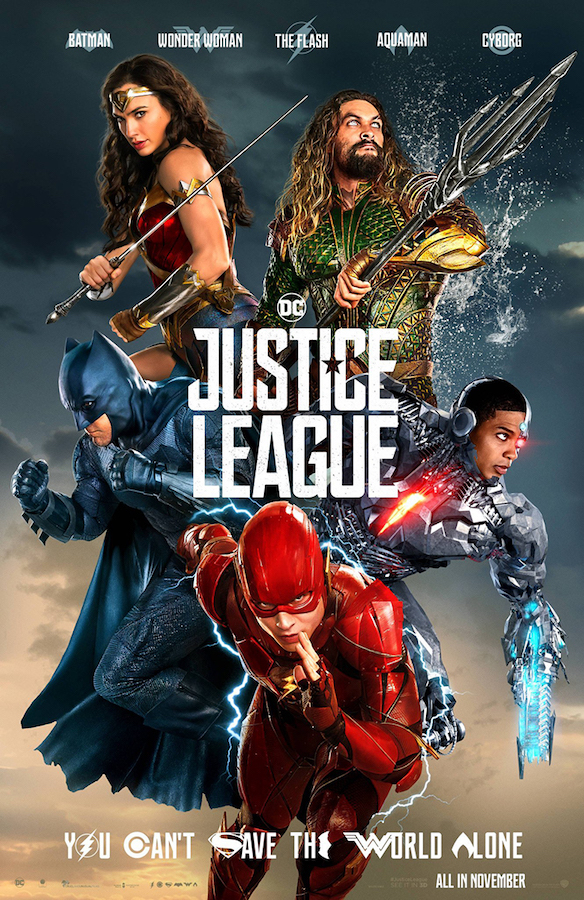