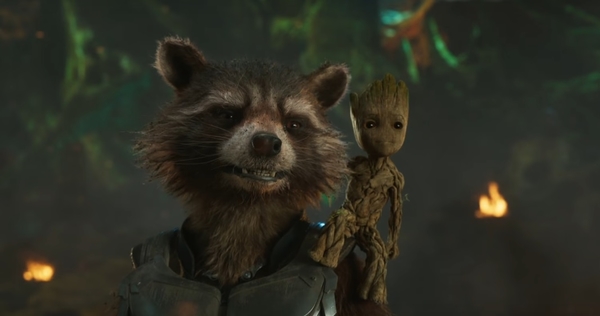 During the Superbowl last night, we got another look at Guardians of the Galaxy Vol 2 and it did not disappoint! Clocking in at a minute long, the new spot featured some new footage along with some footage we’ve already seen in previous trailers. But new footage such as Gamora rocking a gun the size of a car!

We see more space battles, more explosions and yes, even more jokes. Drax has become almost the focal comedy point, with the previous trailer highlighting his lack of tact. He’s become the runaway star of this series and they continue that trend in this spot as well. Rocket has also become the one to acknowledge their name – The Guardians of the Galaxy. Who he’s saying it to is unknown but they’ve become one of the team.

The spot really shows off that Yandu, Mantis and Nebula become apart of this ragtag group of accidental heroes. Whether they become full members or are just helping with this particular mission is unknown at this time. It’s great to see more Mantis with her bubbly disposition. Nebula is also a surprise, looking like she may be flying the Milano! Though that may just be editing. Who will stay, who will betray – we’ll find out soon enough!

What did you think of the spot? Are you looking forward to the film even more now? Let us know and be sure to see Guardians of the Galaxy Vol 2 in theaters May 5th!