New FULLMETAL ALCHEMIST Teaser Shows Us Where It All Began 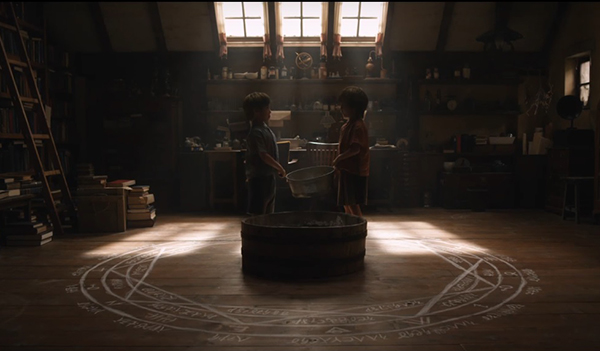 Fullmetal Alchemist fans we have more footage! There’s a new teaser and it gives us a great look at the film, although brief. The hugely popular manga and anime series is getting it’s live action debut this year. With the film slated to release in December, we’ve gotten only very brief looks so far.

The footage starts with the event that fated the brothers – when they attempted to use the forbidden human transmutation to bring their deceased mother back. As fans know, it doesn’t turn out well for the brothers and the younger, Alphonse, has his soul bound to a suit of armor. The footage then cuts to the brothers years later, giving us a good look at Edward’s automail arm and Alphonse in the suit. Let me just say, the armor is spot on! We also get to see how alchemy will be working in the film.

The brothers are out searching for the philosopher’s stone to restore their bodies. Will they be successful? The Japanese film stars Ryosuke Yamada as Edward Elric, Tsubasa Honda as Winry Rockbell, Dean Fujioka as Roy Mustang along with many others!

What do you think of the footage? Let us know! Fullmetal Alchemist debuts in Japanese theaters on December 1st!