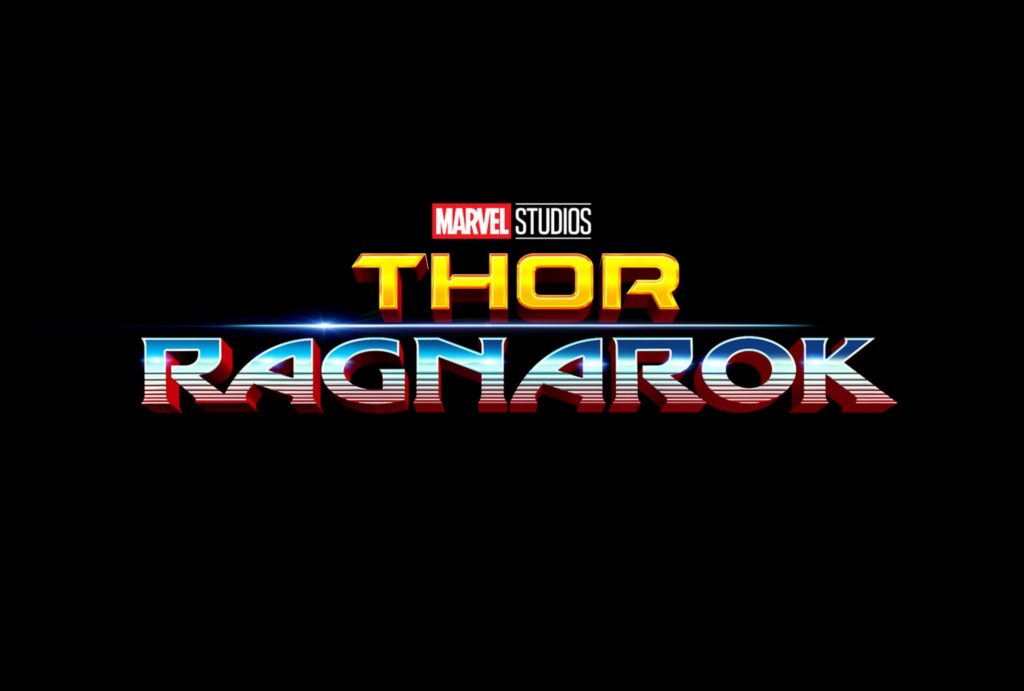 Since Iron Man hit in 2008, the Marvel Cinematic Universe has continued to simply push onwards, slowly biding it’s time in development between it’s giant leaps forward once any film finally hits. We got Doctor Strange in theatres in November and now, as of today (Happy Valentine’s Day!) we have the Digital Release of the film, with the DVD/Blu-Ray release rolling out on the 28th.

Thanks to that home release, we have some new concept art to look at for Thor: Ragnarok! In the art, we get our first real look at Cate Blanchett as Hela, who seems to appear out of the shadows. Interestingly, it seems that Blanchett appears to Thor and Loki while the two brothers are somewhere in New York. We also get to see concept of Hulk and Thor fighting in a gladiatorial ring surrounded by a massive crowd giving us a better idea of the scale of the fights they are in. 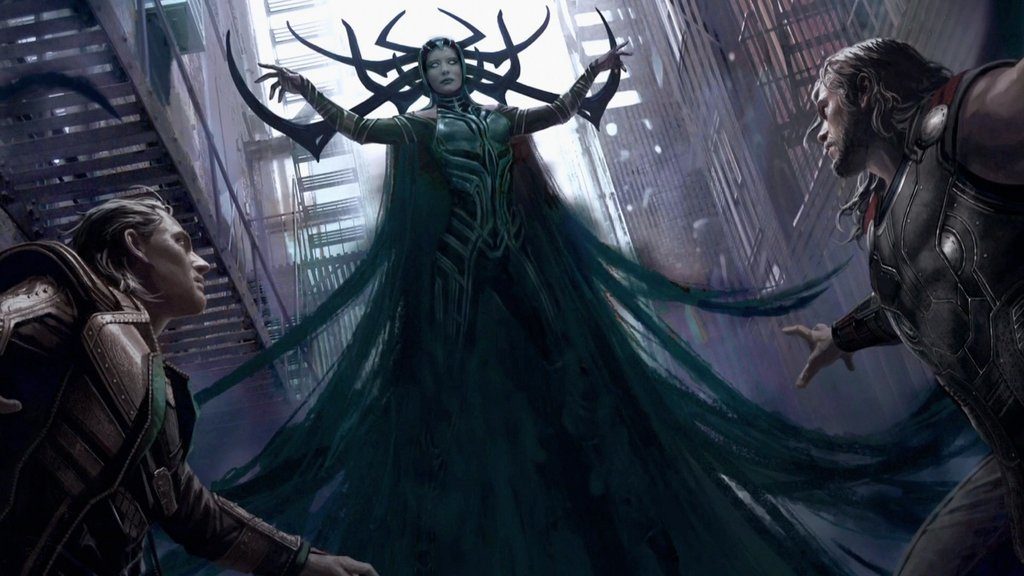 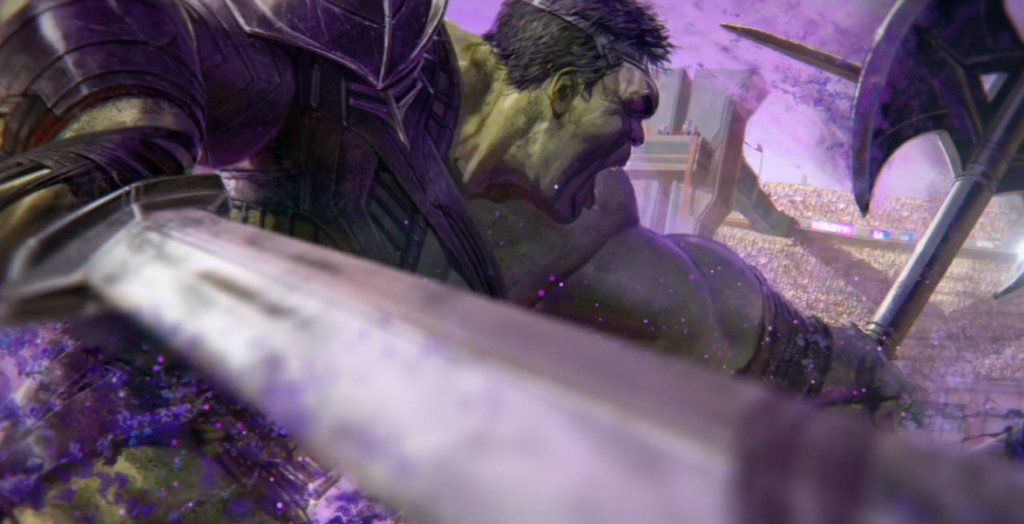 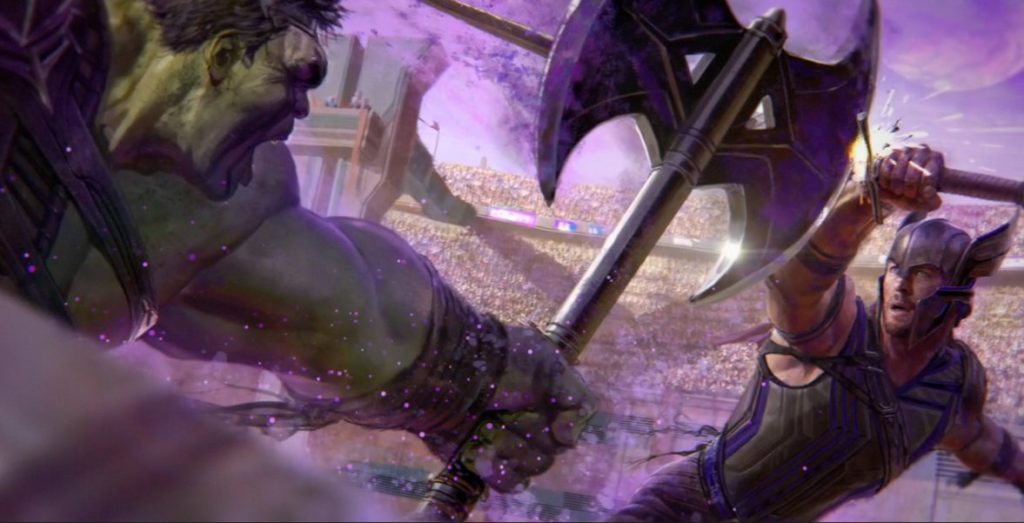 We also got some production stills of Chris Hemsworth as Thor, presumably holding aloft his mighty hammer, Mjolnir, as he summons forth the lightning. With the background we see here, it seems as if he is in Hela’s realm of Niffleheim. Along with these stills we can see a CGI rendering of Hulk in the ring wielding gigantic weapons. 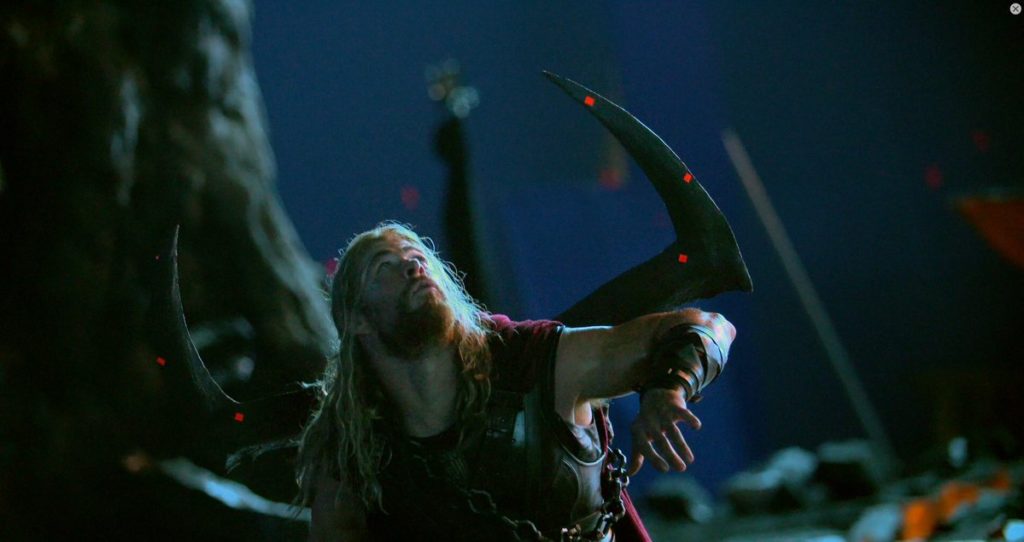 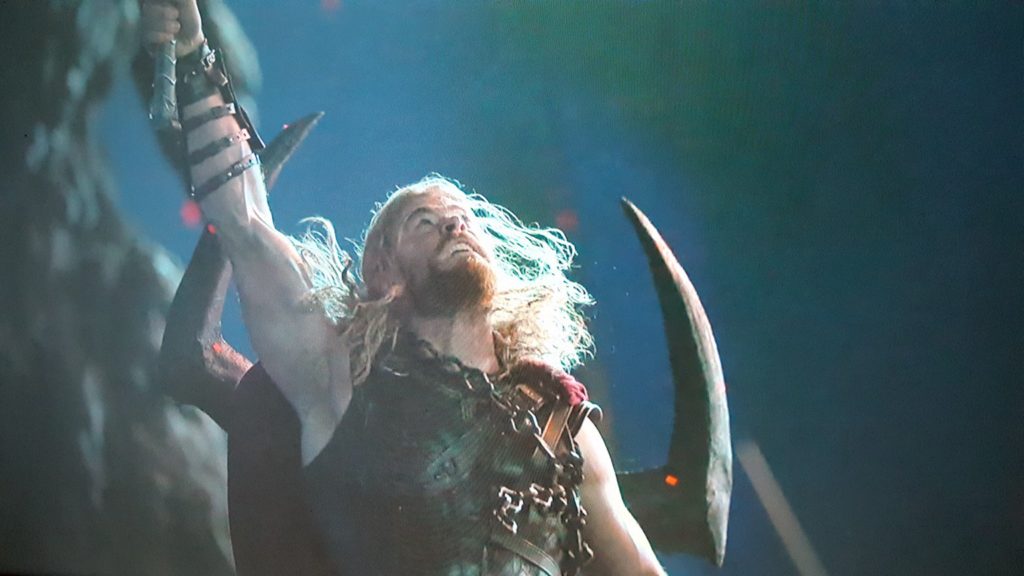 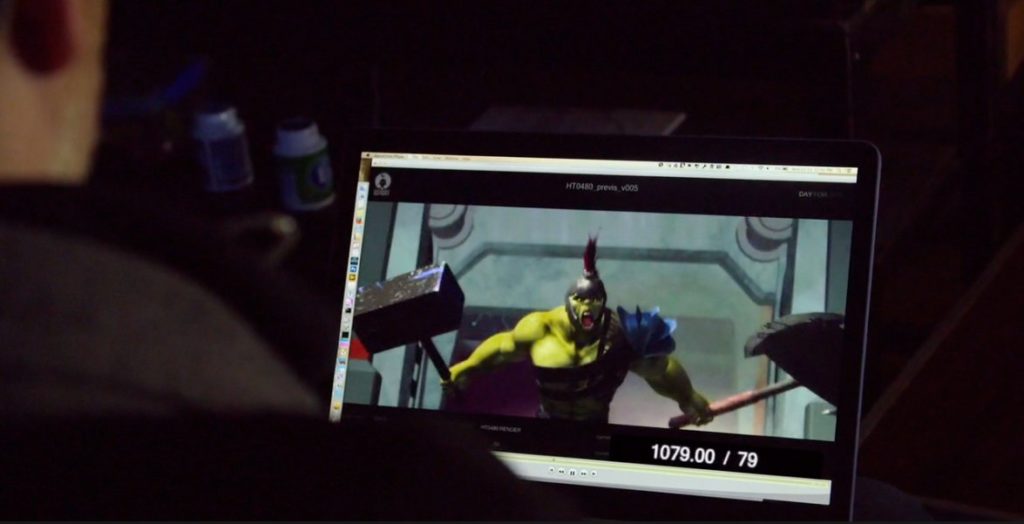 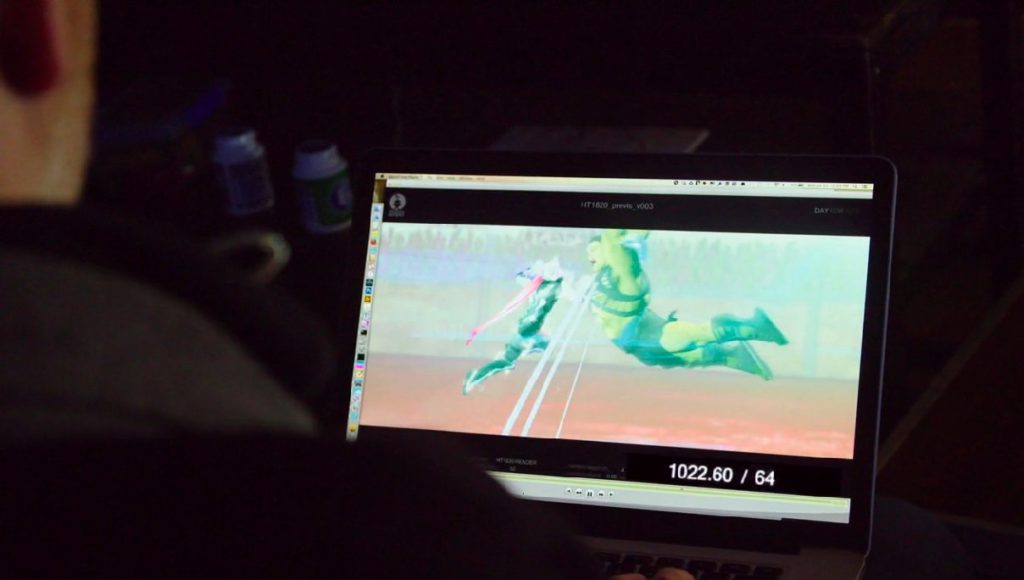 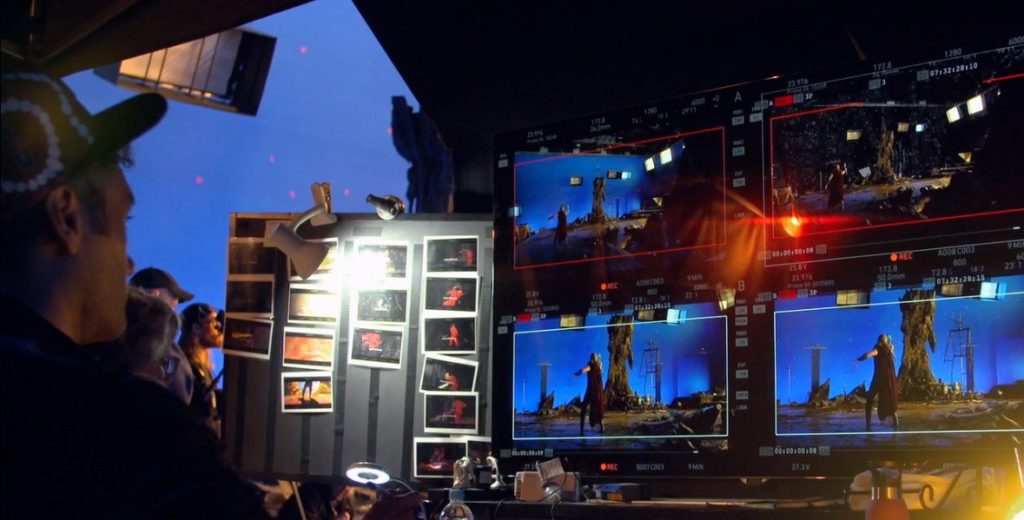 Along with these production stills, we also got some very strange looking alien costumes that could also pass as costumes in a Broadway re-imagining of a Greek Tragedy. 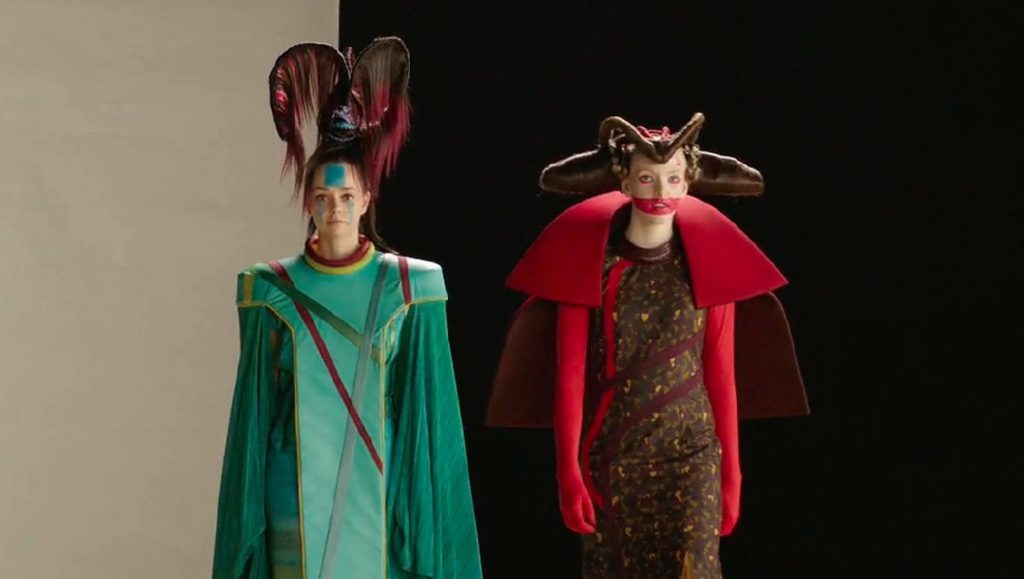 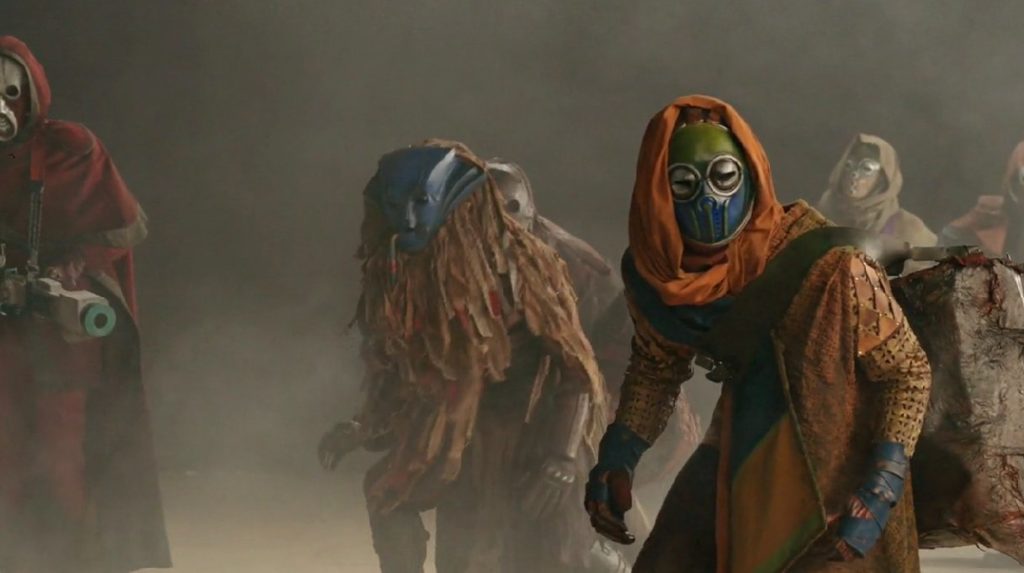