New BLACK PANTHER Trailer Takes Us to Necropolis and Beyond

What’s that emoji that has the giant surprised eyes and pencil thin mouth, as if it’s just taken in far too much information to process the sundry splendors it’s just beheld? 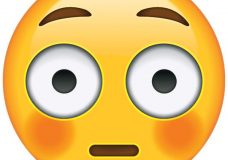 Welcome to the new Black Panther trailer, where your face will do the same thing.

This morning Marvel Studios released their first full trailer for Black Panther, sneaking it onto the internet without an announcement — the true King of Wakanda would have it no other way. 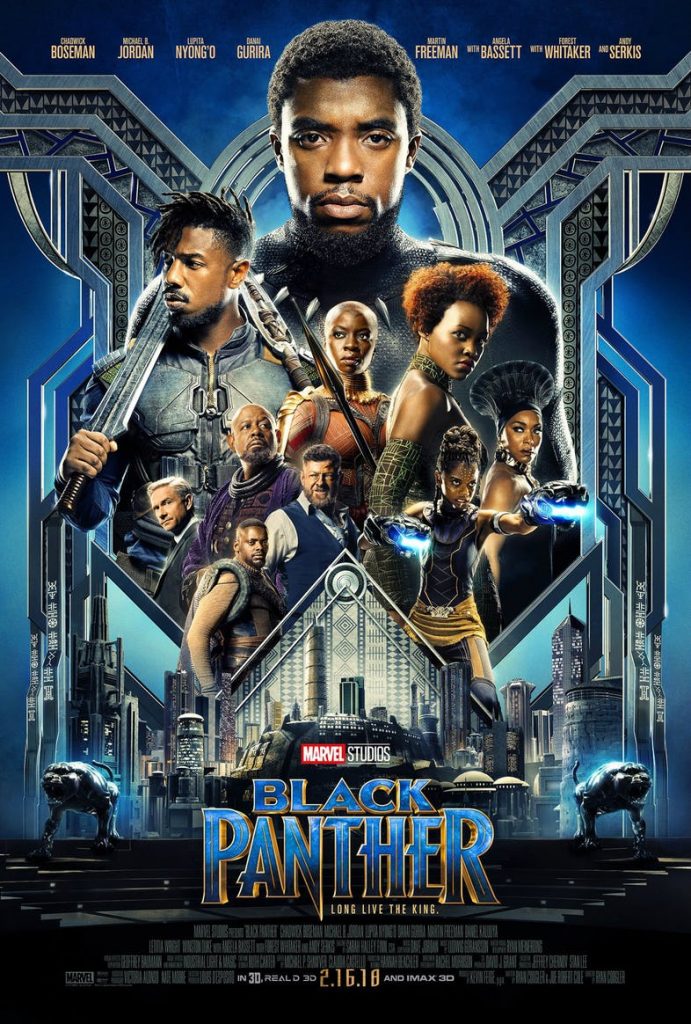 Now indulge as we discuss our favorite moments, biggest questions and most excitable references.

This was the first thing that popped out to us — Necropolis. It’s the place in the comics where the current King of Wakanda can commune with the spirits of the past Kings of Wakanda. It’s a mystical place where their spirits commune with their ancestors, seek guidance and become better kings. There’s been speculation and curiosity around this place, with fans wondering if we’d get to see it in the film or if it’d even be a part of the mythology. Here, it seems, is our answer.

Half way through the trailer, we see T’Challa (Chadwick Boseman) walking through an ethereal place, brilliant cool purples and blues illuminated like the Aurora Borealis, over an African plain. In the tree ahead of him, we can see three or four panther spirits staring into the eyes of a confounded, awestruck T’Challa. It seems clear from his face that he’s never been to this place before; either that, or he’s humbled every time he comes to this place.

It’s also entirely possible that this is not Necropolis, but an ethereal plane where the King of Wakanda can come to commune with the Panther spirit, Bast. Wakanda is a very religious place. We’ve already heard mention that M’Baku (Winston Duke) of the outlawed White Gorilla clan worships a forbidden god, the White Gorilla God, so it would make sense here that the Panther clan worships a Panther deity. In the comics, that deity is Bast.

SHURI, SISTER TO THE KING

Letitia Wright is playing Shuri, the sister to T’Challa. In the comics, she is a willful, headstrong and confident woman who knows more than anyone else, including their panther god Bast, that her fate is to become the Black Panther. And she’s right. At one point, when T’Challa is gone, Shuri earns the right to be the Black Panther, leader and protector of Wakanda.

From the footage seen at San Diego Comic Con and now here, in this trailer, it seems that Marvel Studios has made her role more one of chief technology officer for Wakanda than warrior. In interviews with Wright, and now in this trailer, we see Wright runs a highly advanced lab and has, by all appearances, created a newer, sleeker Black Panther suit for her brother to wear.

However, that’s not all. Towards the end of the trailer, if you look closely, as Nakia (Lupita Nyong’o), fights Killmonger (Michael B. Jordan), we can see Shuri in the background. She’s got her panther gauntlets on, aimed directly at the villain hellbent on taking over Wakanda.

Also, can we all just take a moment to appreciate the moment she has with her brother in her lab where they have their own special handshake? It seems trite to bring it up, but that moment really shows off their relationship and gives us a sense of history between these two.

RELATED: Description Breakdown of the Fight Scenes in BLACK PANTHER

So here’s our question regarding Erik Killmonger, one of the many villains surrounding T’Challa — does he win?

Here’s why we ask this. In the trailer we see the villain burning a stone chamber filled with Panther iconography as he walks through it. That can’t be good.

But even more inciting is that we then see a pitched air battle between those kick-ass Wakandan jets. In it, we see a jet we’re lead to believe is a villain’s jet firing off a volley of advanced rocketry. Then we cut to the rubble below to see T’Challa, his mask off but ready to fight, approaching the castle grounds with his arms held wide.

We then see that T’Challa is approaching Killmonger, who stands with W’Kabi (Daniel Kaluuya), and many of the Dora Milaje — none of whom are even trying to stop him. This, to us, seems to say that Killmonger has a rightful claim to the throne and it’s up to these two men to settle this fight once and for all. In fact, this scene makes us wonder if there’s a contingency inside T’Challa’s inner circle who actually agrees with Killmonger’s approach to leading Wakanda. This would include W’Kabi, T’Challa’s childhood best friend and most trusted advisor, who stands right next to Killmonger as T’Challa approaches. Is he part of a coup to overthrow his best friend?

The trailer kicks off with Everett Ross (Martin Freeman) talking to T’Challa about Wakanda, saying, “I have seen gods fly. I’ve seen men build weapons that I couldn’t even imagine. I’ve seen aliens drop from the sky. But I have never seen anything like this — how much more are you hiding?”

From there, the rest of the trailer plays out as if an answer to this question and — it’s a lot. We see Okoye (Danai Gurira) flying a Wakandan jet, her hands hovering over holographic controls we can’t see. The jet then flies through a forcefield designed to hide the true Wakanda from the rest of the world.

This country has remained hidden for centuries, allowed to thrive and grow without any hint of Western influence, and this shows. This city, this country, the people, wardrobes, technology, culture — all of it — is based completely in Afro-futurism and is unlike anything any of us have ever seen. It has electromagnetic monorails running through the city, technologically-advanced architecture built into the landscape and seemingly primitive weapons that can do things nothing in the West can come close to.

Everything is different, as it should be.

After the events of Marvel’s Captain America: Civil War, King T’Challa returns home to the reclusive, technologically advanced African nation of Wakanda to serve as his country’s new leader. However, T’Challa soon finds that he is challenged for the throne from factions within his own country. When two foes conspire to destroy Wakanda, the hero known as Black Panther must team up with C.I.A. agent Everett K. Ross and members of the Dora Milaje, Wakanadan special forces, to prevent Wakanda from being dragged into a world war.