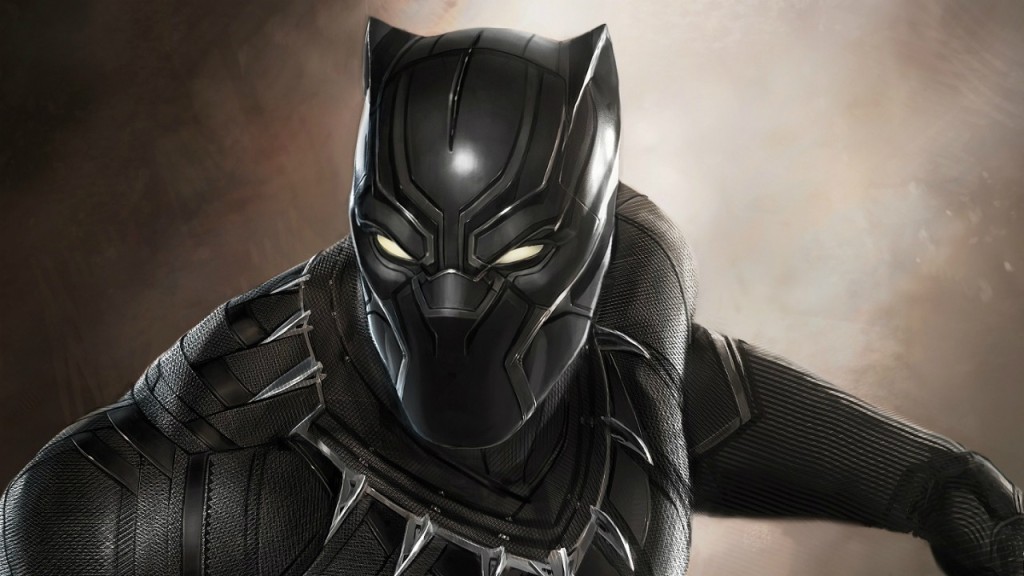 The Doctor Strange digital release hit our internets just last night and along with it came some great new concept art for the Black Panther, which is currently in production! It’s going to a be a few more months before we see anything from this film, as it’s still currently in production. The best we can hope for is a teaser at San Diego Comic Con or D23 later this year, which will put it about eight months out from it’s February 2018 release. Until then, we’ve got this concept art to make us ask all manner of questions.

For instance, in these conceptual paintings, we see T’Challa, the Black Panther (Chadwick Boseman) passing through some ancient temple ruins. We can’t help but wonder if this is Necropolis, where every current Black Panther goes to commune with their forefathers, the spirits of the Black Panthers that have come before, or is this a Vibranium mine that’s been in operation for centuries. 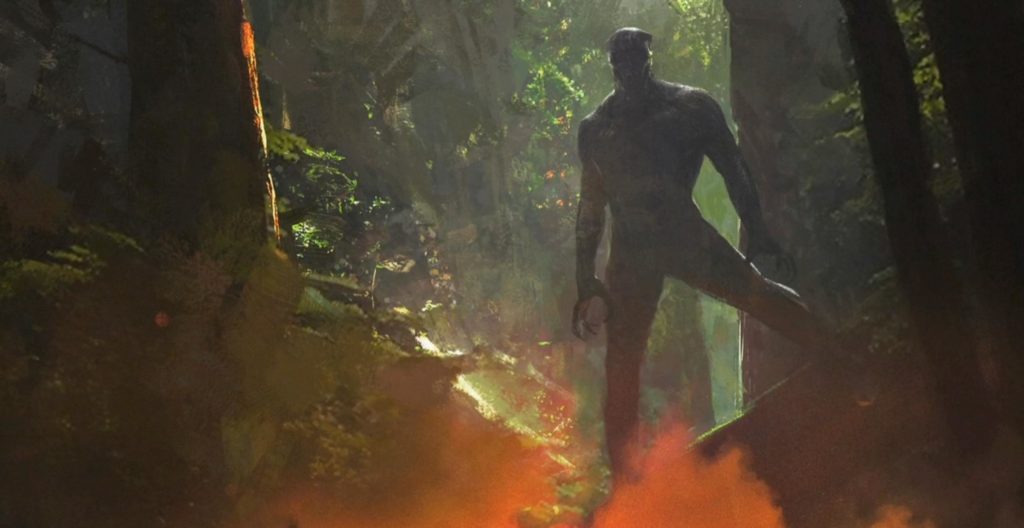 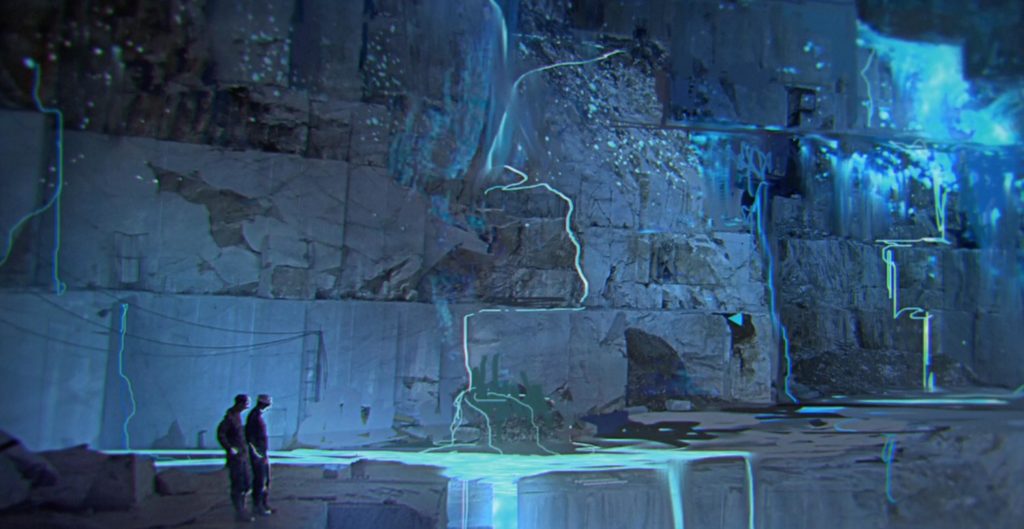 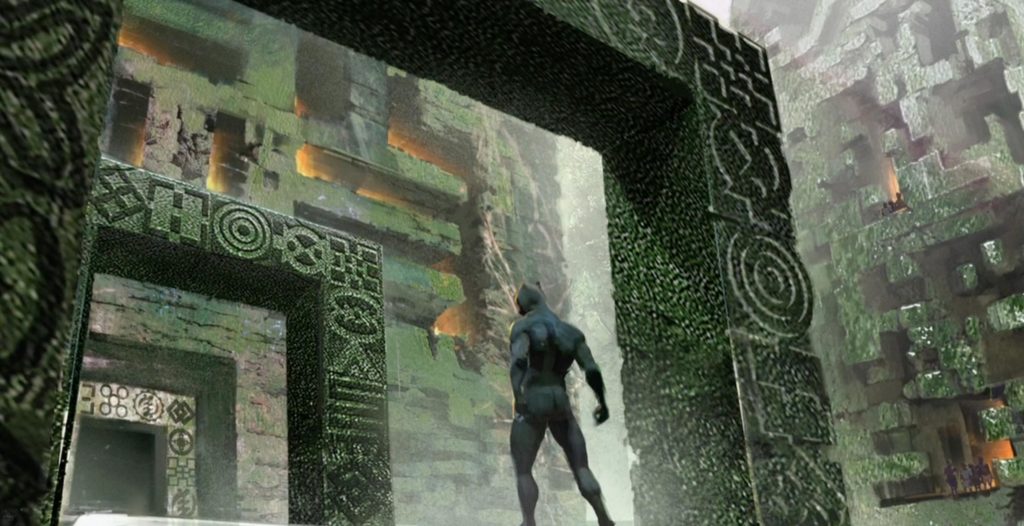 Along with these, we also have these pictures that show the cities within Wakanda and the intersection of the old with the new and technologically advanced. For instance, in one picture we see a very modern city center surrounded by older, more dilapidated structures on the outskirts. However, the switched image, looking towards the center, sees that these buildings are all retrofitted with clear walls to protect and preserve the walls of those older, and probably poorer, dwellings. 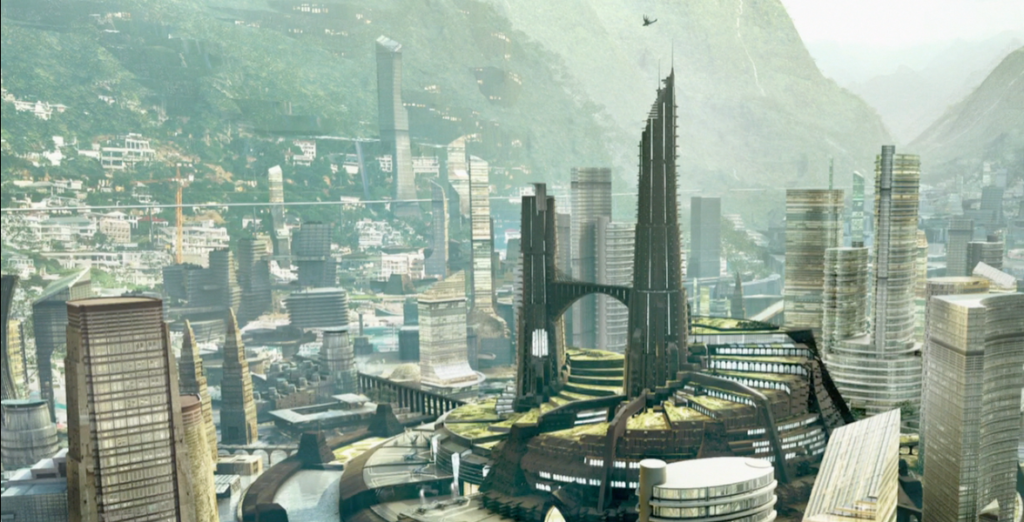 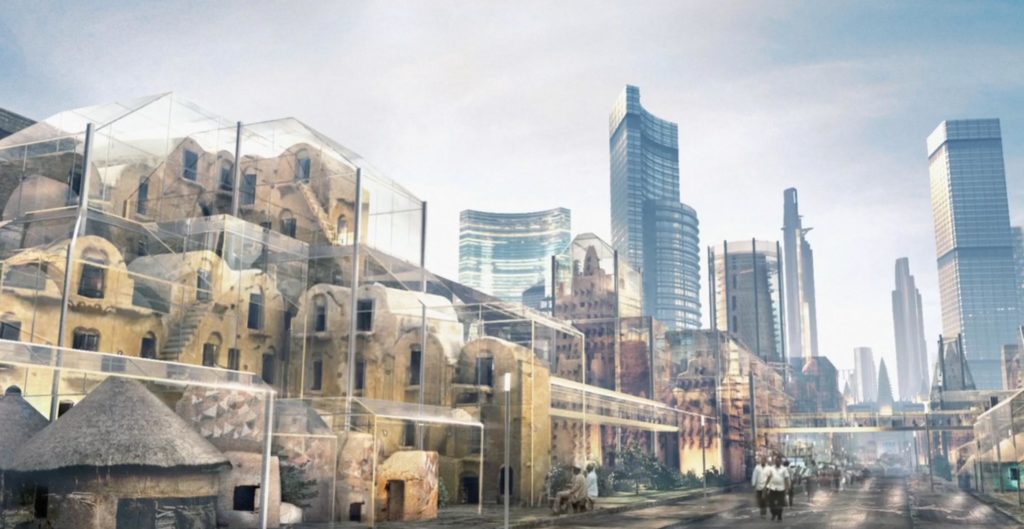 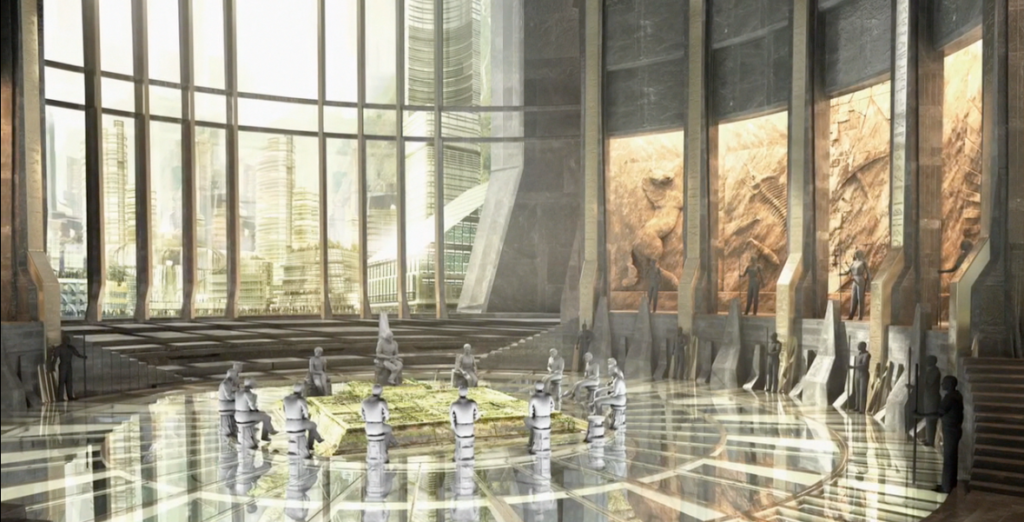 Finally, we also see Black Panther on top of a car, which we’re convinced is from the massive 150 vehicle car chase being filmed in South Korea. With this, we can assume that Black Panther is most definitely on foot and is either the pursuer or the pursued. 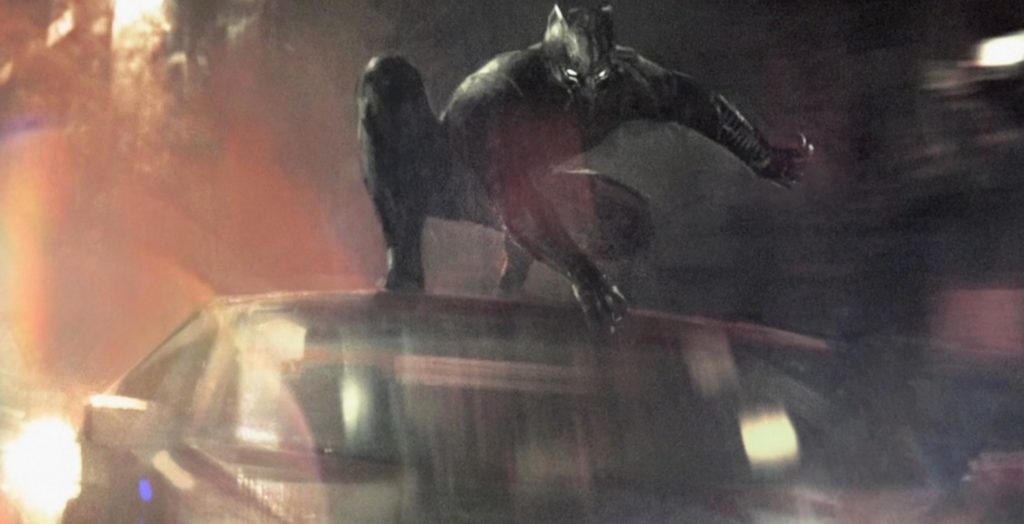